The new Apple Watch ad is a great example of excellent art direction! 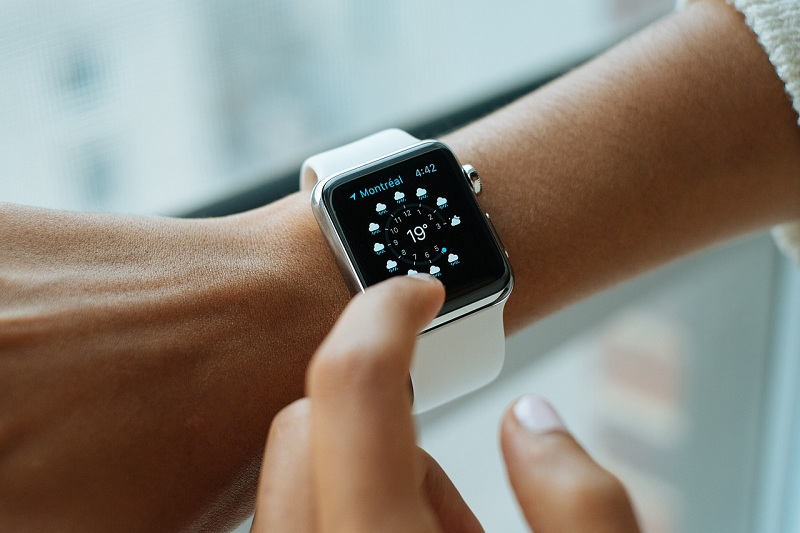 All six ads, titled Sing, Date, Train, Cycle, Sprinkle and Ride feature people using Apple Watch’s features that have been available on the device since its release on April 10, 2015.

In Sing, the wearer sends an audio message of a song he’s singing to his girlfriend. Date features actress Lake Bell, who also happens to be the narrator of the iPhone 6s commercial, enjoying a night out and getting regular notifications in the form of light vibration on her wrist via Messages.

The next two ads – Train and Cycle, shows off the Apple Watch’s fitness features. In Train, professional boxer Gennary Gennadyevich Golovkin can be seen checking his heart rate as he air boxes. Cycle showcases a user working out while wearing Apple Watch and using the Activity tracker app to track her progress.

The ad, Sprinkle focuses on Apple Watch’s showcases the Apple Pay feature, Apple’s contactless payment solution. Ride, showcase a wearer asking Siri for directions to a destination she is heading to.

Watch any of the Apple Watch ad, and you’ll agree that it’s a brilliant concept of putting together pop colors in a unique fashionable tone, each character within each of the 15 seconds timeframe moving along a brilliant story, featuring key functionality in a blip. The key focus is on the wearer using the Apple Watch, and not just the abstract product. A little eccentric – the Apple Watch ad still puts the message across in a clear, concise, and free of distraction way. It’s like watching a Vogue magazine in live-action!

Though, the new Apple Watch ad is poles apart from its widely successful, aesthetic ads, “Think Different”, showcasing montages of iconic figures. The first rule of the “Think Different” campaign was that there would be no products in the ads. The 2015 Apple Watch ads, not only showcase products but also elaborate its key features in the 15-second timeframe.

‘Think Different” celebrates the soul of the Apple brand—that creative people with passion can change the world for the better,’’ Jobs told during an interview with the Wall Street Journal Europe in April 1998.