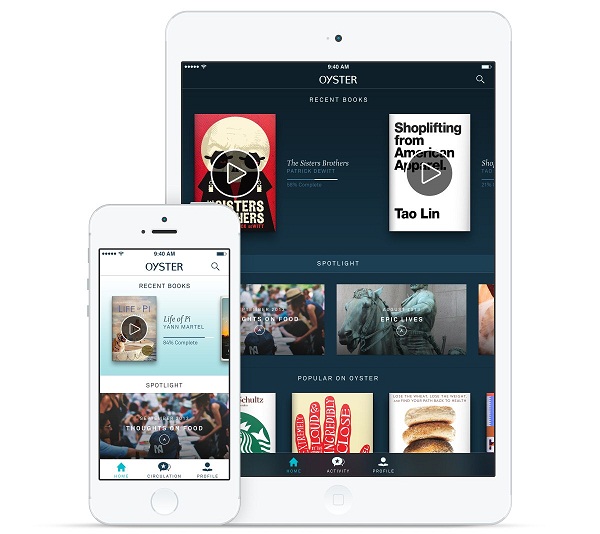 Oyster users can access the e-book services by using an application for smartphones, computers, and tablets, but not Amazon’s popular Kindle e-reader.

Oyster, an e-book subscription service that was launched with much fanfare two years ago, is calling quits. On Monday, the company wrote in a blog post that it is going to shut down its ebook business in the coming months. The company will offer refunds requested by subscribers. In the blog post, the company didn’t mention the reason behind closing its business, but hinted that they will put the service for other use.

Oyster Chief Executive Eric Stromberg, however, appeared to suggest that the business model could later re-invent in some form, writing, and added that they believe that smartphones will be primary reading device globally over the next decade. It would be easy to access knowledge and stories for billions of people worldwide. Looking forward, the company feels this is the best seized by taking on new opportunities to fully realize their vision for e-books.

“We will be taking steps to sunset the existing Oyster service over the next several months,” wrote Eric Stromberg.

Representatives for the New York-based company declined to comment.

In April, Oyster opened an e-bookstore in a bid to boost earnings. It took its novel approach to the e-book market by directly competing with such established retailers like Amazon.com Inc.

Lorraine Shanley, the President of consulting firm Market Partners International, said that Oyster didn’t have the budget to make the ebook subscription business ubiquitous. Moreover, the company didn’t have publishers and agents convinced, which was an advantage for their authors. It was relatively expensive for an inadequate offering of new titles.

Earlier, Publishers Weekly reported the news of Oyster’s decision. While other that remain in the e-book subscription business incorporates Scribd Inc., a privately held company in San Francisco, and Amazon that operates the Kindle Unlimited program.

Oyster’s e-book service provides access to more than 1 million e-books, which costs for $9.95 per month. Its users can access the e-book services by using an application for smartphones, computers, and tablets, but not Amazon’s popular Kindle e-reader.