The Most expensive UK mansion on sale for £300m 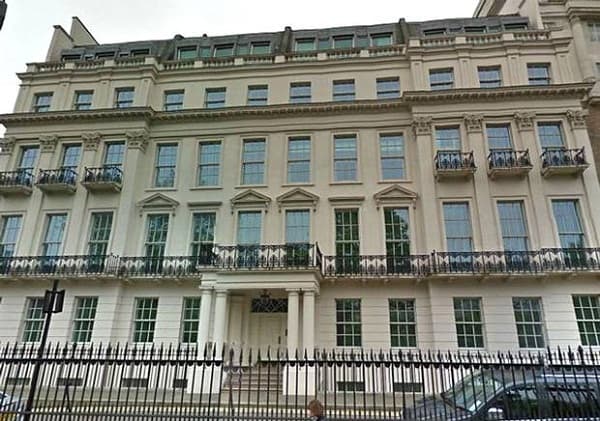 Most expensive house in UK

A huge mansion, which is said to be most expensive in London, is for sale for the sum of £300 million. The Britain’s most expensive house, which is currently on sale, was the former residence of the Lebanese Prime Minister and Saudi crown prince. The house, 2-8a Rutland Gate with a view of Hyde Park, bullet-proof windows and an underground car park, is believed to be the most expensive one ever marketed in the Britain.

The price of most expensive house in the UK

House prices across Britain have dropped by approximately 10 percent since 2007. In addition, currently mortgage lending seems to be stagnant not to mention that rental markets are overheating due to the inability of generation to save enough money for a deposit.  However the situation in the luxurious real estate market looks completely different. There is demand for luxurious properties, even though the economy struggles. The housing market continues to increase average London prices as the rest of the UK shows no signs of improvement. According to Land Registry figures, because of foreign cash buyers London sale’s prices grew 6.5 percent in the 12 months to July, compared with 0.3 percent nationally. As it was stated by Mr. Wetherell, the activity in the luxurious real estate market “never went away”. He also noted that central London properties were the only driver in the UK real estate market!

According to compiled data, the average house in London costs £368,000. Therefore, the £300 million mansion to be the most expensive one in London, UK, is roughly 815 times more expensive than the London average.

Features of the most expensive house in the UK

The £300 million mansion in London is said to be one of the most unique residencies in the capital of UK and it can be compared only to Bridgewater House, a Victorian mansion next to St James’s Palace, and Dudley House in Mayfair, both currently owned by foreign billionaires. According to Oliver Hooper of the purchasing agency Huntly Hooper, the Hyde Park property currently on sale is probably the only chance to buy a house of that size in the area for at least couple of years.

In addition, the £300 million Hyde Park property is said to be the largest single family home in London except from Buckingham Palace. The most expensive house in London has 45 bedrooms spread over seven floors. The 60,000 square feet mansion was a residence of, inter alia, Rafiq Hariri, the late Prime Minister of Lebanon.

The most expensive mansion in London, UK, is rumored to have a lavish interior decor incorporating millions of pounds worth of gold leaf, not to mention a swimming pool and vast kitchen. The £300 million house in Hyde Park, however, is not for sale on the open market, even though the residence has been on the market for several months. The most expensive house in the UK is offered discreetly by a number of agents to prior-selected potential consumers.

Anna Domanska
Anna Domanska is an Industry Leaders Magazine author possessing wide-range of knowledge for Business News. She is an avid reader and writer of Business and CEO Magazines and a rigorous follower of Business Leaders.
« Debt-ridden Chesapeake Energy Corp. to Sell Its Holdings for $6.9bn
Cupid’s revenues doubled as company thinks about niche markets »
Leave a Comment
Close

The big tech cloud-based software companies such as Zoom, Snowflake, Asana, Airbnb, Amazon, Salesforce and Palantir have all witnessed a rise in stock prices as work from home and
3 hours ago

Walmart Inc. announced that they are looking for a new chief financial officer to replace Brett Biggs, who will begin transitioning from Walmart this year, after 22 years with the
4 hours ago