A loudspeaker created by MIT will soon allow you to turn any surface into an audio source. This lightweight speaker is energy efficient and can produce sound with minimal distortion. The team demonstrated that the dime-sized loudspeaker is capable of producing high-quality sound, no matter which surface it is placed on. It barely weighs 2g and is around 120 microns thick.

The research was published on April 26 in IEEE Transactions of Industrial Electronics. The paper was authored by Jinchi Han, Jeffrey Lang, and Vladimir Bulović.

To come up with the paper thin device, researchers used a simple fabrication technique that is made up of three steps. This paper-thin speaker can later be scaled up to paper a room or an automobile. 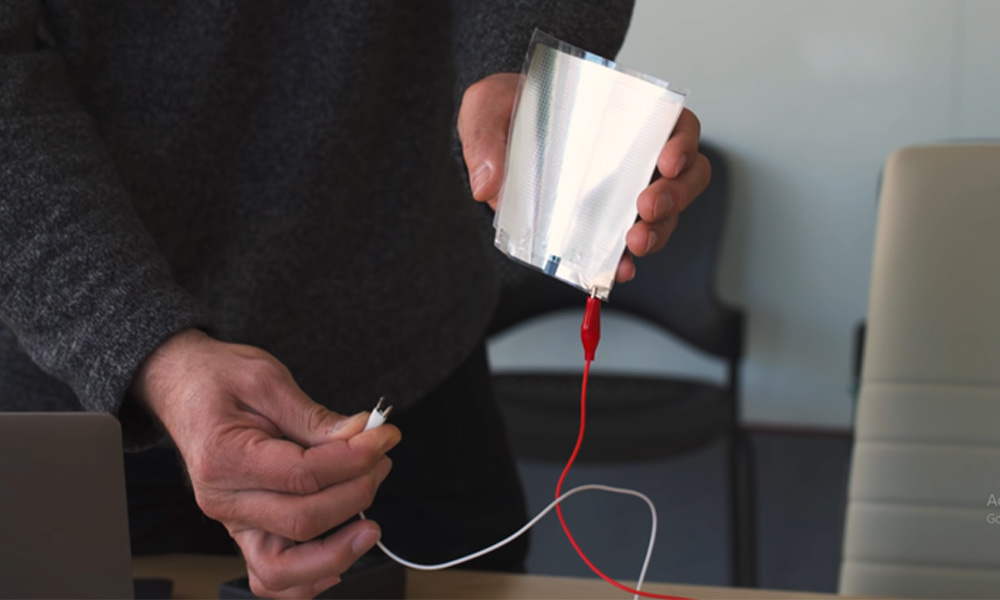 Benefits of the loudspeaker created by MIT

This method can be flipped around to achieve active noise cancellation. In active noise control, a second sound is added specifically to cancel out the first. This method can be especially useful in places where one needs silence, but finds themselves surrounded by noise. Workplaces situated in a clamorous environment can leverage this feature to their benefit.

The lightweight speaker can also be used to provide three-dimensional audio, which involves the virtual placement of sound sources above, behind, or beneath the listener. It can be used in theaters, amusement parks, and game consoles to provide a more nuanced level of entertainment.

Speaking about the multiple uses of the lightweight speaker, Vladimir Bulović, the Fariborz Maseeh Chair in Emerging Technology, leader of the Organic and Nanostructured Electronics Laboratory (ONE Lab), director of MIT.nano, and senior author of the paper, commented, “It feels remarkable to take what looks like a slender sheet of paper, attach two clips to it, plug it into the headphone port of your computer, and start hearing sounds emanating from it. It can be used anywhere. One just needs a smidgeon of electrical power to run it.”

The Workings of a Paper Thin Device

The trouble with most thin-film loudspeakers is that when they are mounted on a surface, it hampers their vibration and ability to produce quality sound. MIT’s researchers overcame this problem by coming up with a unique solution. Instead of having the entire speaker vibrate, the lightweight speaker has an array of tiny domes on a thin layer of piezoelectric material that vibrate individually. The domes are only a few hair-widths across and are protected by space layers on the top and bottom, allowing them to vibrate freely.

The domes are around 15 microns in height, roughly one-sixth the thickness of human hair, and move about half a micron when they vibrate. According to a written statement by MIT, “each dome is a single sound-generation unit, so it takes thousands of these tiny domes vibrating together to produce audible sound.

As only the domes vibrate, instead of the entire film, the loudspeaker created by MIT has a high resonance frequency and can even be used for ultrasound applications, like imaging, according to Han.

The speaker is extremely portable and energy efficient. It only requires around 100 milliwatts of power per square meter of speaker area while in comparison, an average home speaker requires more than 1 watt of power to generate similar sound pressure.

Bulovic shared his thoughts on using this technology, saying, “We have the ability to precisely generate mechanical motion of air by activating a physical surface that is scalable. The options of how to use this technology are limitless.”

Christy Gren
Christy Gren is an Industry Specialist Reporter at Industry Leaders Magazine she enjoys writing about Unicorns, Silicon Valley, Startups, Business Leaders and Innovators. Her articles provide an insight about the Power Players in the field of Technology, Auto, Manufacturing, and F&B.
« Saudi Arabia Places an Order for 100,000 EVs With Lucid Motors
A Tech Antitrust Bill Finds Favor With the US Commerce Department and DOJ »
Leave a Comment
Close