The future of Touch Screen is here! Your hands could be the next best Computer Interface!!

James Patten sees the future of human interaction with computers differently than we normally do.  An interaction designer, inventor and a visual artist, James Patten is the founder and principal of the design firm Patten Studio. Patten often gets at play, to spark innovation between the intersection of the physical and digital world questioning the possibilities that lie untouched in the digital world. 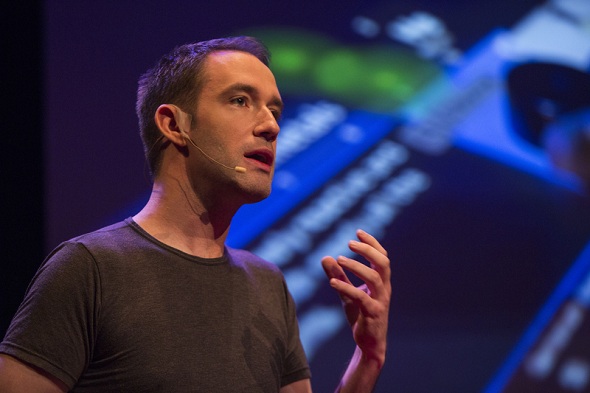 Patten’s innovation’s have been exhibited at various venues such as the Museum of Modern Art, the Transmediale festival in Berlin, the Museo Guggenheim Bilbao and is widely recognized at various international design competitions around the globe.

One of his interactive chemistry displays, at the Museum of Science and Industry, let people utilize physical objects to grasp chemical elements from the periodic table and bring them closer in order to cause chemical reactions. The display caught hold of people attention, increasing the time they spent with the particular exhibit James Patten had made.  This inspired creators from an Australian science education centre to study his exhibit. They found that by means of physical objects, humans were better able to understand at proper use the exhibit. It also helped them learn in a social manner. 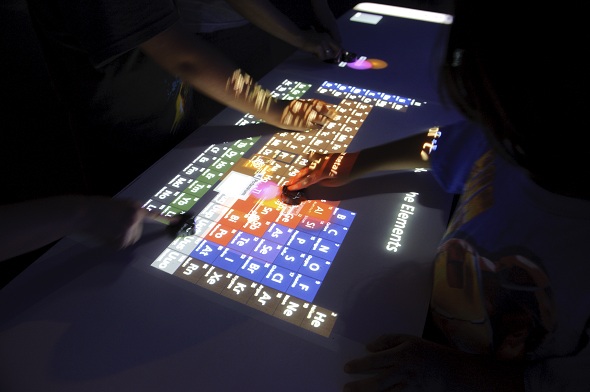 In fact, it is true that specialized physical objects can make humans grasp more easily. Human body and minds are created in such a manner that they can make interaction with tangible objects easier.

James Pattern questioned what is more easier to use: physical keyboard or an onscreen keyboard on a phone? However, one thing that makes inventors interested in interaction design lag behind is the fact that such technologies that interaction with tangible objects needs to be made from scratch, right from the electronics, printed circuit boards, to the mechanism and the software.

Patten’s first project which covered this prospect was an array of 512 electromagnets which when put together was able to move objects on the surface. The next thing James Patten went on to create was an object that would make interaction on any tabletop surface possible. He went on to create prototypes of small robots with omni wheels, a video projector and physical tools in order to make interaction with digital information possible. 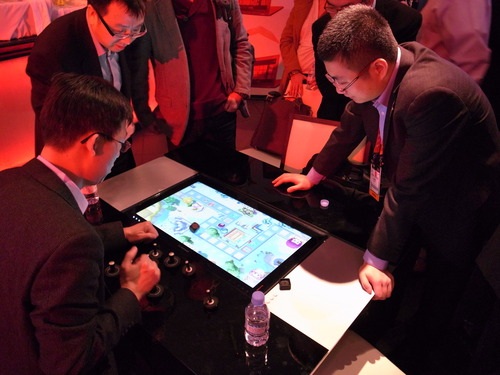 His new technology can make not only traditional board games but also a series of other physical interactions with computer possible. One such example Patten gave is that of protein folding, an interface with physical handles onto a protein. Human’s can grab those handles and move protein making different patterns along the way.

The future of computer may not be touch screen, but far more different that. James Patten’s innovation could bring human thoughts and ideas to life in the digital world, using hands as a computer interface.

Christy Gren
Christy Gren is an Industry Specialist Reporter at Industry Leaders Magazine she enjoys writing about Unicorns, Silicon Valley, Startups, Business Leaders and Innovators. Her articles provide an insight about the Power Players in the field of Technology, Auto, Manufacturing, and F&B.
« Google makes ‘Time Travel’ possible for users who want to see how the world has changed!!
Nissan is testing a self-cleaning car prototype with a paint that is dirt-resistant »
Leave a Comment
Close

Two tweets were posted using NFT artist Beeple’s account. The first one promoted an exclusive collection with Louis Vuitton. The second tweet announced that Beeple would soon rel
3 mins ago