The FIFA World Cup: A Winning Opportunity for SMEs? 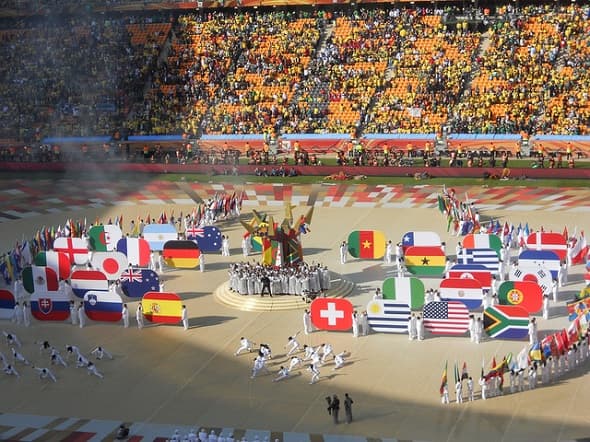 Universal language of sports brings people together without considering what their origin, ethnicity, economic status or religious beliefs are. It’s not just all about bringing people together. International sports events provide remarkable opportunities for businesses wanting to connect with a wider audience worldwide. Moreover international sports events such as FIFA World Cup provide SMEs a magnificent chance to magnetize a prospective loyal customer base with new products, improved skills and experiences. It opens new avenues for manufacturers and retailers who specialize in the products most in demand during the event and expand their presence domestically as well as in global markets.

Restaurants, pubs and bars screen the game on big screen propped up within the business area in order to boost footprints of loyal fans. Retailers in electronics business such as television and audio supplies additionally witness an enormous growth in demand as viewers are more willing to upgrade their systems to during the game. These a few of the examples of businesses that capitalize during major sporting events.

Let’s talk about FIFA World Cup that happened in Brazil this year. The opportunity helps SMEs wanting to expand their clientele and build brand loyalty. Numerous SMEs this year won over huge customer base with origins from all corners of the world with a little innovation and creativity in their strategy. What again was their motto? Innovate, connect and win over!

With only paid sponsors authorized to mention FIFA or the World Cup in marketing their products, a large number of SMEs were at the risk of ending up in court. However, by putting innovation and creativity, nothing could stop them from achieving record sales during the biggest game of the year. 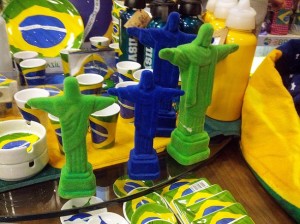 Inside a Souvenir Shop in Brazil

For example, most souvenir shops at airports and major tourist spots capitalized on the golden opportunity, making record sales from three million crazy football fanatics who would stop there before heading to the stadiums. Most of the business spent months and months planning their inventory to make sure there is no room for error. Their efforts were mainly concentrated to make the most of sales opportunities through effective management of product life cycle. Fan behavior and real-time consumption statistics were also taken in consideration, as well as how they’d react as the games unwind.

Online home-sharing service Airbnb Inc. saw a huge boom in its renting services due to limited availability of good hotels in Brazil in some areas as well as its wide acceptance from the government just before the games started.  In the month long FIFA World Cup, Airbnb saw a rise of more than 50,000 individuals paying to stay in Airbnb accommodations. Brazil’s renowned soccer player, Ronaldinho, offered his house for renting to Airbnb for a whopping $15,000 a day during the FIFA World Cup. On the other hand, Airbnb made huge profits from clever Brazilian Airbnb hosts who would let their accommodations at much cheaper costs with better amenities in order to cash against nearby high-priced hotels.

Karl Grimsey, director at WhoSounds, utilized colors and national flags to appeal football fans in nine European and South American countries. He made clever use of flags on customized Bluetooth speakers, some of them featuring Dr Who, Spiderman, Iron Man and a few more Marvel designs. To prompt customers onto impulse buying, he sold them giving as much as $100 dollars discount per item. Grimsey sold more than than 2,000 to 3,000 electronics products every day during the entire month. 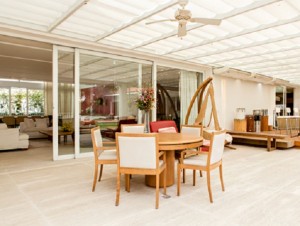 Inside the house of Soccer Player Ronaldinho

Howard Carter, an SME owner, sold a mosquito repellent which happened to be effective against every type of mosquito in Brazil. For fans from other countries that were more concerned with health issues, this business turned out to be a real pot of gold. In regions identified as high risk dengue fever such as Fortaleza where a majority of fans from England stayed, the product was sold quick and fast.

São Paulo-based entrepreneur Daniel Wjuniski created an app to help tourtists from different nations find hospitals, and healing centers and stay healthy in the midst of the World Cup. The Brazil Traveler Health Guide, created by Wjuniski and his group at Minha Vida, gives guests various wellbeing tips furthermore shows where healing facilities, suggested by the Ministry of Health, are found in each of the 12 host urban communities.

Some of the business owners had smart tricks up their sleeves to lure fans. With rewards, freebies, buy-one-get-one deals, vouchers, discounts, free home deliveries and many more special offers they were successful to attract loyal customer base during the event. 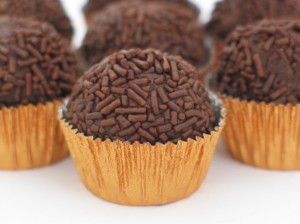 Traditional food vendors who received special permits to sell drinks and food products during the World Cup were surrounded by thousands of hungry fans during the game period. These vendors were mainly lined up in a semi-public area which had a giant screen for viewing the game. In some places, prices of food items soared as much as 600 percent to bank on demands. Pepperoni Pizza went as high as $35 and a cheeseburger costs $17!

Roberto Haron Filho, a São Paulo-based owner of Alumiart Falcão that produces Fifa-licensed lager buckets for the occasion – a deal he had secured over two years ago. Filho sold aluminum buckets to brewers, who in turn sold off to restaurants and bars. During the soccer month, sales of beer buckets increased by more than 45%. In order to meet demands, Filho hired 8 new people, expanding his staff from 30 to 38 employees. During the World Cup he received orders of over 50,000 beer buckets. Word of mouth caught fire, and things went a little crazier. Filho now gets orders from interested buyers in Chile, the US and Mexico.

Former football player and chocolatier Alexandre Ferreira was one of the few who witnessed a 50% increase in orders from chains, multinational brands and consumers since the launch of his special range chocolates made specifically for the international event. Ferreira decided to make the most of it, knowing that thousands of foreigners would be stepping in Brazil wanting to get a taste of their most famous chocolates and to bring them back home. Some of the chocolates features flavors associated with participating nations in the tournament that were designed with chocolatier and pastry chef Ricardo Arriel. With a new found and loyal customer base, Ferreiro has already begun production and sales and marketing plans for the coming event in 2016.

A major lot of SMEs are now working on their inventory and effective marketing plans to attract tourists in 2016 during the Olympics. While they accept to have learnt a few valuable lessons during the month, their excitement is heightened from all the testimonials and word of mouth publicity they gained during the soccer event.

The iPad manufacturer has previously sought to remove China as the main Apple manufacturing country. Trade tensions and a strict Covid-19 policy has previously resulted in supply c
1 hour ago