In El Salvador, all that glitters is Bitcoin.

A bitcoin city is supposedly in the making. No, we are not talking of the metaverse. If El Salvador president Nayib Bukele has his way, he will build a bitcoin city on the Gulf of Fonseca.

The El Salvador Bitcoin city is set to be built on the Gulf of Fonseca on the country’s southern coast. Bukele revealed the news to netizens earlier this week in a tweet that was captioned “#Bitcoin City is coming along beautifully”.

Where will the bitcoin city be?

If things go according to plan, Bukele’s volcanic bitcoin city will be shaped like a coin. Recently, El Salvador became the first country to accept bitcoin as legal tender. It is, therefore, hardly surprising to see that Bukele is enthused about building a Bitcoin City at the base of the Conchagua volcano, powered by geothermal energy. It is presumed that the geothermal energy generated by the volcano would be used to mine bitcoin.

His tweets left netizens intrigued, not to mention shocked. The news comes at a time when most countries are still debating over regulating cryptocurrency, here was a world building a Bitcoin city.

Standing next to Bukele in the presentation was Mexican architect Fernando Romero, founder of the firm FR-EE, who has designed the city. So far, Bitcoin City seems to be a pipe dream as no date has been set for construction, nor has the president found a way to finance this modern fairytale-esque city.

In the presentation on El Salvador Bitcoin city, Romero depicted a city bathed in gold. Lending his Midas touch to the radical idea, the golden city bore a bitcoin logo at its heart.

Addressing the crowds at a promotional event for bitcoin, in the town of Mizata, Bukele assured his citizens that the Bitcoin city will have everything. “Residential areas, commercial areas, services, museums, entertainment, bars, restaurants, airport, port, rail – everything devoted to Bitcoin.” He added that no income tax will be levied in the city, only value added tax (VAT).

Although Bukele has not mentioned how much his pet project will cost, he estimates it to come up to 300,000 Bitcoins, just for building the public infrastructure.

He tweeted that “central bankers and financial regulators from 44 countries visited Bitcoin beach to learn about financial inclusion and banking the unbanked.” 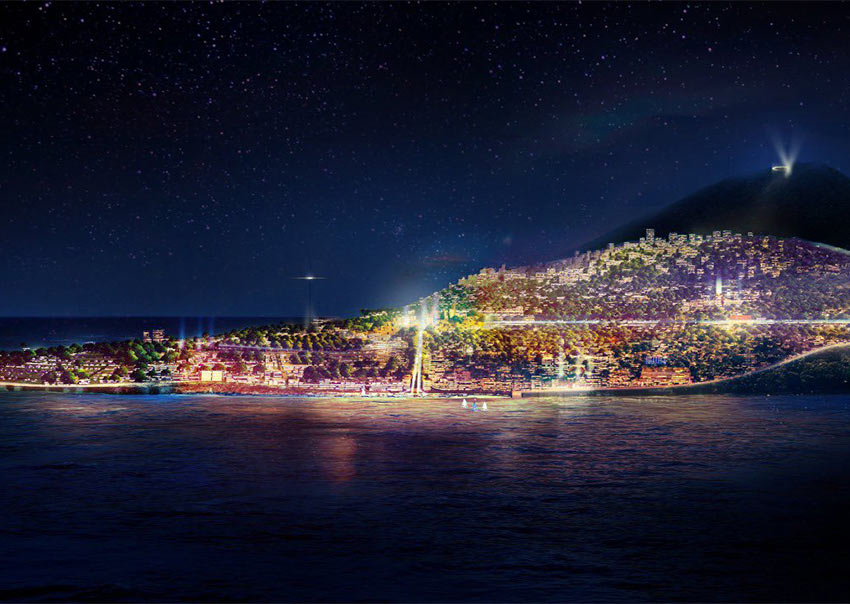 Salvadoran President Nayib Bukele will build the Bitcoin City on the Gulf of Fonseca.

How much has El Salvador lost in Bitcoin?

In September 2021, El Salvador decided to accept bitcoin as legal tender in the country. Meanwhile, the country’s population has been divided over bitcoin. There have been large-scale protests across the nation, as people believe that the cryptocurrency will destabilize the economy. People have taken to the streets to express their displeasure over the adoption of a volatile cryptocurrency as legal tender.

By legalizing Bitcoin, Bukele believes that the move will help bring more investment into the country. In a statement, he mentioned that he wants El Salvador to “break with the paradigms of the past” and advance toward the first world.

Despite warnings from the International Monetary Fund (IMF) about Bitcoin’s volatility, Bukele went ahead with the legalization and purchased additional coins. As of September 2021, El Salvador’s government had around 550 Bitcoins in its kitty, worth about $26 million.

The US Embassy in El Salvador condemned the decision as they felt it “undermines democracy.”

The El Salvador cryptocurrency saga has ignited some strong reactions from citizens who feel that the president is ignoring their concerns about long-term value of cryptocurrency.

According to Bloomberg, Bukele’s administration has spent close to $103 million on 2,301 bitcoin since September 2021. The nation is also saddled with a debt running up to $23.3 billion. 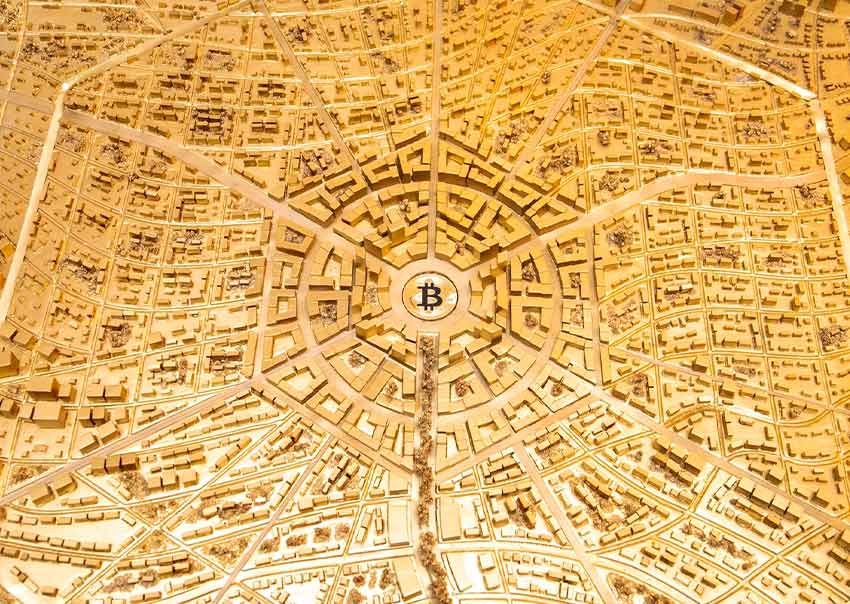 The Bitcoin City represent the shape of a large coin.

When will Bitcoin City be completed?

A crypto utopia, the Bitcoin city model looks like something straight out of a fever dream. But if the past is any indication, it appears that Bekele will press forward with his golden vision. However, no project completion date has been announced by Bukele’s government.

It is ironic that he chose to make this announcement as the price of Bitcoin continues to fall. The recent crash has resulted in the Latin American country losing nearly $36 million in cryptocurrency.

Economists and financial experts are worried that the country will be unable to make its bond payments if the trend continues. However, Bukele believes in “buying the dip.” As its relationship with the US deteriorated, it also lost its skey backing to secure a bailout from the IMF. At the ground level, nothing is rosy as public debt has risen up to nearly 86% of gross domestic product. It remains to be seen how Bukele will help his country get out of the massive debt.

Christy Gren
Christy Gren is an Industry Specialist Reporter at Industry Leaders Magazine she enjoys writing about Unicorns, Silicon Valley, Startups, Business Leaders and Innovators. Her articles provide an insight about the Power Players in the field of Technology, Auto, Manufacturing, and F&B.
« Why Do CEOs Swear? Because They’re Intelligent That’s Why
The Top Activist Investors Fight For People and Profits »
Leave a Comment
Close