The Economics Behind Borders Shutdown: A Virtual Age Triumph? 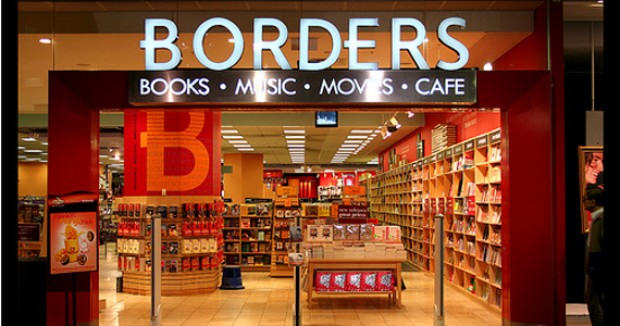 The Economics Behind Borders Shutdown

What started 40 years ago as an 800-square-foot bookstore in Ann Arbor, soon grew to become one of the world’s largest bookstore chains.

Confirmation has now come through that the Borders Group, not having received any offers that could salvage it, will be liquidating the company’s remaining 399 stores, starting as soon as coming Friday.

The Borders Group, America’s second-largest chain of bookstores after Barnes and Noble, filed for bankruptcy in February this year, when the company also announced that it would be shutting down 200 of its 659 stores.

The Borders Group, which once operated over 100 stores, through its expansion phase put countless local bookshops out of business, with its sheer scale and variety of offerings.

At its peak in 2003, Borders operated 1,249 stores under the Borders and Waldenbooks names.

However, its dominance changed dramatically over the last decade, with an increasing number of people choosing to shop for books and music online and the company not being able to develop web-based sales or electronic books.

Barnes & Noble, Borders’ primary competitor, in the meantime, kept up with the changing needs of its consumers, and invested in its own Nook e-reader.

Referring to the changes brought about by the dawn of electronic media, Borders Group President Mike Edwards, said in a statement, “We were all working hard towards a different outcome, but the headwinds we have been facing for quite some time including the rapidly changing book industry, e-reader revolution and turbulent economy have brought us to where we are now.”

According to records filed at the Securities and Exchange Commission, sales of the Borders Group have dropped from $3.13 billion in fiscal year 2009 to $2.25 billion. With gross margins having reduced by almost 50%, the company suffered net losses totaling to around $595 million over the three-year period.

Earlier this year, the company owed tens of millions of dollars to publishers, including $36.9 million to Hachette Book Group, $41.1 million to Penguin Putnam, $33.8 million to Simon & Schuster and $33.5 million to Random House.

After having filed for bankruptcy in February, the final hope of salvation for Borders crashed, when the company could not reach an agreement with Phoenix-based private-equity investor Najafi.

Earlier this month, Najafi, which owns Book-of-the-Month Club, Doubleday Book Clubs and Columbia House, offered $215 million in cash and other consideration earlier this month to the Borders Group.

Creditors however, objected to the bid last week, suggesting that the bid from Hilco and Gordon Brothers would bring in between $252 million and $284 million in cash.

In response, Najafi has now refused to up their bid, with the group’s CEO, Jahm Najafi, saying in a statement that “We will not, reluctantly,” be making a bid, sealing Borders’ fate of going into liquidation.

What does this mean for the broader context of the growing conflict between print media and the digital age?

As stated by Daniel Howes, business columnist and associate business editor of The Detroit News, Borders going down is “another piece of discomfiting evidence that the era launched by Johannes Gutenberg’s printing press in 1440 is endangered by the accelerating digitalization of information. Consumption now is more transactional than tactile, the form clinically technical instead of the physical connection of binding and pages that have been books for six centuries… like Borders soon will be, another monument to missed business opportunity and to changing times that are making the world safer for an Apple and lot less so for Borders.”