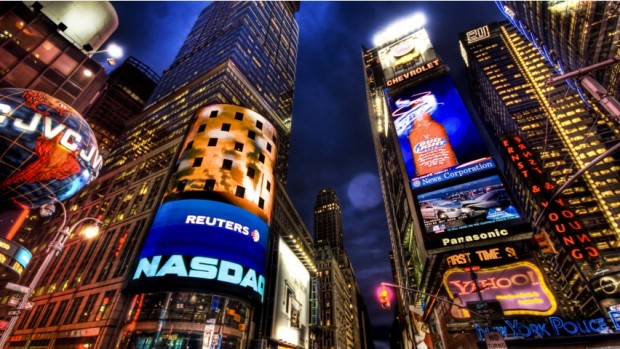 The band-aid deficit reduction deal struck between the Democrats and Republicans in early August followed by the credit rating downgrade of the U.S by ratings agency Standard & Poor’s have translated into a wild roller-coaster ride for the Dow Jones Industrial Average through all of this week.

Each day of this business week has seen the Dow swinging by atleast 400 points.

The blue-chip index’s Thursday rise is the 11th highest gain in the index’s history, while the drops it saw on Monday and Wednesday are the Dow’s sixth- and ninth-largest drops in terms of points.

The panic and lack of confidence amongst investors brought on by such volatility has got many investors comparing the current scenario to the 2008 financial crisis.

While the immediate causes that brought on Monday’s downward plunge were the credit rating downgrade based on the deficit-reduction deal struck between U.S lawmakers, a number of issues have come together to lead up to this chaos, including disappointing data related to unemployment figures, the persistent political impasse in Washington and the financially troubled Euro Zone among others.

The VIX, often referred to as Wall Street’s fear index or fear gauge – a popular measure of the implied volatility of S&P 500 index options – reflected the market pulse by rising by 26% on August 10th after closing at a 27% drop on august 9th.

Panicked selling with many investors abandoning stocks altogether have led to investors likening the crisis to the 2008 crash. And with a large number of issues causing nervousness in the market, investors are reportedly finding it difficult to concentrate and base their decisions on any single factor.

The so-called “high frequency traders” who can, with the help of computer-programmed algorithms, buy and sell stocks hundreds of times a minute when stocks are volatile, and can hence make immediate gains from the fluctuations.

The latest upward surge in the market has been facilitated by the ban on short-selling of some financial stocks by France, Italy, Spain and Belgium in an attempt to stabilise markets, further aided by U.S. jobs data which show that weekly jobless claims were lower at 395,000.

Asian markets performed in a relatively calm manner on Friday, some recording small gains and others similar declines; nothing that echoes the massive volatility displayed by the Dow over the entire week.

Japan’s Nikkei 225 ended 0.2 percent lower, while Taiwan and South Korea both fell by more than 1 percent, while the Shanghai Composite Index rose by 0.4 percent.

The gold price trend was a surprise though. Usually, volatility in the stock market causes investors to shift to gold, pushing up prices of the precious yellow metal.

Gold however, closed lower, indicating that investors might be okay with taking on some amount of risk where stock trading is concerned. After touching an intraday record high of $US1817.60, gold settled at $US1751.50 a troy ounce on the Comex division of the New York Mercantile Exchange.

Tom Parker
« EIA Says U.S is Delivering the Pledge to Move Beyond Coal
ITRI comes out with i2R e-Paper which can be rewritten on over 250 times! »
Leave a Comment
Close