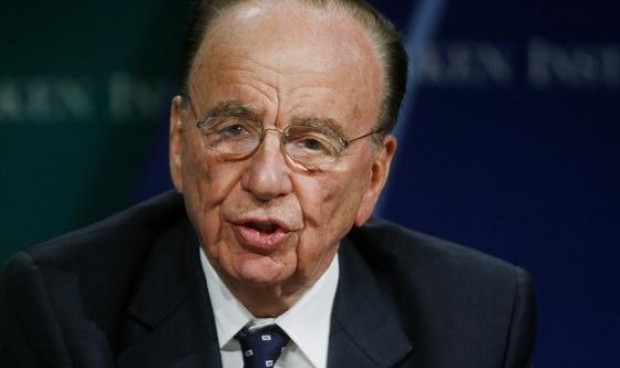 And that’s just a part of what is being thought of by many as the beginning of the end for the Murdoch Empire.

What started off as a phone hacking scandal unveiled earlier this month, leading to the Murdochs shutting down Britain’s most widely circulated tabloid, News of the World, has turned into this goliath monster with the potential of damaging every single component of Murdoch’s holdings.

In addition to the News of the World tabloid being closed down, the last two weeks have also meant Murdoch giving up his bid for BSkyB, the media baron’s pet executives, including Rebekah Brooks and Les Hinton, resigning, and, worst of all, ten employees of the conglomerate, including Brooks, getting arrested.

Besides the Milly Dowler phone hacking charges, accusations have also been made against Brooks-led News of the World hacking into personal details of members of UK’s royal family as well as ex-Prime Minister Gordon Brown.

Media baron Rupert Murdoch and son James Murdoch are due to testify before the U.K. Parliament tomorrow.

News Corp. is the world’s second-largest media conglomerate as of 2010 in terms of revenue, and includes the popular U.S – based Fox network. With total holdings worth $33 billion, the other businesses within the Murdoch empire are film studio 20th Century Fox, publishing giantHarperCollins, The Wall Street Journal and the New York Post.

A wider comprehension of the scale of damage wrecked by the scandal over Murdoch’s businesses can be gathered from statistics that demonstrate that News Corp. shares have fallen 13% since earlier this month, when the phone-hack allegations first surfaced, with the ensuing scandal estimated to have wiped off $6 billion from News Corp.’s market capitalization in less than two weeks.

To start with, when Murdoch decided to shut down News of the World, the move was regarded as Murdoch giving up a less profitable business component to salvage his proposed $12billion takeover of British Sky Broadcasting, which was under scrutiny by the UK Government at the time.

However, the hopeful salvation of the deal didn’t quite work out, and Murdoch was forced to give up the BSkyB bid last week.

Murdoch already owns 39% of BSkyB shares. His bid was for acquiring the remaining 69% of Britain’s most lucrative pay channel. The bid going through would have meant News Corp fully owning BSkyB.

The aftermath of the phone-hacking scandal has not only meant Murdoch’s recent bid falling through, but now UK lawmakers have also started questioning the appropriateness of Murdoch’s existing 39% ownership of BSkyB, with Foreign Office minister Alistair Burt suggesting that News Corporation may already have damaged its brand badly enough to no longer be deemed “fit and proper” to keep its existing slice of BSkyB.

So now, it seems like even to retain their existing share of BSkyB, the Murdochs will have to go to extreme lengths to prove their “fitness”.

Ed Miliband, leader of UK’s Labour Party, fully supported in his view by Deputy Prime Minister Nick Clegg, has outlined the need for a much more comprehensive upheaval in media ownership laws so as to not allow for the kind of “unhealthy” power and influence Murdoch has been known to have on Britain’s politics.

In a media statement, Miliband elaborated on why he considered Murdoch’s influence to be “unhealthy”, saying that “that amount of power in one person’s hands has clearly led to abuses of power within his organization. If you want to minimize the abuses of power then that kind of concentration of power is frankly quite dangerous.”

Reportedly, officials of the Liberal Democrat party have asked British media regulator Ofcom, to assess if the owners of the BSkyB license are ”fit and proper” given the scandal surrounding News Corp.

43-year old Rebekah Brooks, referred to by many as Murdoch’s “fifth daughter”, was part of Rupert Murdoch’s “innermost circle” until her resignation last week. Despite having been the editor of the News of the World at the time of the phone hacking scandal, Murdoch supported Brooks right till the time she resigned.

Having been dinner-time buddies with the Prime Minister David Cameron not so long ago, Brooks’ rise in Britain’s media circles is almost legendary. Having started two decades ago as a secretary at the News of the World, having risen to become the tabloid’s editor, then The Sun’s editor, Brooks ended her long rise as the chief executive of News International, News Corp’s British arm.

Brooks was arrested on Sunday evening, and later released on bail.

Audi has confirmed that there will be multiple variants of the etron, including “basic versions optimized for minimum consumption and maximum range.
16 hours ago

Royal Dutch Shell commences share buybacks before the end of this year while reducing its first quarter dividend to 16 cents per share, a 66% cut.
17 hours ago