JLC Infransrcture Fund backed by Earvin “Magic” Johnson, former basketball star and Mott MacDonald engineering firm that designed a terminal at London’s Heathrow airport were among the companies beaten by The Boring Company to win the deal. Chicago is expected to announce the winner possibly today, according to an unidentified source.

Mayor Rahm Emanuel of Chicago last year called for proposals for the project which include designing, building, funding, operating, and to maintain the O’Hare Express operating system via a public-private agreement with the city. The Mayor’s office reports that the project is aimed at reducing travel time between O’Hare International Airport and downtown Chicago to 20 minutes or less. Earlier this year, the office had reported that The Boring Company was one of the firms shortlisted for the O’Hare Xpress project.

“We’re really excited to work with the Mayor and the City to bring this new high-speed public transportation system to Chicago!” The Boring Company wrote on Twitter. Securing the deal means a lot to Elon Musk’s construction firm which was launched 18 months ago. However, The Boring Company lacks construction experience aside from the test tunnel it’s digging in California, Hawthorne, and Los Angeles. And the company is said to be working with unproven revolutionary ideas. 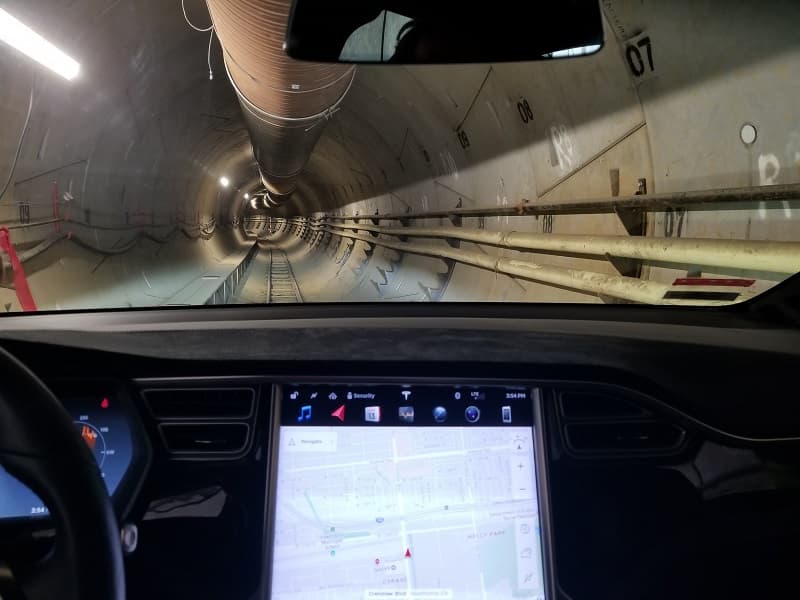 Each vehicle would carry up to 16 passengers, including their luggage and would be shuttling between downtown Chicago and O’Hare at the interval of every 30 seconds from each side.

“Elon Musk is looking for a place to prove his technology works, and Chicago is rolling out the red carpet for him,” said Chaddick Institute Director Joseph P. Schwieterman.

Each vehicle would carry up to 16 passengers, including their luggage and would be shuttling between downtown Chicago and O’Hare at the interval of every 30 seconds from each side, the Mayor’s office said, according to CNBC. Also, that The Boring Company proposed to charge fares far less than what the proposal required, which is a cost less than ride-sharing services and current taxi charges.

Nevertheless, the O’Hare Express Project is said to be unusual since it involves no government funding. The winner is subject to fund the entire project cost on its own. This is why it didn’t attract many bidders as some are taking a skeptical view of the project which has been under construction for years.

The project winner – The Boring Company has raised money through sales of its merchandise such as flamethrowers and hats. CEO Elon Musk announced in March that the company plans to create LEGO-like interlocking bricks for affordable housing. Materials for the bricks would be sourced from rock fabrics beneath Baltimore and Los Angeles, where the company is currently tunneling.

Anna Domanska
Anna Domanska is an Industry Leaders Magazine author possessing wide-range of knowledge for Business News. She is an avid reader and writer of Business and CEO Magazines and a rigorous follower of Business Leaders.
« A Year-old Electric Scooter Start-up, Bird Seeks $2 Billion Valuation
Samsung to switch 45% of its global facilities to 100% renewable energy by 2020 »
Leave a Comment
Close

Orange, the French multinational telecommunications corporation, has agreed to sell part of its fixed fiber assets to a consortium of three ...
13 hours ago