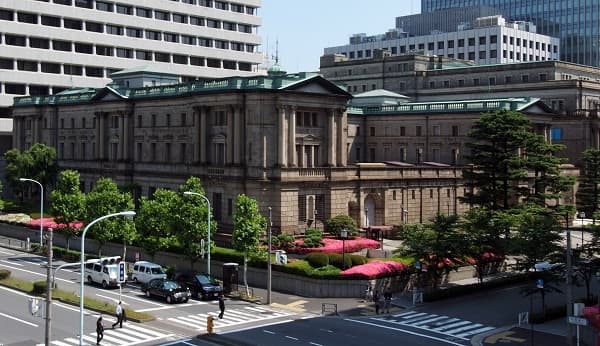 The Bank of Japan

The newest survey showed that the Japan’s business sentiment improved significantly in the first quarter of 2013 ended March as Prime Minister Shinzo Abe’s aggressive steps have started bearing fruits.  Indeed, Japan’s producers are more optimistic about the future due to the weak yen. Certainly, the findings of the survey will back new BoJ governor Haruhiko Kuroda who aims to introduce further stimulus.

According to the quarterly Tankan survey released on the 1st of April, the Japan’s business sentiment substantially advanced in the first quarter of 2012 on the weaker yen and the improvement has been welcomed with relief. The survey indeed showed a significant rise in business confidence which however did not meet analysts’ expectations. Nonetheless, the survey is carefully analyzed by the Bank of Japan as the institution usually take s into consideration the index while designing its policies.

The findings of the quarterly Tankan survey indicated that the index for large manufacturers climbed to minus 8 in the first three months of 2013, compared to minus 12 in the last quarter of 2012 ended in December.  Still the improvement was smaller than initially expected as analysts estimated a minus 7 reading for large manufacturers.  What is interesting is that large companies plan to reduce investment in the fiscal year that begins on the 1st of April. Therefore analysts believe that Japan’s manufacturers are not fully convinced that demand will significantly improve in spite of aggressive steps taken by the new government and the Bank of Japan. Data demonstrated that smaller manufacturers’ confidence also advanced to minus 8 in the period from minus 11 in the last three months ended December 2012.

Even though Japan’s manufacturers are much careful when it comes to talking about long-term plans and the future, they expect to see business conditions advance in the next three months ending June. Analysts note that the findings of the quarterly Tankan survey demonstrated growing hopes of Japan’s manufacturers as businesses are convinced that the weaker currency and new measures might bring some positive effects and improve the stance of companies on the international level. The aforementioned cuts in investment, which have been announced by larger companies, are clear evidence that Japan’s businesses have decided to wait for a change before increasing spending.

Not surprisingly, the findings of the quarterly Tankan were revealed only a few days before the BoJ board’s first get-together headed by debuting  BoJ governor Haruhiko Kuroda. The meeting, which is due to be held on the 3rd and 4th of April, is expected to bring new expansion of monetary stimulus. In addition, the board of the Bank of Japan is also widely expected to review its policy adjusting it to the opinions held by the new governor. It seems that expectations and modest adumbration of new monetary stimulus had an impact on the improved business sentiment as well.

Certainly, new BoJ governor Haruhiko Kuroda will sharply mark its views on the economy which are similar to Japan’s Prime Minister Shinzo Abe. He has already announced that he will do everything in his power to  meet the 2 percent inflation target.

Analysts indicate that the finding of the quarterly Tankan survey will be used by new BoJ governor Haruhiko Kuroda to add further monetary stimulus. The main aim of the new government is to end with ongoing, even almost endless, deflation and put the economy on the growth track. According to the newest projection Japan will see its economy expand slightly over 2.0 percent in the ongoing fiscal year, compared to a 1.0 growth noted in a year ended in March 2013.

Jay Raol
« The Eclipse – The Most Expensive Private Yacht Ever That Will Make You Love Sea
Wraith of triple dip recession in UK averted, BCC says »
Leave a Comment
Close