The Bitcoin crash has more and more investors counting their losses rather than profits. Across the world, the crypto crash has sent people reeling in panic. Since 2020, cryptocurrencies have lost over $1 trillion in value.

On May 13, Bitcoin rebounded slightly after a brutal week of losses. Although cryptocurrencies bounced back on Friday, they have been unable to come anywhere close to their all-time highs. 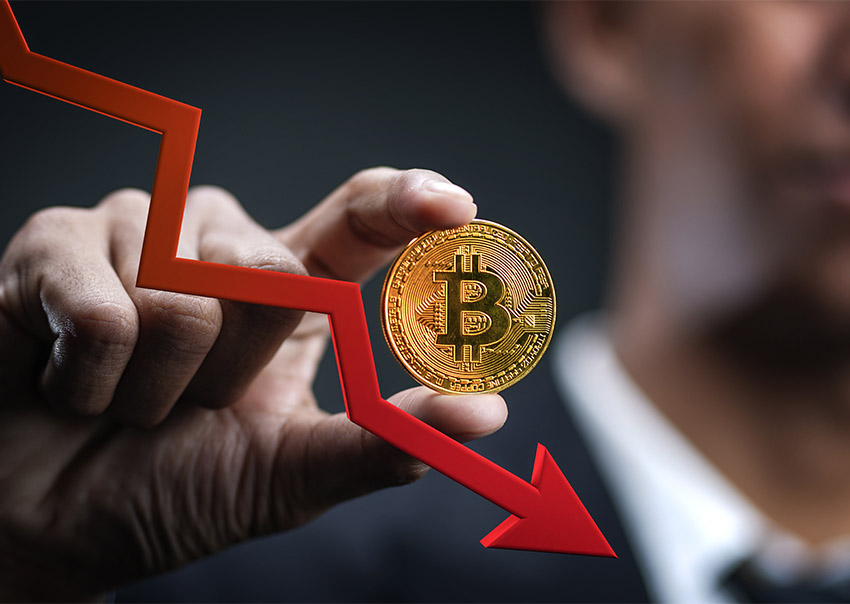 Bitcoin has tumbled nearly 20 percent in the past week.

On Thursday, Bitcoin traded for as low as $25,000 while Luna’s crash has investors scratching their heads. The crypto crash this week highlighted how unregulated, volatile digital currencies are extremely risky.

Previously, bitcoin plummeted over 80% in 2018. While critics mention that the crypto crash was long expected, it is evident that panic has set in amongst small time investors and traders.

According to a Pew Research Center survey, approximately 16% of Americans today own at least some type of cryptocurrency in comparison to one percent in 2015. Cryptocurrencies rose in popularity during the pandemic. Stuck in quarantine and struggling with layoffs, people turned to crypto for additional sources of income.

Cryptocurrencies have given rise to a new class of billionaires after they reached their peak last year.

One of the biggest falls this year was of TerraUSD. Algorithmic stablecoin TerraUSD lost its peg to the US dollar, taking down its sister coin Luna. From highs of over $100, Luna fell nearly 98% to hundredths of a penny. British YouTuber and rapper KSI publicly admitted that his $2.8 million investment in Luna is now barely worth $1000. Furthermore, Binance has decided to suspend the trading of Luna and UST tokens, as some investors lost their life savings in the crash.

TerraUSD had attracted investment from credible venture capital firms, which lent it a certain level of credibility. This in turn attracted more investors, who poured in millions of dollars into the cryptocurrency.

Why is bitcoin crashing?

Experts believe that the bitcoin crash is a result of the lack of liquidity in cryptocurrencies. As the market is unregulated, rising interest rates and waning investor interest has wreaked havoc on most cryptocurrencies.

The reasons for bitcoin crash can be attributed to a number of factors, ranging from inflation to economic uncertainty caused by Russia’s invasion of Ukraine. The meteoric rise of consumer prices in April did not help matters, as economists were expecting it to rise slowly.

S&P 500 is down nearly 18% while the bitcoin crash has plunged its price by almost 40%. As bitcoin crashed to its lowest point since 2020, so did Coinbase, the largest cryptocurrency exchange in value. Another reason for the bitcoin crash is also its correlation withthe stock market. Bitcoin’s fate mirrored that of the falling tech stocks from Monday to a slight rise on Friday. It is tough to pinpoint one factor as the reason why bitcoin is crashing.

Despite receiving tremendous support from entrepreneurs like Elon Musk, the bitcoin market crash reinforces the fact that digital currencies are inherently volatile. In some cases, two years of gains were wiped out overnight. Something similar happened in 2018. But this time it is far worse as bitcoin has seen investments from amateur investors and institutional players.

Officials believe that it is time to put up a regulatory framework so that risks can be minimized.

On May 10, Coinbase reported that it had lost over two million active users as a direct result of the crash. The crypto exchange also faced a staggering quarterly loss of $430 million. A study by Mizuho says that the average bitcoin owner will not lose money on Coinbase unless the cryptocurrency’s value goes below $21,000. The bitcoin meltdown has currently brought prices close to $26,000, as per data from Coin Metrics.

The world’s second largest cryptocurrency, Ethereum lost nearly 20% of its value in the aftermath of the crypto crash.

Meanwhile, professional investors who have experienced this before stayed calm. Some even tried to capitalize on the drop by investing more, while others decided to hold on to their assets.

The SoftBank Vision Fund investments are meant for startups that catch the eagle eye of the seasoned businessman. Fourteen of the start-ups that SoftBank invested in made it to the
4 days ago