If you’ve watched more than one Apple Worldwide Developers Conference keynote, you must know that it’s the only event that fuels much speculation, anticipation, and discussion in the technology circles. The biggest takeaway is, perhaps, the launch of future products. This year’s major event will begin on 5 June and run for four days. The first day is when Apple holds its major keynote, introducing the future of its software, with the rest of the days taken up with session for developers to learn how to use it. There are many product we don’t know of yet. The 2017 WWDC and the years to come hold big things in store for Apple.

Since 2015, Apple’s iPhone, Mac, and Apple Watch sales have hit new quarterly records, while its Services business, which includes iTunes and Apple Music, continue to gain some revenue. While, Apple plans to double its service industry revenues by 2020, its target market is worth only $800 billion. Let’s assume that the Apple Car turns out of be a huge money maker, adding up to $1.6 trillion of value to the company by 2020. Then we could say that Apple could double-triple its revenue.  While Apple scoops up over $3 trillion from the smartphone industry’s profit, it could be worth much more if it keeps adding new products in some of these categories – Apple Watch, Apple TV, and Apple Car. 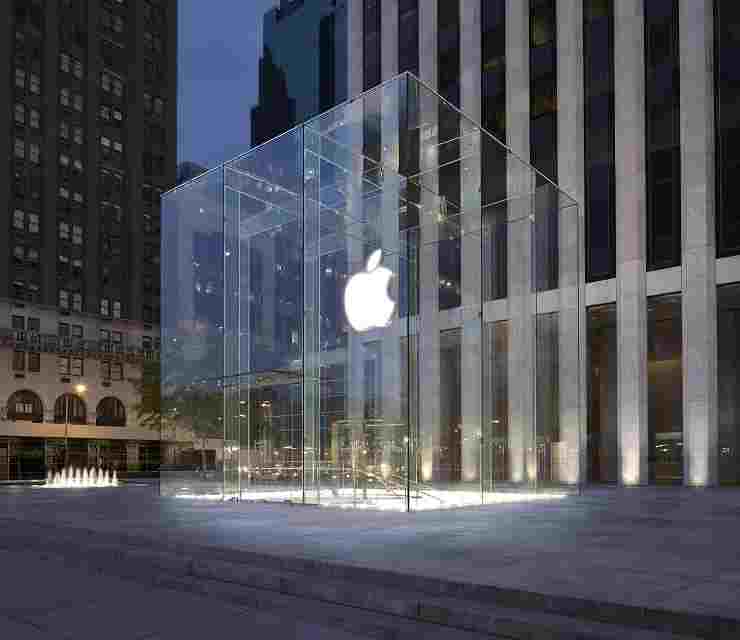 Acquisition of a Major Media Company

During Apple’s earning call, Apple CEO Tim Cook announced plans to acquire a major media company. Last year, these acquisition rumors gained traction when Apple considered acquiring Time Warner and Netflix. Of course, the rumors have died down, and AT&T announced the purchase of Time Warner. A major media acquisition is on the cards –

Apple plans to double the $24 billion of 2016 annual revenue in its service units, which includes all media sales. Tim Cook would need to show at least 20% growth rate by 2020, to cover up the year over year deceleration. Wall Street analysts are expecting at least 14% average growth per year over the next four years. To accomplish, Apple would need to reverse the slow down via a merger or a deal with a media company. Don’t be surprised if rumors emerge suggesting Apple is in talks with Walt Disney or CBS for a possible mega-merger.

During Apple’s Q1 2017 earnings call, Tim Cook also discussed a place in Apple’s ecosystem in which customers are immersed in its products wherever they do. Apple wants to be user’s companion – from iPhone to Mac to Apple Watch to Apple’s in-vehicle infotainment system.

Apple is expanding its presence in the smart devices market with help from HomeKit, a service that lets hardware makers integrate control of their products into iOS 10. The expansion in to the market will put Apple into the left, right and center of the ever-increasing smarthome craze.

“Now when I say good morning to Siri, my house lights come on and my coffee starts brewing,” Cook said in his remarks. “When I go to the living room to relax in the evening, I use Siri to adjust the lighting and turn on the fireplace. And when I leave the house, a simple tap on my iPhone turns the lights off, adjusts the thermostat down, and locks the doors. When I return to my house in the evening, as I near my home, the house prepares itself for my arrival automatically by using a simple geofence.”

The company will play an omnipresent role in the consumer’s life by creating an Apple-dominated ecosystem of Apple hardware, Apple software and third-party products.

The Launch of the Spaceship

Late Apple co-founder Steve Jobs was one of the chief proponents for building Apple’s main building – dubbed “Spaceship”. According to Matthew Roberts, a documentarian who has been flying a drone over Apple Campus 2 to watch its progress, the new campus is nearly ready to accommodate workers.

The Spaceship is nearly finished, complete with 70% of solar panels atop, along with rounded glass along the walls. The campus is dominated with rows of trees, so employees can take a stroll on the walking paths. The Spaceship will span 2.8 million square feet of space and will house 12,000 employees. It will be one of the largest office buildings in the world. Additionally, it will be powered by renewable energy.

Starting in April, the Cupertino company will assemble iPhones in India. Apple executives met with Priyank Kharge, information technology minister for the Indian state of Karnataka, to cement the timeline. With Apple moving into one of the fastest-emerging smartphone markets in the world, it could expand distribution channels to attract a significant portion of first-time buyers.

According to Counterpoint research, Apple shipped 2.5 million units of the iPhone in India. A third of which came to India in Q4 2016, following the launch of the iPhone 7. The company managed to capture the number 10 position in the Indian market as of Q4 2016, gaining a 62 market share in the premium segment. Apple still continues to struggle to gain a meaningful share of India’s smartphone market.

It is widely assumed that by assembling its phones in India, the company will be able to cut down on high import taxes, thus reducing the price of iPhones in India. No more than 400,000 units will be assembled in India, and Apple has no plans to abruptly drop prices. The savings will obviously go towards expanding its retail and marketing footprint.

Next, the Cupertino-Calif. company is in the midst of remodeling flagship stores all across the globe based on a new concept design proposed by vice president Angela Adhrents and design guru Jony Ive. The remodeled stores are promised to feature more places for customers to gather along with expanded areas for business customers. Expanding of flagship stores will start with the one in Midtown Manhattan, where Apple will expand to 77,000 square feet, up from 32,000 square feet.

“We are reinventing the role our stores and employees play in the community,” Ahrendts told Fortune last year. “We want to be more like a town square, where the best of Apple comes together and everyone is welcome.”

Apple Patents & Behind The Scenes

What can we expect from Apple in the years to follow?

Apple is known for its patents. In addition to protecting the current line of products from copy-cats, the company is working on fascinating technologies to use in its future products.

One of the patents suggests Apple is keen on committing to green energy. It plans to build solar cells underneath the new iPhone’s touchscreen. The panel would recharge during the day so you won’t need to plug it into the socket anymore.

Apple is also keen on integrating a premium casing to the upcoming lineup of smartphone. A new Apple patent describes a material with metal appearance that would allow radio signals to pass through, without disrupting the appearance of the smartphone.

It’s still early days for the Apple revolution. Lighter, faster, thinner, whatever it is Apple has in store for us at the upcoming WWDC, we’re more than happy hyperventilate over!

Anna Domanska
Anna Domanska is an Industry Leaders Magazine author possessing wide-range of knowledge for Business News. She is an avid reader and writer of Business and CEO Magazines and a rigorous follower of Business Leaders.
« Trader Dumps $1.3 Billion Worth Apple Shares
Honda Clarity: Electric Car which emits Pure Water instead of Carbon »
Leave a Comment
Close