The popular low-energy sports car from Mazda has been upgraded and will be unveiled in Japan on 26th July. But before then, the Japanese automaker has released features of the 2019 Mazda MX-5 Miata.

The most expected upgrade in the new Mazda MX-5 Miata is an increased power. And the 2019 Mazda MX-5 Miata is coming with extra 26hp compared to the 2018 version which has a power rating of 157 PS (155 hp /115 kW) and torque of 148 pound-feet (200 Nm). The new MX-5 Miata will also deliver an extra torque of 3 pound-feet from its 181hp engine. The torque difference is why some have suggested the new Mazda would be coming with a refurbished version of the motor sitting under its predecessor; a 2.0-liter 4-cylinder engine. But it’s not clear yet if the car actually has a new motor or not, considering the increased energy. With the specific output not mentioned, a data sheet revealed the engine’s configuration will be 184 PS (181 hp/ 135 kW) and torque of 151 pounds-feet (205 Nm). 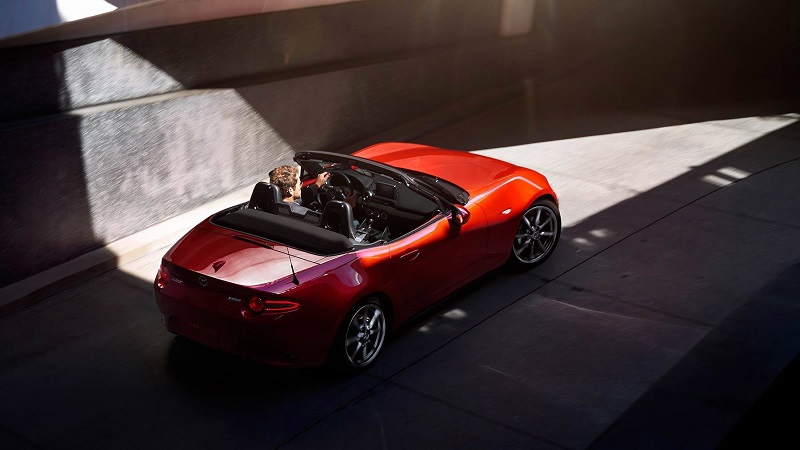 There are rumors that the coming engine which produces extra 15% horsepower will deliver an improved redline; up to 7,500 rpm from 6,800 rpm; feature lightweight connecting rods and pistons, and also a new crankshaft. In addition, the exhaust and intake ports will be designed bigger, and the crankshaft ruggedized further. It will also feature a new muffler and a dual mass flywheel. A new throttle body has been proposed to make proper use of the refurbished exhaust and intake ports. There are chances of improving energy level slightly with the mentioned tweaks aimed at reducing energy loses. This is why anyone would conclude that the new Mazda will be delivered with a reworked version of its former engine. 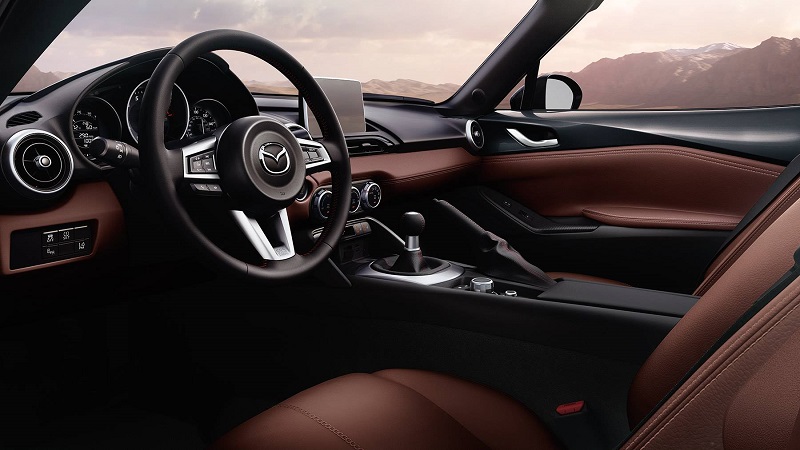 There is no doubt Mazda has designed the new MX-5 Miata to be more efficient compared to the ND-generation MX-5. Motor Authority reports that the new MX-5 Miata will feature Smart City Braking System. The system will work through a laser which is mounted near the rearview mirror to detect potential front-end collision. It will automatically apply brakes if collusion is sensed to avoid or minimize the severity of a potential crash. This feature will be designed to work when the vehicle’s speed is 19 mph and above.

Mazda has also considered larger folks in the new MX-5 Miata design. The car will be featuring a telescoping steering wheel which will reduce the cramped nature of Miata cockpit.