The 2019 Hyundai Kona Electric pricing is finally here and quite budget-friendly, though the EV is not available everywhere in the US. Hyundai on Friday announced that the 2019 Kona Electric price starts at $36,450 before delivery fee and the $7,500 federal tax credit. That means the vehicle actually starts at $29,995 factoring in the credit and destination fee ($1045).

The pricing is about the same as the Chevy Bolt EV but not in its entirety. The federal tax incentive for Bolt EV would likely run out in a couple of months. As soon as GM completes 200,000 electric car sales, the incentive will drop 50 percent to become $3,750 for the next six months, after which it will drop again to $1,875 for another six months before vanishing.

However, buyers must note that the incentive is not a point-of-sale discount; it’s a dollar-for-dollar reduction which depends on the buyer’s tax liability. That means not every buyer is eligible for the incentive. For individuals whose federal tax is not up to $7,500 in a given year, the credit is not for you.

The 2019 Hyundai Kona Electric took the center stage in October when the Korean automaker unveiled it with the hydrogen-powered Nexo FCV. The Kona EV joined the list of purely battery-powered vehicles like the Tesla Model 3, the Chevy Bolt, and the Nissan Leaf. But arriving in the form of an SUV, the Kona Electric is offering what Americans seem to love most. You’ll need roughly $83,000 to lay hands on Tesla Model X, which is another pure electric SUV likely to be available. 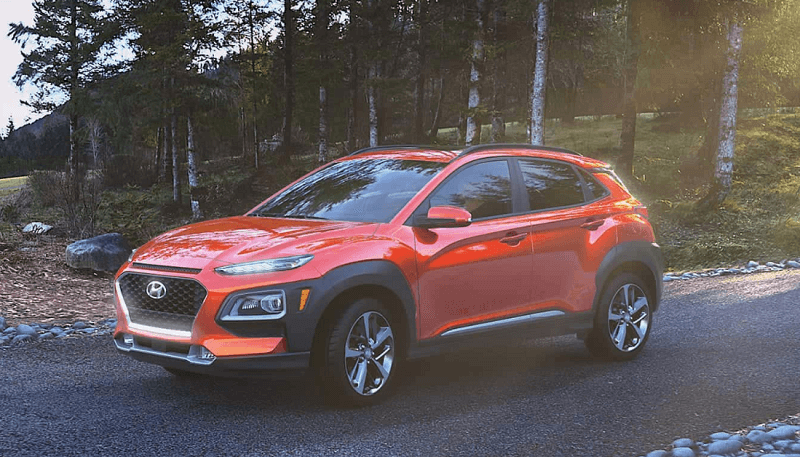 The Kona is installed with a 290 lb-ft, 201 hp electric motor which offers 258 miles on EPA estimation fitted with a 64-kWh battery pack. It looks a lot like the petrol-powered sibling – 2019 Hyundai Kona but can be distinguished by its grille-less face since it doesn’t require such air inlet. An LCD readout grid pattern replaces the grille with a charging port neatly hidden on the left side. The prow has a new light bar, which connects the headlamps in a wave pattern. 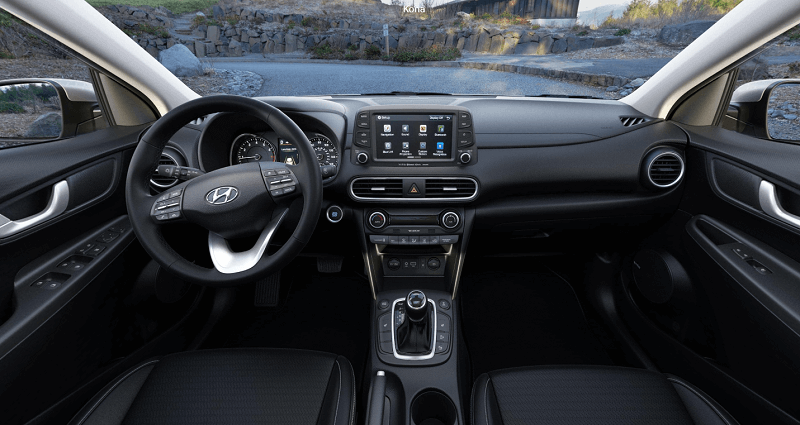 Like the petrol-powered model, the Kona EV base SE trim features almost every safety system available and loads of standard kits which include a 7-inch touchscreen infotainment system and heated front seats. The higher trims offer buyers extra features such as a power driver’s seat, leather seat, an 8-inch touchscreen, and a head-up display. There’s no price available for the higher trims yet.

GM’s Chevy Bolt EV comes with a little less power, at 200 hp and 266 lb-ft which offers 238 miles range and not include DC fast charging capability available as standard in Kona. Buyers will spend extra $750 to get this feature. In addition, Bolt EV is a little more expensive starting at $37,495 before delivery fee. Basic safety features and heated seats are only available from $41,780 Premier trim, though all variants of Chevy Bolt are installed with a 10.2-inch touchscreen.

The 2019 Hyundai Kona Electric is only available in ZEV states

While Chevy Bolt EV is available everywhere right now, it would take Kona Electric some time to get to all 50 states. Hyundai is limiting sales to states with zero-emission-vehicle requirements (ZEV states). The Korean automaker hopes to move sales to non-ZEV states. Dealers in the aforementioned states will receive the Hyundai Electric early in 2019. So far, no date has been announced and there’s no estimation of how long it would take Kona EV to reach other states.