The much long anticipated 2019 Ford Mustang Shelby GT500 will soon go on sale, but before then we give you a sneak peek of the amazing four-wheeled muscled machine.

Powered by a supercharged 5.2-liter V8 engine codenamed “Predator” with 700 horsepower capacity the all-new 2019 Ford Mustang GT500 is just an awesome wonder on wheels. This 700 horsepower powerful engine is encased in a hold covered by a hood with a huge vent on top which measures almost half of the length of its hood and appears a bit wider than the racing stripes that drapes the full length of the car. Also, a whole series of slats to channel hot air out of the engine bay are paraded by this amazing wonder on wheels.

With the enormous vent on its hood, the whole series of slats to expel hot air and also a very sizable front grille, the V8 monster even at its peak performance is not expected to overheat. On the main front grille is the very prominent Shelby Cobra badge. With the grille also appearing to encompass the lower opening, giving the whole car front more prominence, coupled with a big hood bulge and voluptuous fender which bestows on the car, a very aggressive front look and ultimately a grand appearance. 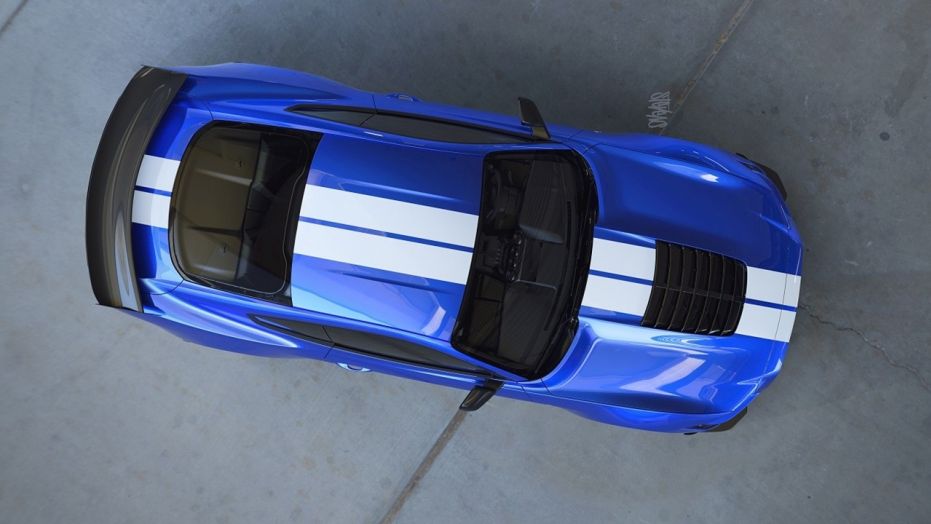 The coupe middle of this car is almost the same as the previous models, remaining unchanged but on its trunk sits a huge table top and very obviously carbon fibre made rear wing sitting on trellis-style supports. Not only the mentioned leaks but various other features which will unfold with time would surely make this car stand out amazingly.

Anna Domanska
Anna Domanska is an Industry Leaders Magazine author possessing wide-range of knowledge for Business News. She is an avid reader and writer of Business and CEO Magazines and a rigorous follower of Business Leaders.
« Google and Facebook face $9.3bn in fines for violating GDPR laws
Why Does Jeff Bezos Want Us To Leave the Earth? »
Leave a Comment
Close