Domestic Demand Leads to Unprecedented Growth in Economy of Thailand 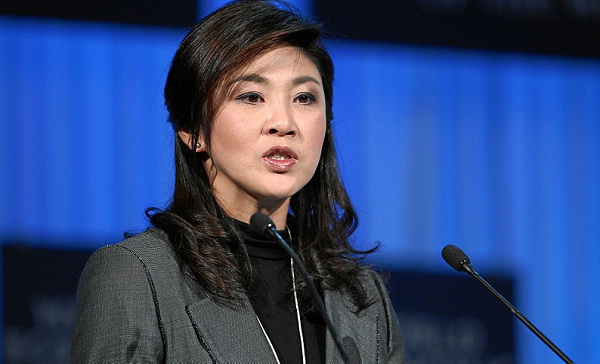 Thailand witnessed strong growth in the fourth quarter of 2012 as industry recovered from effects of severe floods. The result of 3.6 percent growth topped analysts’ estimates. The Thailand’s economy and other Asian countries demonstrated resistance to the struggling global economy as local and domestic demand increased.

On the 18th of February, the National Economic and Social Development Board (NESDB) informed that the Thailand’s economy grew stronger than initially expected. According to data released by the NESDB, Thailand’s gross domestic product climbed as much as 18.9 percent in the final quarter of 2012 on a year-on-year basis, topping an analysts’ estimate of approximately 15.3 percent. Thailand saw its economy increase roughly 3.1 percent in the third quarter of 2012. As for full-year GDP, the NESDB informed that the Thailand’s economy grew approximately 6.4 percent in 2012 from only 0.1 percent in 2011, when country was stalked by severe floods.

Arkhom Termpittayapaisith, secretary general of the National Economic and Social Development Board (NESDB), underlined that the good results were mainly driven by strong domestic demand and improved international demand. He added that the country fully recovered from severe floods which stalked the nation and disrupted production of many companies such as Honda Motor Co., bringing the economy in a double-digit contraction.

Data showed that Thailand saw its exports climb as much as 18.2 percent in the three months ended December on a year-on-year basis, while manufacturing grew almost 45 percent in the period. In addition, the NESDB informed that private consumption jumped slightly over 12 percent in the fourth quarter from the same period a year earlier, while private investment increased as much as 21.7 percent.

As it was also noted, especially increased car sales and production helped to boost Thailand’s GDP as the government introduced a new program aimed at encouraging new purchases. Data showed that Thai car sales amounted to approximately 1.44 million in 2012. What is more, the figures indicated that bank loans increased by as much as 13.7 percent in the year as companies decided to rebuild their businesses ruined by severe floods. But also the government has recently taken some steps and pushed the central bank to further cut rates to help the country’s exporters.

Analysts, however, note that the strong GDP was not only the effect of the low base seen in 2011. They underline the significance of the government’s steps which drove double-digit growth in consumption and investment in the period.

Thailand is not by itself as it comes to boosting government spending to support growth. Southeast Asia’s economies, including Malaysia and Philippines, have experienced first-hand what the European debt crisis means. However, a recent recovery in China from a previous economic slowdown and the improved economic picture in the US gave hope to the region. Singapore and Malaysia are expected to record stronger GDP for the final three months of 2012. Analysts estimated that Malaysia saw an increase of about 5.5 percent in the fourth quarter, compared to a growth of 5.2 percent in the quarter earlier. The forecast for 2013 is also positive as it has been noted by analysts.

According to the National Economic and Social Development Board, the Thailand’s economy is expected to increase 4.5 percent to 5.5 percent in 2013. In addition, export is said to climb as much as 11 percent.