Texas retains its lead in US wind capacity additions, according to the Department of Energy’s 2017 Wind Technologies Market report. The state recorded 2,305 megawatts additions while Iowa claimed the highest wind energy generation share with 36.9%. 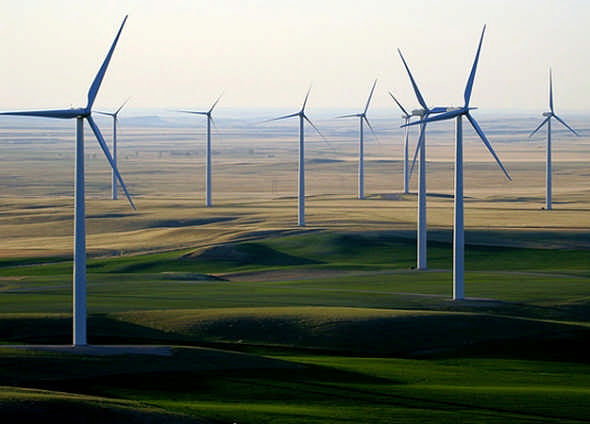 Texas still has “plenty of onshore resources” which could cost less than onshore projects to develop.

Last year, the US generated 6.3% of its electricity supply from operational wind turbines and a 10% wind energy penetration as a fraction of in-state generation was exceeded by 14 states. Iowa was ranked first, with wind turbines supplying 36.9% of its electricity. Kansas followed up closely with 36%, while Oklahoma (31.9%) and South Dakota (30.1%) followed up among top states generating electricity from wind parks.

Texas will continue to lead US wind energy

While wind is behind solar and natural gas as the largest source of energy, it represents 25% of the newly installed renewable energy in the US last year, with a capital investment of USD 11 billion. According to the Houston Chronicle, Spanish utility Iberdrola recently disclosed its plans to invest $1 billion in new wind projects in Texas. New wind farms proposed for funding by the utility firm will generate a total of 700 megawatts, a capacity that could power about 140,000 homes in Texas at peak performance.

A 33,000-megawatt capacity wind farm currently under development in Texas is considered as part of the project. Iberdrola already has 725 megawatts generated from wind farms in Texas. It had invested those through its subsidiaries in America: Avangrid renewable in Oregon, Orange, and Connecticut. The utility firm has its largest wind farm in Kenedy County; the 606 megawatts STC wind farm.

Offshore wind farms will not likely make any breakthroughs in Texas. The state is largely focused on its onshore wind sector, dominantly on its western plain. A statement by Iberdrola CEO Ignacio Galán opines that more projects will be focusing onshore. He disclosed that Texas still has “plenty of onshore resources” which could cost less than onshore projects to develop. IEA also said that offshore wind farm projects would cost three times more than onshore projects.

The US is not following Europe’s investments in offshore wind farms, largely because it’s more expensive to build offshore. It’s not only cheaper to build onshore wind farms because the equipment is more available but also easier to transport and to recruit workers, said Wood Mackenzie Anthony Logan.

Anna Domanska
Anna Domanska is an Industry Leaders Magazine author possessing wide-range of knowledge for Business News. She is an avid reader and writer of Business and CEO Magazines and a rigorous follower of Business Leaders.
« PepsiCo buys SodaStream as it doubles down on sustainability
Toyota is investing $500 million in Uber to develop self-driving cars »
Leave a Comment
Close