Tesla has achieved a new milestone in premiering its cars ahead of other existing and upcoming electric car brands. During its customer event at Fremont, the California-based electric car manufacturing company unveiled its new Supercharger stations featuring Tesla “V3” Supercharger. According to Tesla’s blog post, the V3 Supercharger, which supports peak rates of up to 250kW per car, can add 75 miles of range in 5 minutes. Tesla says the V3 superchargers would be available to all in April. 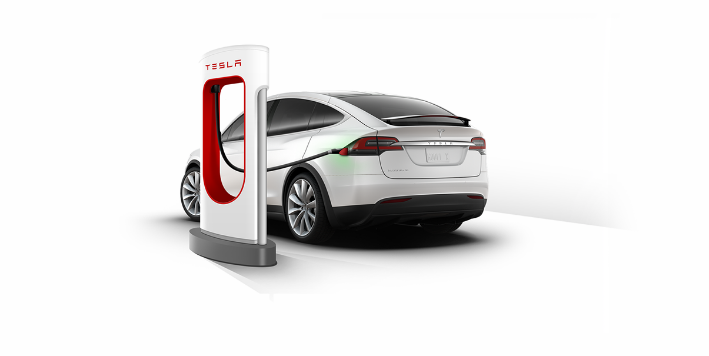 In addition to the new Supercharge station announcement, Tesla says it will update the V2 Superchargers, which is currently capped at 120kW, to a peak charge rate of 145kW “over the coming weeks.” This should be temporary before the highly improved V3 Supercharger replaces the under-firing V2 superchargers with a max output rating of 150kW.

Tesla also launched a new feature called “On-Route Battery Warmup,” which intelligently heats a vehicle’s battery once the owners navigate to a Supercharger. The feature ensures that the vehicles arrive at the station with “the optimal temperature to charge,” which reduces the average charge time by 25%.

The V3 Superchargers won’t be available for all Tesla models

The new Supercharging architecture is only available for the Model 3s due to the car’s battery chemistry. Tesla says it will increase the charging speed of Model S and Model X, currently at 120kW and not compatible with the V3 Supercharger, through software updates “in the coming weeks”.

While Tesla’s V3 Superchargers offer an extra capacity to charge the company’s vehicles faster, they fail to match Volkswagen’s 350kW capacity offering. Though Volkswagen’s charging stations are currently down due to concerns about the special cables used in Electrify America’s stations, they are also equipped with liquid coolant system and would offer much faster-charging ability.

Since Tesla’s first Supercharger station launch in September 2012, the company has as of February 2019 opened over 12,000 Superchargers around the world. With the V3 Superchargers coming online soon, Tesla would be able to “serve more than 2x more vehicles per day at the end of 2019,” says Tesla, to match with the growth rate of the company’s cars within the year.

Anna Domanska
Anna Domanska is an Industry Leaders Magazine author possessing wide-range of knowledge for Business News. She is an avid reader and writer of Business and CEO Magazines and a rigorous follower of Business Leaders.
« 5 Best Electric Cars Coming Out This Year
Bugatti unveils La Voiture Noire: The World’s Most Expensive Car! »
Leave a Comment
Close