Tesla has sent a range update for its Model Y cars which will hike up performance to 325 miles. The car’s HVAC has been upgraded.

A software update by Tesla for its Model Y car improves the range of existing Model Y crossovers, preventing many from spending money on a new range upgrade.

The exact details of the upgrade improvements are not available, but a Model Y driver owner got an update, which put his Model Y car at par with the 325 miles that the new Model Y is providing.

The Y has only been on the road for several months, so there’s a chance this could cover all existing models. Tesla improved range to 15 miles in some Model 3 versions in 2019. Earlier, Tesla increased the range of the new Model, Y Long Range, from 316 miles to 325 miles.

The improvements come through code that “improves the efficiency of the motors and the climate control systems,” Tesla said in its release notes. In other words, Tesla’s “efficiency package” mentioned with the Model 3 refresh appears to revolve around software. The improvement is both in the powertrain and the HVAC system.

Tesla’s Model 3 is also now getting a new heat pump, which Tesla might now have optimized through software.

The Model Y cross over was recently announced as seven-seater. 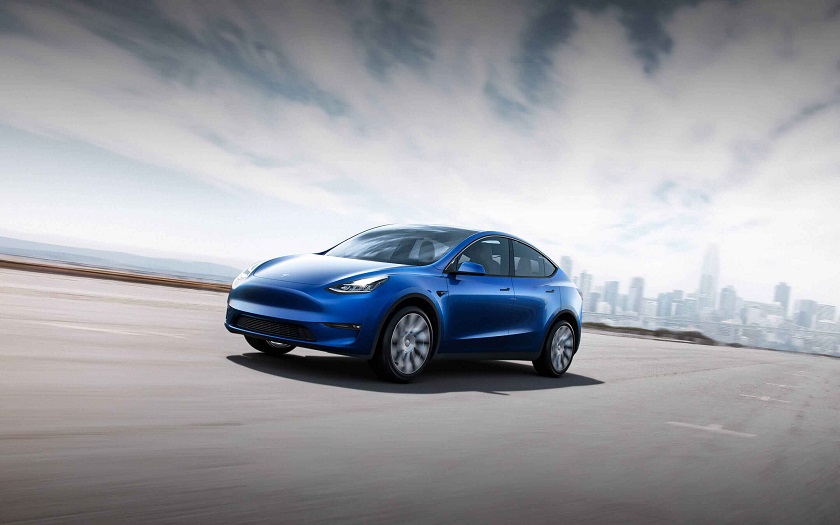 Tesla is reportedly working on a secret project code-named Palladium, which will see Model S and X receive a slew of updates.  The cars will get new battery modules and drive units, which will facilitate the super fast Plaid model. It seems the new model will need a totally new assembly line.

Also, a quiet price cut has been done for the Model S to compete with Lucid’s Air. The new Model S is now available at a competitive price of $69,420 to keep up with the Air price of $70,000. This was the third price cut for the model this year.

The improvement is welcome as the competition in the electric vehicle segment is hotting up with Lucid, GM-Nikola partnership, Toyota working on a new model and Volkswagen’s ID.4. Most are coming with high-end features and improved mileage.

Tesla has revealed plans to aggressively up its vehicle and battery production to meet delayed orders and is planning to deploy more production lines in the next few years.

The automaker has had an immense run at the bourses this year with tech companies defying the market downturn due to their innovations and digital strengths. Keeping up the momentum and making good on the corporate shift and pivot to more sustainable technologies and investments, Tesla has been hinting at big things.
Recently, Elon Musk showcased the company’s advanced battery technology that will last longer and give more mileage on a charge at its Battery Day event. Musk also said that the new battery technology would help reduce the size of the vehicles by about 10% and extend their range by 56%.

Tesla is currently building its third vehicle manufacturing facility near Berlin, which will also include a battery plant, and aims to start construction on a new vehicle factory in Texas this year.

Tesla has delivered a record 139,300 vehicles globally in the third quarter. The company aims to deliver half a million vehicles by the end of this year, reports Reuters.

Bitcoin price has once again soared over $63,000 USD as the cryptocurrency market braces for the upcoming Coinbase IPO. The San Francisco-based cryptocurrency exchange platform, wh
21 hours ago