According to the lawsuit filed in Arizona, Startup Nikola claims it’s the design of its big rigs, unveiled by the company two years ago (May 2016) was copied by Tesla.The report says that Nikola had earlier sent a “cease-and-desist letter” to Tesla in November 2017 after Tesla released a teaser image of its Semi truck, pointing out the resemblance of its semi truck design and Tesla’s Semi. These include its aerodynamic fuselage, side cladding, mid-entry door, fender, and wrap windshield design patents issued by the U.S. Patent and Trademark Office. The letter requests that Tesla delay unveiling its Semi to the public until the patent infringement issue is resolved. Tesla failed to respond, said the filling, and Elon Musk on November 16 unveiled its Semi truck at an event in Hawthorne California. 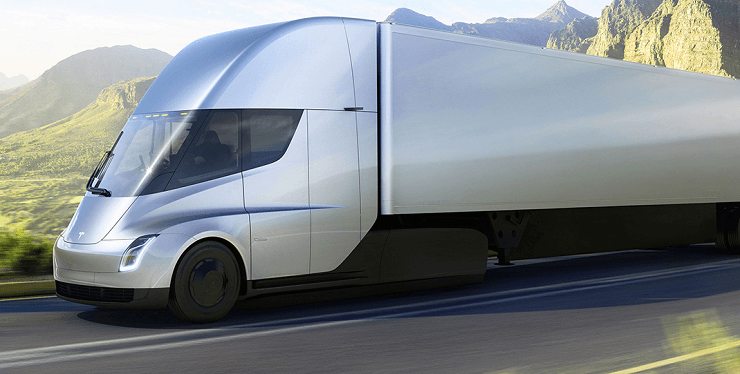 The Semi truck will roll out into the markets in 2019.

Startup Nikola alleged that Tesla’s introduced Semi has brought “confusion in the market,” hurting the company’s to attract partners and investors, and Nikola is asking for damages in “excess of $2 billion,” about the increase in Tesla’s market cap since unveiling its Semi truck.

“For example, Tesla has had problems with its batteries starting fires and its autonomous features causing fatal accidents. Should these problems arise with the Tesla Semi, the market will attribute these problems to Nikola because of the similarities between the two vehicles,” said the complaint.

Tesla spokesperson on Tuesday night said, “It’s patently obvious there is no merit to this lawsuit.”

The first cargo deliveries of Tesla’s Semis happened in March, but commercial production for the truck is being anticipated in 2019 and deliveries starting in 2020. Some major companies have placed pre-orders already; this includes PepsiCo Inc., UPS Inc., and Wal-Mart Inc.

Founded in 2014, Nikola showed off its first two lineups; a hydrogen-powered semi truck and a four-wheel off-road electric vehicle after operating for two years. And the company has added a second semi truck to its credit. Nikola announced in January that the company is planning to build a factory in Arizona worth $1billion. This came after it claimed to have received over 8,000 pre-orders for its electric semi trucks powered by hydrogen fuel-cell and the company is expecting to start production in 2021.

Tesla and Nikola have earlier engaged in a dispute before now. Both companies’ names came from the Serbian-American inventor: Nikola Tesla. Tesla’s Q1 fiscal earnings report is scheduled after bell closing on Wednesday.

Anna Domanska
Anna Domanska is an Industry Leaders Magazine author possessing wide-range of knowledge for Business News. She is an avid reader and writer of Business and CEO Magazines and a rigorous follower of Business Leaders.
« This Wind Turbine Will Make the Same Amount of Energy as Two Coal Plants
5 Takeaways from Tesla’s First Quarter Earnings 2018 »
Leave a Comment
Close