Tesla’s role of leading the world’s transition to an electric future must remain innovative to stand the test of time. Many battery startups are on a route to deliver much more efficient rechargeable batteries. Will their breakthroughs cannibalize Tesla?

However, lithium-ion battery technology development has maintained a very slow pace since introduced; many promises of a big leap are either smokescreens or taking too long to happen. This has grossly slowed down the world’s race to an electric future.

Considering the challenges in the use of rechargeable batteries; weight, size and charging, many battery startups are focused on improving the energy density while still making lithium-ion batteries affordable. This quest has led to a completely different paradigm; efficient lithium battery must be lighter, last longer on a single charge and be cheaper.

Fortunately, many startups are coming up with supercharging technology for better performance aside from investing more into building better batteries with improved energy densities and lower costs. Most recent electric cars can travel longer distances and also charge more quickly at supercharger stations. Tesla’s new supercharger stations can add up to 75 miles of range in 5 minutes. That’s not enough, though.

The concept of lithium-ion battery technology

A lithium-ion battery is made up of four important parts: a liquid electrolyte, the anode, the cathode, and a separator. The electrolyte creates the positive and negative currents by carrying lithium ions through the separator; to and from the electrodes: cathode and anode. This is the process that generates the charge stored in the battery.

The physical separator begins to breakdown when the graphite and metal oxide which makes up the anode and cathode heats up. The process leaves the electrolyte, which is highly flammable, exposed. And this is why the battery density must not surpass the safe doping ratio. The current maximum energy density for a lithium-ion battery is about 260 watt-hours for each kilogram. Lithium-ion batteries in most electric cars are holding at most 250 watt-hours for each kilogram.

Sila is just one of many battery start-ups recently backed with substantial funding to commercialize their battery tech. The California-based Alameda last year received $70 million from many investors to build a commercial production line for its silicon anode batteries. Before co-founding Sila 10 years ago, Berdichevsky, a mechanical and energy engineer, was a seventh employee at Tesla Motors. He led the development of the world’s first, mass-produced, safe, automotive lithium-ion battery system used in the Tesla Roadster.

Sila plans to start with consumer devices before scaling up automotive partners over the next 5 years, with BMW already an auto partner with the battery startup. “The material required for one car is the equivalent of 1,000 smartwatches or 10,000 smartphones,” Berdichevsky said. 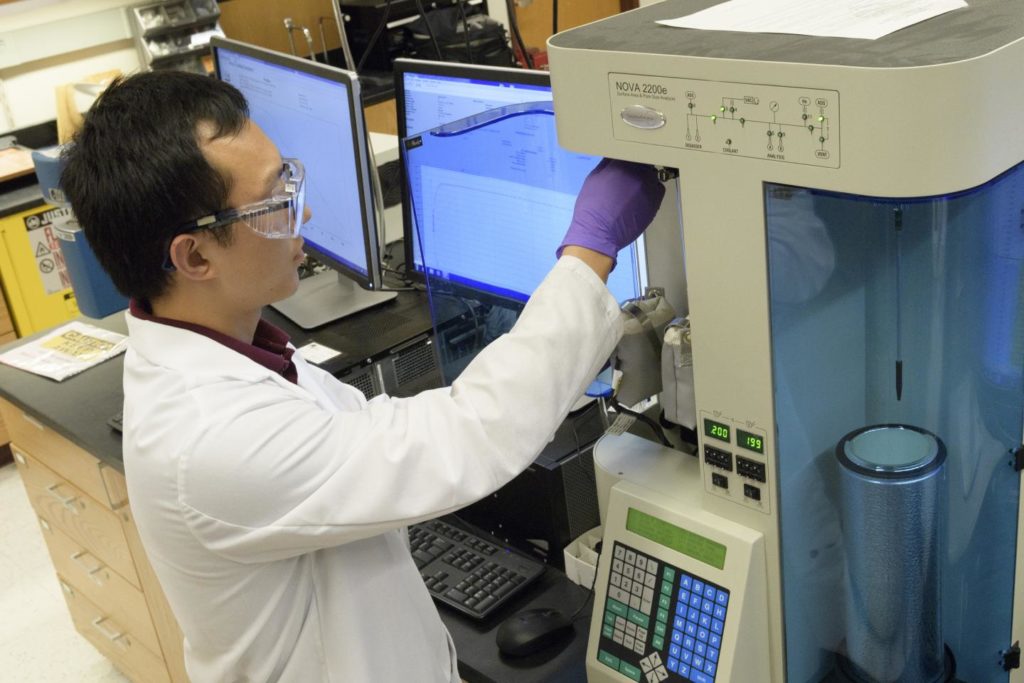 QuantumScape, a Stanford University spinoff founded in 2010, is partnering with Volkswagen Group to develop a solid-state battery. The German automaker staked the sum of $100 million as an investment to commercialize QuantumScape’s battery technology. The San Jose-based battery startup is now valued $1.75 billion, according to PitchBook’s data. Volkswagen’s E-Golf, which currently has a range of 186 miles, will deliver 466 miles on a single charge when installed with QuantumScape’s battery, which is lighter and charges faster, according to Volkswagen.

California-based Enevate, which is also using silicon anodes to create next-generation lithium batteries, received $111 million in funding last year, part of which came from LG Chem, a South Korean battery company. Enevate’s first commercial batteries, which will focus on micromobility, are about a year and a half away, according to the company’s CEO Robert Rango.

Solid-state is the new battery technology, which replaces most of the important parts of a lithium-ion battery that has made it less efficient. Solid-state replaces the liquid electrolyte and separator a solid piece, typically glass, flame-retardant polymer or ceramic. It also used metallic lithium to replace the graphite anode.

Will these developments disrupt Tesla’s business? Solid-state batteries look promising but the product is not likely going to be commercially available until around 2025. QuantumSpace, which is clearly leading other solid-state battery counterparts, disclosed recently that its commercial production target is scheduled to be 6 years from now.

However, Sila and a few other startups are not casting their coins into solid-state batteries. Sila Nanotechnologies is planning to take advantage of the existing lithium-ion manufacturing process to deliver its improved batteries quicker. Instead of developing solid-state batteries, Sila will just replace the graphite anode with a silicon-based anode that can absorb lithium ions a lot faster than graphite.

Of course, it’s clear that rechargeable battery development takes a long timeline. And this is a clear sign of how difficult the technology can be. While these new developments focused on improving the range of electric cars are yet to reach commercial production, it difficult to dispute a disruptive effect on Tesla’s business by the time they make it to the market. Mind you, Tesla is not folding its arms to be overwhelmed by the impending storm. It has in many occasions proven to be innovative and into business. These are clear indications that the ubiquitous of electric cars could be closer than many of us think.

Anna Domanska
Anna Domanska is an Industry Leaders Magazine author possessing wide-range of knowledge for Business News. She is an avid reader and writer of Business and CEO Magazines and a rigorous follower of Business Leaders.
« Amazon is blocking ads for ‘CRaP’ products to bolster its bottom line
19-year-old CEO reveals the future of her Chinese English name–selling website »
Leave a Comment
Close