American electric car manufacturer Nikola Motor on Tuesday announced the third version of its hydrogen-electric semitrailer, exclusively for European, Australian and Asian customers. The Nikola Tre will feature similar specs with its American predecessors despite having a different look, according to the company’s statement.

CEO and founder Trevor Milton in a statement promised that Nikola will display a prototype of the new truck – Tre (which means “three” in Norwegian) in April 2019 at Nikola World event in Phoenix, Arizona.

“Level 5 autonomy” means a level of self-driving in vehicles that could operate under any environmental conditions without human drivers. Redundancy in engineering means the duplication of important modules of a system to increase its performance and reliability. 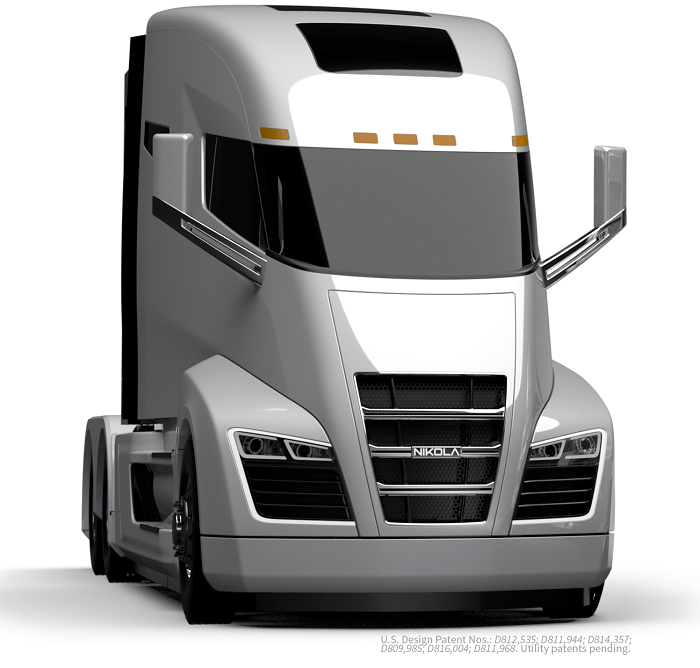 Hydrogen-powered fuel cells are a clean alternative to electric vehicles powered by batteries. The energy is sourced from an electrochemical reaction that converts hydrogen fuel into electricity. Instead of polluting emissions, water drops out of the exhaust pipe while the energy is generated.

The Nikola Tre predecessor – Nikola One is an electric Class 8 truck with a 320 kWh EV battery that powers 6 traction electric motors with 1,000 hp and a torque of 2,000 lb-ft. The truck achieves a speed of 65 mph (105km/h) while carrying a full load of 36 tonnes. Its energy is sourced from 300kW hydrogen fuel cells that consume 4.6kg H2 for every 100km from 100kg hydrogen tanks to offer 1,900 km drive range. That’s equivalent to 15.4mpeg of diesel. Nikola unveiled the hydrogen version of One in December 2016 and the truck is expected to be available in 2019.

Nikola said it will start testing the Tre in Norway by 2020. However, the company is still in the “preliminary planning stages” to choose manufacturing location in Europe for the truck. The Tre will have a distance range between 500 and 1,200 kilometers, and brake horsepower of 500 or 1,000, depending on the customer’s option.

The automaker is working with Nel Hydrogen, a Norwegian company to provide hydrogen fueling stations across the US, with the target of building over 700 hydrogen stations in the US and Canada by 2028.

“We will work with Nel to secure resources for our European growth strategy,” said Nikola CFO Kim Brady, in a statement. “We have a lot of work ahead of us, but with the right partners, we can accomplish it.”

Earlier in May, Nikola Moto launched a lawsuit against rival Tesla, alleging patent infringement. Nikola accused Tesla’s Semi designs to be “substantially” similar to its patented semi-truck design and was seeking for $2 billion in damages.