America’s most valuable carmaker Tesla earned a remarkable profit of $270 million in its fourth quarter of 2020. It accumulated a yearly profit of $721 million, which is the first annual profit of Tesla . The company faced an $826 million loss in the year 2019.

The robust financial profits were garnered from record vehicle timeline productions and deliveries during the fourth quarter of 2020. Tesla delivered a huge figure of 180,000 vehicles to customers in the quarter, tallying the year’s total just short of the 500,000 vehicle targets by the company. Due to this, the revenue count of the company surged high and the Q4 2020 revenue stood at $10.7 billion. This is 46% up from the $7.4 billion Tesla earned a year earlier.

The remarkable growth in the revenue, however, wasn’t well enough to please the Wall Street. Tesla’s stock fell 3.3% in the after-hours trading to amount $835.

The market capitalization is however, still above the amount $800 billion, which is much more compared to any other automaker. 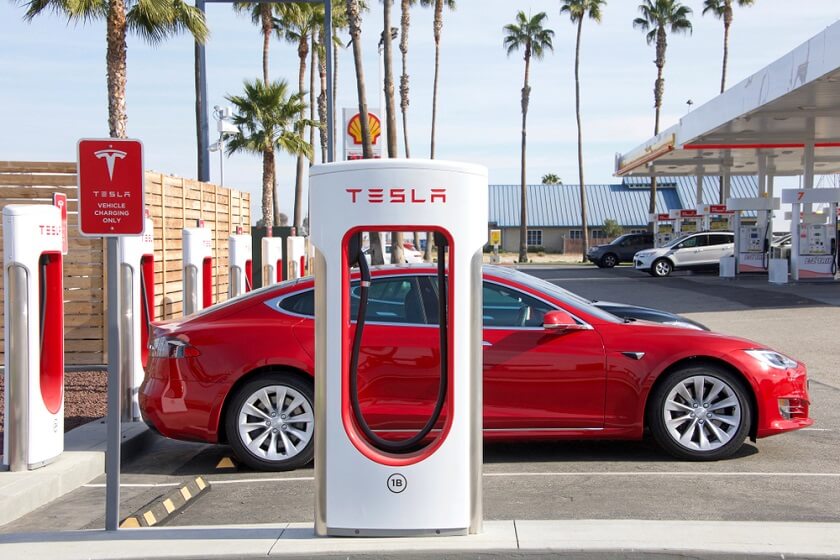 The profits of Tesla company were possible due to $1.58 billion earnings in regulatory credits in 2020. Several jurisdictions, including the ones from California and European Union, have strict laws that require carmakers to achieve ambitious emissions targets or else they should engage certain fraction of their fleet as electric variants. The companies that fulfill and exceed the clearly-defined targets earn credits that they can sell to other automakers that fall short. As every vehicle by Tesla is electric, it earned magnum extra credits to sell.

Rise from the Ashes

Around three years back, Tesla stood at the edge of bankruptcy as the cost of scaling up the Model 3 vehicle variant production tested its fundraising ability limits and heights. The company, gradually, sailed past those days. Around 2020-end, the company earned $19.4 billion in cash in the bank, up from the amount $6.3 billion a year earlier to that. This was possible mostly because of the two $5 billion rounds of fundraising activities it conducted in 2020. One of them was held in September and the other one in December.

Tesla is looking forward to continued growth in 2021. It stated that it has the optimum capacity to produce around 600,000 vehicles per year in its prime factory in Fremont. Additionally, it can produce another 450,000 vehicles in its Shanghai factory. Tesla stated that the new factories in Berlin and Austin, Texas, will soon be ready to begin production of the Model Y this year. The company is also highly hopeful of initiating deliveries of the long-delayed Tesla Semi vehicle in 2021.

If the pre-defined goals are met, Tesla Company will be able to engage in the production of at least 1 million vehicles in 2021, which is double the yearly figure. Tesla doesn’t expect to gain the present growth rate in the long term, though it is aiming to ramp up the vehicle deliveries by around 50% in the next few years. The company has also garnered steadfast growth in its other business aspects. In the last year, the number of supercharger stations by Tesla surged by 41%, from 1,821 to count 2,564. Also, Tesla delivered the 3GWh amount of fixed storage capacity in 2020, which is almost double amount of the rate the company shipped in 2019.