Tesla says it will test and fix the affected vehicles free of charge.

In 2017, Tesla had issued a service bulletin about the manufacturing defect in the front suspension that may lead to link failures.

The NHSA report describes the defects as, “The Model X is equipped with a cosmetic applique at the front of the roof just behind the windshield, known as the front applique, as well as an applique at the center of the roof in between the upper falcon door roof glass, known as the spine applique. Both appliques are adhered to the vehicle using urethane. If the applique-to-urethane interface lacks primer, then, over time, the adhesion may weaken, causing the applique to separate from the vehicle.” 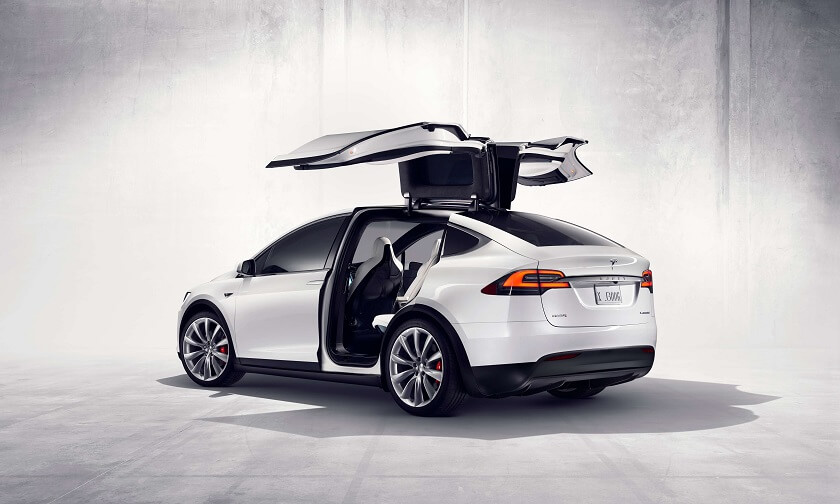 The NHSA notes that if the applique separates from the vehicle while in drive, it could create a road hazard for following motorists and increase their risk of injury or a crash.

Tesla says it will apply a retention test to the potentially affected cars and reapply primers and adhesives so the trim attaches properly.

Roof fixtures seem to be an issue with Teslas. A Model Y recently lost its entire roof due to poorly applied seal.

The other recall involves 401 Model Y vehicles built during a 2-month period in which manufacturing records cannot confirm that the front upper control arm was properly fastened to the steering knuckle.

Without the bolts properly tightened, the arm could detach from the steering knuckles, affecting the driver’s ability to steer the car, the agency has noted in its recall notice.

Tesla will be required to inspect the vehicles for proper torque of the fastener at the upper control arm and, if necessary, service will adjust the fastener to internal specifications.

Tesla also made various changes to the production line installation process to mitigate reoccurrence, torque angle limits were refined, and secondary inspections and audits were implemented.

Tesla says it will test and fix the affected vehicles free of charge.

The NHTSA report also notes that only three vehicles were affected by loose bolts, and overall it’s not aware of any accidents or injuries tied to either recall. The recall is unlikely to have much impact on Tesla’s recent brilliant record at the bourses.

The company’s stock value has increased by more than $40 billion and pushed Elon Musk to the second richest man position.  It will soon be again listed on the S&P 500 index too, following its performance.