Tesla's third-quarter earnings showed better than expected results at a revenue of nearly $8.8 billion and net income of $331 million. The shares have so far gone up by 405%.

Tesla, Elon Musk’s electric car making company reported the fifth quarter of profits, despite dire warnings of a paper tiger by analysts and said that the company is on point with its deliveries of 500,000 cars.

The company has delivered 139,300 vehicles this quarter.

Tesla’s factory expansion in Austin, Texas and Brandenburg in Germany pushed expenses by 33% from last quarter to $1.25 billion.

Musk, talking about the production facilities during the earnings call, said, “I should make a point that for Berlin and Austin, we do expect to start delivering cars from those factories next year but because of the exponential nature of the spool up of manufacturing plants especially one with new technology, we’ll start off very slow at first and then become very large.” 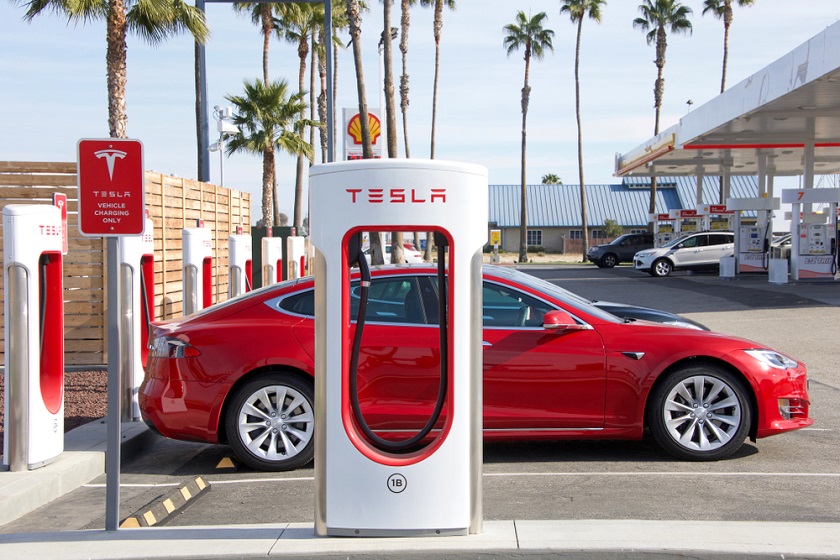 Tesla previously planned to start production at the Berlin factory in July 2021. But Musk cautioned that it will take another two years to hit full capacity.

Cybertruck delivery was pegged at the end of 2021 “if things go well.”

“While achieving this goal has become more difficult, delivering half a million vehicles in 2020 remains our target,” the company said. This will largely depend on increased production at its Shanghai factory and higher output of its Model Y, it said. Tesla must deliver 180,000 cars in the fourth quarter to meet the 500,000 goal.

Kirkhorn acknowledged that Tesla’s third-quarter results were helped by better-than-expected regulatory credit sales. “The regulatory credits business was stronger than our expectations and we are tracking to more than double this year compared to last,” he said. Tesla made $397 million in regulatory credits during the quarter, double the amount it made from these “green” credits year-over-year.

Kirkhorn said that Tesla plans to spend $2.5 billion more in the coming two years on new factories and expansion.

Tesla has managed to raise nearly $7 billion in the past months with its five-for-one stock split and the sale of $5 billion of its common stock in September.

“What jumped out to me is gross margins,” said Gene Munster, managing partner at Loup Ventures. “That’s the machine that keeps the machine growing. They are making more money from each car.”

Tesla’s gross margins went up by more than 250 basis points in the quarter to 23.5%, while operating margins grew to 9.2%.

The strong profits is likely to speed up the company’s inclusion in the S&P Dow Jones Indices. Garrett Nelson, an analyst at CFRA Research, said in a note to clients, “We think TSLA’s fifth straight quarter of GAAP profitability raises the likelihood of the stock being added to the S&P 500 in the near term.”

Anna Domanska
Anna Domanska is an Industry Leaders Magazine author possessing wide-range of knowledge for Business News. She is an avid reader and writer of Business and CEO Magazines and a rigorous follower of Business Leaders.
« Celltrion of S Korea receives US emergency approval for rapid test Sampinute
Exxon, JERA of Japan sign MOU with Vietnam for LNG power station »
Leave a Comment
Close