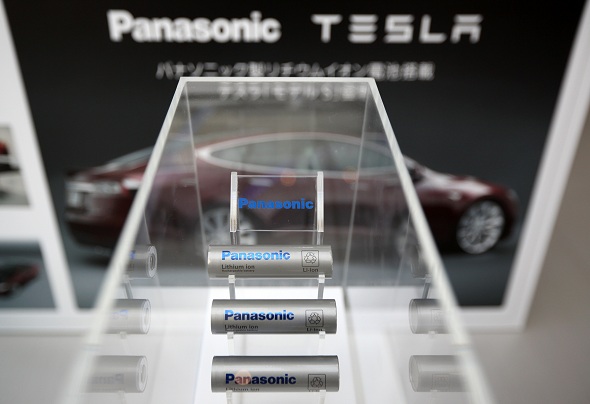 Electric-car maker Tesla Motors will team up with electronics giant Panasonic to build a huge all Lithium-ion Battery Factories or Gigafactory in the U.S.

The new agreement that was announced on Thursday says Tesla will be in charge of acquiring and managing the land, buildings and utilities of the factory. Panasonic, who is already supplying Tesla with battery cells, will invest money into purchasing the equipment for making the cells at the factory, the location of which has yet to be disclosed.

Tesla, however will do the final assembly of packaging Panasonic batteries on site to create battery packs that power its cars. The company has created a network of suppliers to make sure all the needed materials are available at the plant for managing the batteries’ operation.

Along with Panasonic as its top partner, the Gigafactory will be managed by Tesla. One half the floor spaces will be taken over by Panasonic’s battery-making activities and the other half will be devoted to suppliers and Tesla’s battery pack operations.

Batteries are highly expensive and make up a huge chunk of the price of a car. The consolidated nature of the factory will make it a quantum leap by improving their manufacturing processes and by reducing the cost of batteries, Tesla and Panasonic say.

By bringing all of those functions under one roof, Tesla aims to reduce the price of its battery packs by at least 30 percent. That’s essential to the company’s plans to make lower-cost advanced batteries for a mass-market electric car, the $35,000 Model 3 due later this decade.

Chief Executive Officer Elon Musk had earlier said that a shortage of battery cells had debilitated its ability to market and deliver cars as swiftly as it would have wanted. He said building the battery plant is necessary to ensure that the company has a stable, long-term supply that will match the car maker’s sales goal well into the future. Tesla still plans to purchase battery cells from Panasonic’s factories in Japan.

The company said its Gigafactory will be huge enough to generate 35 gigawatt hours of cells and 50 gigawatt hours of battery packs by 2020. The gap would be filled by other cell suppliers or cells from Panasonic’s factories in Japan, Musk said.

Tesla says the plant will require investment of up to $5 billion and the company would be investing 40 per cent to 50 per cent of the estimated cost of building a new gigafactory. Panasonic is expected to fund nearly 30 to 40 per cent of the factory estimate, and other smaller suppliers about 10 to 20 per cent.

Anna Domanska
Anna Domanska is an Industry Leaders Magazine author possessing wide-range of knowledge for Business News. She is an avid reader and writer of Business and CEO Magazines and a rigorous follower of Business Leaders.
« Microsoft has to hand over customers’ emails stored on servers in Ireland, U.S. judge rules
Xiaomi Topples Samsung Electronics To Become The Leading Smartphone Maker In China »
Leave a Comment
Close