Tesla Model S cars could put you on fire, literally 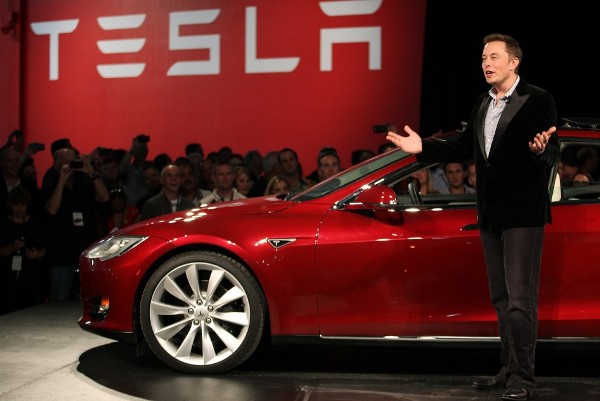 Latest news could lead you to one conclusion: Seems like Elon Musk is having fire trouble in last six weeks. After there was a third fire reported in Tesla Model S luxury sedan, fire problems lead to reasonable turn of events; huge concern among present and possible future owners of Tesla electrical cars. U.S. safety regulators are investigating fires in Tesla Model S electric cars, while Elon Musk indicates that he stands by the car and has no doubt in the safety of it, actually claiming the car is one of the safest anywhere, on the other hand he did decide to act and ordered three changes.

Tesla, we have a problem!

And there was fire, make that three fires actually. Making Tesla Motors CEO Elon Musk announced Tuesday that the company’s electric cars are going through some modifications, after he had called media reaction to the fire cases something like useless overreaction.

Last fire happened on November 6th near Smyrna, Tenn., right after driver hit a trailer hitch, fire case before that occurred in Mexico after a high-speed crash and the first U.S. fire happened on a freeway in Kent, Wash., near Seattle when a Tesla Model S struck a metal object which caused pierce of the shield and the battery. Since we are talking about electrical cars, damage of the batteries causes thermal reaction and leads to the fire cases. This is the same problem that has been causing Tesla fire cases in all of the cars, so The National Highway Traffic Administration suspects that the undercarriage of the model S is just too low and can cause driver hitting metal road debris easily. This was the case with both U.S. Tesla fire cases and hits like that just damage battery and start fire in that way. So the investigation the Agency has opened (risks from the undercarriage getting hit) is about to affect more than 13,000 cars from the 2013 model year that were sold in the U.S. Tesla has sold about 19,000 of the cars all over the world. They start at $70,000 but often run more than $100,000.

After Tuesday case and investigation are opened Tesla says the company asked the government to investigate even though their cars catch fire at a far lower rate than gas-powered vehicles. Musk also added that the fact that in each fire case the occupants escaped unharmed is the fact that is proving the car’s safety. The investigation could lead to a recall, but no decision has been made yet.

Well, we will have to wait the end of the investigation to know if the fire cases were like they find it in Tesla; drivers fault, or there is something wrong with the popular electric car. But one thing is for sure Tesla stock has reflected the fire cases. A month ago situation was around $180, this Monday already at $121.58 a share. It was down another $13.87, or 10.2%, for the day.

On the other hand they do have a strong argument saying that since the Model S started being produced last year, there have been over 400 deaths and 1,200 serious injuries in the United States alone due to gasoline car fires, when you compare that to Tesla they win with zero deaths and zero injuries caused by Tesla fire cases anywhere in the world.