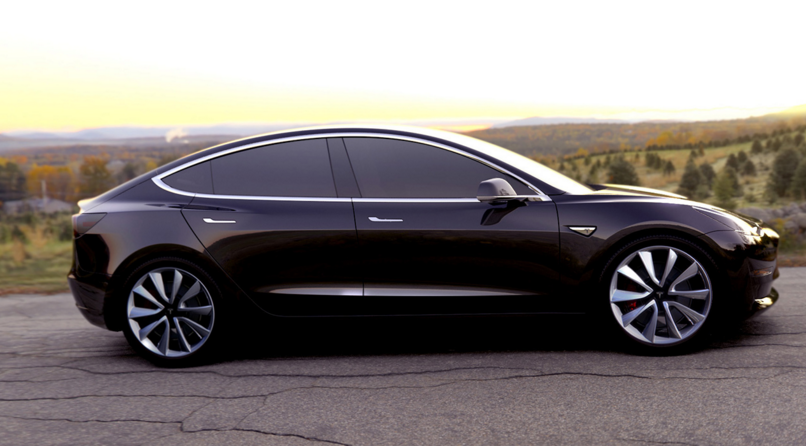 Tesla no doubt is highly delighted with the interest its new Model 3 electric sedan is receiving. The highly anticipated car was unveiled amid considerable fanfare on March 31, which received over 180,000 pre-orders within a 24-hour period.

However, showing a new strength of demand for electric sedans, the car received an overwhelming 278,000 orders in just the three days of being launched. The much-hyped electric car is aimed at the mass market, which isn’t scheduled to begin until the second half of 2017.

According to Chief Executive Elon Musk, the average selling price of the electric sedan will likely be $42,000 including the cost of options and other additional features, which would mean the initial orders are estimated at a retail value of $10.6 billion.

The demand seems to have caught everyone off guard, which could help elevate the company’s stock price, which ended Friday at $237.59, up 3.4 percent. The stock has surged more than 60 percent since hitting a 12-month decline in February.

This all-electric sports car selling price projected by Musk is well above the $35,000 base price and has a range of 215 miles per charge. It is downright cheap in comparison to Tesla’s previous models, and its range is about double what drivers get from a current lot of cars in its price range, such as the Nissan Leaf and BMW i3.

Earlier, analysts had speculated the first Model 3s off the factory line in Fremont, California, could be loaded with additional equipment and could be sold for $50,000 to $60,000.

The electric car maker had recently embarked on a costly expansion of the Fremont plant, targeting an annual capacity to 500,000 by 2020, with the production of the Model 3, picking up slowly through 2019.

However, that intense interest also raises some questions. How long will Tesla take for to fulfil all the extra orders? Analysts believe the company could face trouble filling all the initial orders, which are accompanied by a refundable $1,000 deposit, until 2020.

Additionally, Musk also launched a prototype of the Model 3 to the audience, a smaller companion to the Model S sedan and Model X utility vehicle.

Buyers who placed early orders would possibly be expecting a low price for the Model 3 after factoring in a $7,500 federal tax credit on electric cars. However, that credit phases out once car makers sell more than 200,000 EVs. With the current demand rate, Tesla will most possibly surpass next year before the first model is delivered.

Musk has promised to provide one final update on Wednesday, April 6 to share the first full week’s order figures.