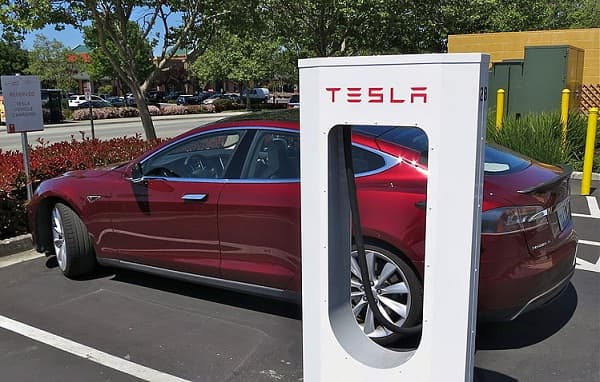 Not unexpectedly, Tesla Motors Inc. is gathering pace as it has just announced that it will expand its charging stations. The advancement is aimed at giving the owners of electric cars the possibility of having a coast-to-coast ride. But the electric car producer had also a small surprise for its fans. The automaker has also informed that it is developing a new, small crossover car which will be released around 2017.

Out of the blue, Tesla Motors Inc. has announced that its has ambitious expansion plans of  tripling the current number of its charging facilities by the end of June.  As of yet, it has 8 charging facilities. But the expansion plans for its charging stations might really take the biscuit as the electric car producer is to lift up the number to outstanding 100 in the coming year so that its charging facilities will be simply available for many Canadians and Americans. The planned network of the charging stations is designed to allow the owners of electric cars to enjoy a  long ride without thinking about the possibility of not being able to charge the beloved vehicle.

The simple fact is that Tesla Motors Inc. needs an expanded network of charging stations if it wants to be attractive to customers from other states as well. If the company wants to be more successful, its products should be available for a wider customer base.

According to estimates of Tesla Motors Inc., the cost of constructing one charging station is expected to reach around $300,000. The new network of charging stations will give drivers of Tesla cars joy of experiencing a cross-country ride, but it will also ease their journey and breaks as charging a car to 50 percent will take up to 30 minutes. What is interesting is the fact that owner of the Tesla’s large-batter version of the Model S will not have to pay a broken penny for using a charging station.

With advancement of its network of charging stations, Tesla Motors Inc. has been developing new technology that would allow the owner of its electric vehicles fully charge them in only 20 minutes – this would, without a doubt, revolutionize the segment and ease the life of users of the company’s cars.

Apart from new charging stations and fast charging technology, the Silicon Valley-based company has been also working on  a new small crossover car which will have a more accessible price tag than Model S sedan, thus it might become a hit in the market.

The announcements on the new network of charging stations, new technology and cheap electric car came after Tesla Motors Inc. informed that it had finally stood on its feet. Indeed, the Silicon Valley-based automaker informed earlier in May that it posted surprisingly encouraging results for the first quarter. The fact is that the company has reasons to boast as it has paid off the US government loan it raised through the Department of Energy’s loan program after gathering $1 billion through the equity sale.

It seems that after all, Tesla Motors Inc. is looking at the cloudless days as it has already established its market position, paid off the government loan and can look at the future with optimism, waving to the Republicans who have been widely criticizing the official help for green projects.