According to online monitoring resource Bitcoin Treasuries, Tesla currently holds around 43,200 BTC, worth roughly $2.5 billion at today’s prices. This is approximately 65% or $1 billion more than what the company paid in February ($1.5 billion) in BTC.

But Tesla decided to sell 10% of its Bitcoin holdings — about 46,000 BTC — at a reported average price of around $50,000 per token in the second quarter. In its Q2 earnings report, the company revealed that it had gained around $128 million from the sale. 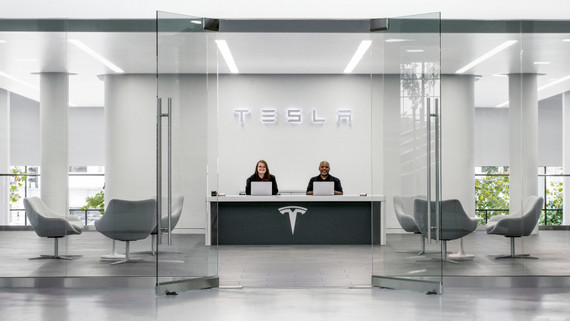 Tesla’s confidence in Bitcoins has paved the way for other corporates to follow suit.

The reason given for the sale was “to test liquidity” and also due to energy concerns in mining of the coins. Tesla announced that it would no longer be accepting payments in Bitcoins for its cars. At the time, Elon Musk was accused of falsely manipulating the price of Bitcoins. Sygnia CEO Magda Wierzycka lambasted him saying “What we have seen with Bitcoin is price manipulation by one very powerful and influential individual.”

Elon Musk was quick to deny any such shenanigans. He replied in a tweet saying, “This is inaccurate. Tesla only sold ~10% of holdings to confirm BTC could be liquidated easily without moving market.

Tesla revealed on Oct. 1 that it had delivered 241,300 electric vehicles during Q3, compared to 201,250 vehicles in the previous quarter. Adding the profit it made with the Bitcoin price rise in recent times; expectations are high that Tesla will make a killing in the earnings set to release after market close on Oct. 19.

Tesla’s confidence in Bitcoins has paved the way for other corporates to follow suit. Despite Bitcoin’s volatility risk and lack of fundamentals backing it, it is a good way to make your money work.

Other companies have done well by parking their money in Bitcoins even before Tesla entered the fray. For example, business intelligence firm MicroStrategy has bought around $3.15 billion worth of Bitcoin. It bought its first tranche of Bitcoins in August 2020, and now its net Bitcoin profits have nearly doubled to $6.3 billion.