Tesla seemed to compromise the safety of its buyers.

Tesla has agreed to discontinue the gaming feature on its dashboard display of cars, following a federal regulatory authority investigation initiated by a New York Times report.

The National Highway Traffic Safety Administration opened a formal investigation of the game feature, after which the auto company agreed to reconsider the option. “Following the opening of a preliminary evaluation of Tesla’s ‘Passenger Play,’ Tesla informed the agency that it is changing the functionality of this feature,” the safety agency said in a statement.

“In a new software update, ‘Passenger Play’ will now be locked and unusable when the vehicle is in motion.”

Some car buyers of Tesla were surprised at the feature being included in the display software. The electric automaker added the games in an over-the-air software update this summer. They can be played by a driver or by a passenger, raising fresh questions about Tesla compromising the safety of its buyers in its bid to be technologically savvy. “It’s a big concern if it plays in view of the driver, for sure,” said Jonathan Adkins, executive director of the Governors Highway Safety Association, which coordinates state efforts to promote safe driving. 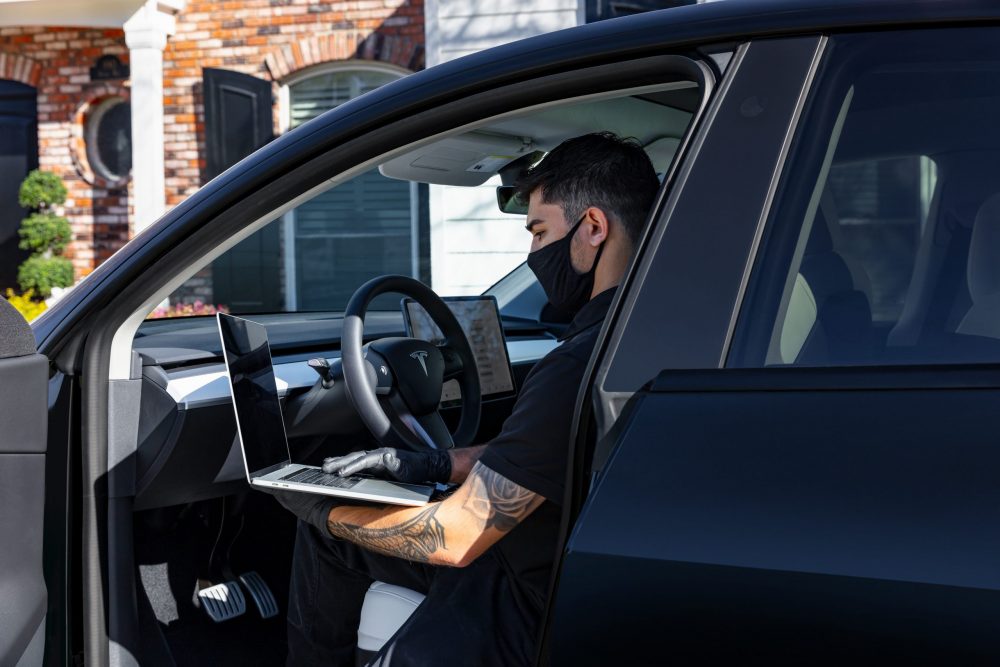 The NHTSA says it received a complaint in August that said anyone in the vehicle could play live games and internet web searching at any time. The Office of Defects and Investigations said that it “confirmed that this capability has been available since December 2020 in Tesla ‘Passenger Play’-equipped vehicles.”

Telsa updated with three games that could be played on the large touch screens mounted in the center of Teslas. The games were solitaire; a jet fighter game, Sky Force Reloaded; and a conquest strategy game, the Battle of Polytopia: Moonrise.

Tesla has had the video game playing feature for several years, but all could be played only when the car is in park.

Tesla’s autopilot system has also faced criticism over its hands-free feature, allowing drivers to take their hands off the steering wheel as the vehicle cruises on auto pilot.

According to the National Highway Traffic Safety Administration, twelve traffic deaths have been connected with hands-free driving in autopilot steered Tesla cars since 2016. Adkins said the addition of video games “is crying out for NHTSA to provide some guidance and regulation.”

The safety agency said it was worried that Tesla drivers might be tempted to play games while using Autopilot in the mistaken belief that the car was driving itself and that they need not pay attention to the road. The Autopilot feature comes with instructions to keep eyes on the road all the time, but most drivers tend to ignore the advice.

The investigation covers about 580,000 cars and sport utility vehicles from model years 2017 through 2022.

Anna Domanska
Anna Domanska is an Industry Leaders Magazine author possessing wide-range of knowledge for Business News. She is an avid reader and writer of Business and CEO Magazines and a rigorous follower of Business Leaders.
« Ryan Ayotte: An Entrepreneur of Cocktail Dreams
UK insurance rule changes to impact shopping for cheapest insurance deals »
Leave a Comment
Close