The Cybertruck concept car already has garnered a lot of press about its well alien-like design.

Tesla is already a byword in the world of electric vehicles, but a close rival is Rivian, a startup that quickly got funding from Amazon and Ford and other investors for its EV tech.

Now the two are rivalling it out over their cyber trucks–the Tesla Cybertruck and the Rivian R1T.

The Tesla Cyberturck left many disappointed with its alien space ship-like design; though both trucks are still under production, what matters most is what comes under the hood. 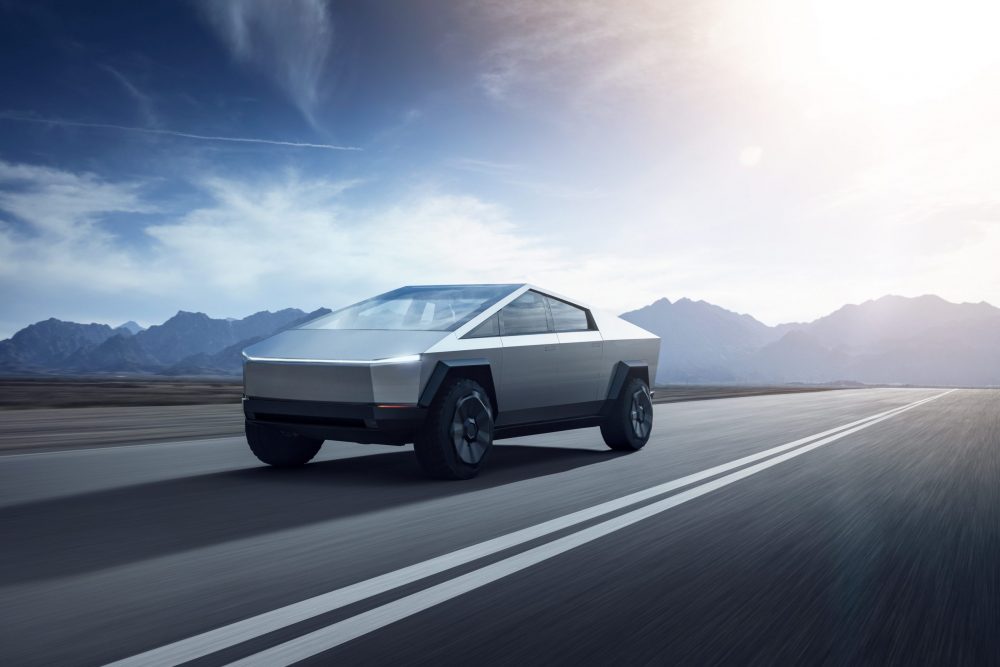 Other companies like Ford and General Motors are also all in for bringing their EV versions.

The Rivian R1T measures 217 inches from bumper to bumper, 79.3 inches wide, and 71.5 inches tall. The Cybertruck’s measurements are— 231 inches in length, 79.8 inches wide and 75 inches tall. R1T weighs around 5,886 pounds, while the Cybertruck weight is still under wraps.

The Cybertruck concept car already has garnered a lot of press about its well alien-like design; the R1T has taken the more conventional route of keeping it more truck-like.

The R1T seats 5 has enough space, has an infotainment system with a touchscreen placed handily on the dashboard.

The Cybertruck seats six and has a 17-inch touchscreen plonked in the middle of the dashboard, there is no instrument cluster and the steering is done through a kind of squared tiller ( though it might be changes to the conventional steering wheel once on the road).

The designs were showcased in the concept cars and some features might change.

The Cybertruck will come fully loaded with the autonomous driving tech. But wait, this will be only operational once the government passes it.
The R1T will have three lithium-ion battery pack sizes to choose from: 105 kWh, 135 kWh, and 180 kWh. They respectively correspond to a maximum driving range of 230, 300, and 400 miles. The three R1T variants will boast a zero-to-60-mph time of 4.9, 3.0, and 3.2 seconds, respectively. 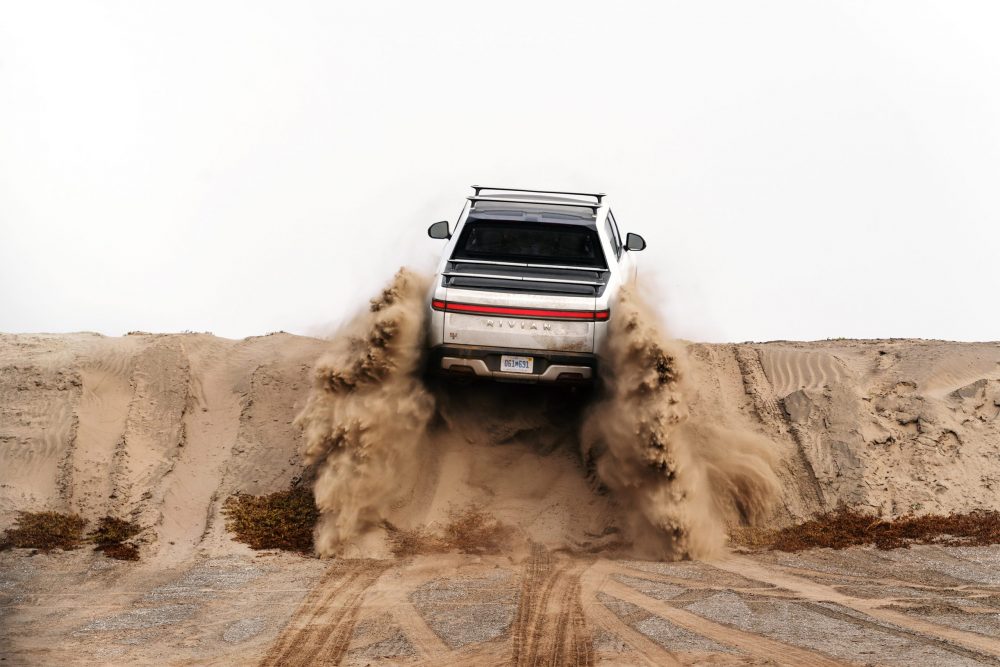 Rivian has had to postpone deliveries of its trucks due to the pandemic and the shortage of semiconductors.

The R1T’s USP is that it will come equipped with four electric motors; one behind each wheel, rather than one per axle, which is the norm in the electric car segment. This enables one to control each wheel, which is beneficial off road. This means, in theory, the R1T can be front-, rear-, right-, or left-wheel drive.

Tesla has been very tight-lipped with its cybertruck specs. It has said that the Cybertruck will also have three battery options but no details of the strengths have been given out.

The entry-level model uses a single electric motor integrated into the rear axle. The midrange model brings dual-motor all-wheel drive, and a variant with a triple-motor powertrain rumoured to be similar to the Plaid powertrain its developing for the Model S.

The Rivian R1T starts at $69,000, and you can reserve one with a refundable $1,000 deposit. Pricing for the other models has not been revealed yet but customers can claim a $7,500 tax credit from the federal government because Rivian is a new automaker.

The vehicles will be manufactured at a former Mitsubishi Motors plant in Normal, Illinois, bought for $16 million in 2017. The company is spending more than $750 million to equip, renovate and expand the facility ahead of production.

Rivian has had to postpone deliveries of its trucks due to the pandemic and the shortage of semiconductors.

There are other companies in the fray too. Ford recently unveiled the F-150 Lightning, an all-electric version of its popular pickup. The EV is priced very competitively with the base model with a 230-mile range costing around $40,000. The models are set to hit the roads in mid-2022.

General Motors has entered the electric vehicles space with the debut of its first-ever all-electric pickup, the GMC Hummer EV. The new Hummer’s muscle power is a whopping 1,000 horsepower and 11,500 pound-feet of stump-pulling torque. But along with its weighty debit, the price is a staggering $113,000 for the Edition 1.

Christy Gren
Christy Gren is an Industry Specialist Reporter at Industry Leaders Magazine she enjoys writing about Unicorns, Silicon Valley, Startups, Business Leaders and Innovators. Her articles provide an insight about the Power Players in the field of Technology, Auto, Manufacturing, and F&B.
« College sports is multibillion dollar industry in the US
Tesla expected to make a killing in Bitcoin profits in next earning report »
Leave a Comment
Close

San Francisco braces for the likely arrival of the new Covid-19 variant known as Omicron. The latest variant has a reproduction rate of two.
35 mins ago