Cybertruck can be heated to spectrum of colors

Tesla Cybertruck has racked up more than 190,000 in pre-order bookings within 4 days of its unveiling on November 21. In the latest tweet by Elon Musk, the number of preorders has gone up to 200,000 worth $10 million.

The numbers bely the initial reservations that experts had about the design of the truck. To top that, the reveal event of the pick-up truck faced a few hiccups with two of the windows of the electric Cybertruck shattering unexpectedly.

A metal ball thrown at the bulletproof windows of the Tesla truck, instead of bouncing off, smashed two windows.

Tesla started taking reservations for the truck with a $100 deposit.

Design Highlights of the Tesla Cybertruck

It comes with 3,500 pounds of payload capacity, has a100 cubic feet of the exterior, lockable storage, and has a strong tonneau cover. 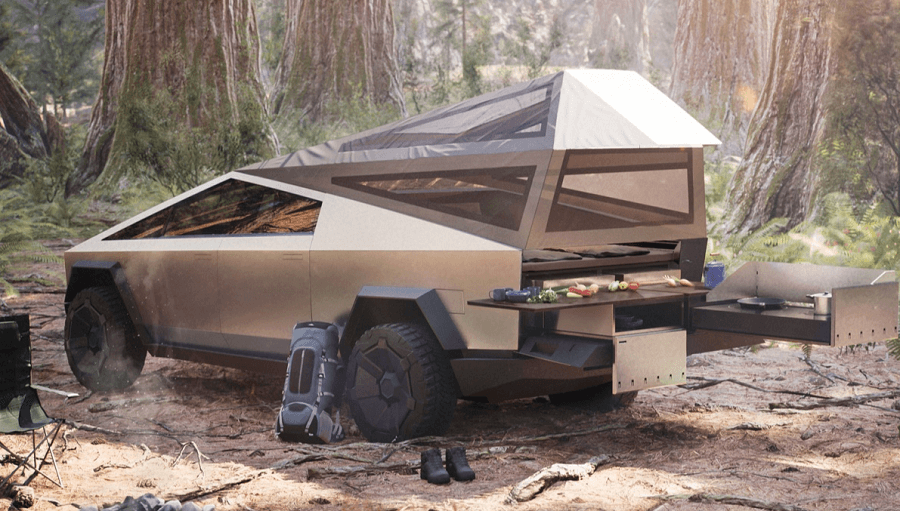 It is spacious with room for toolbox, tire, and Cyberquad. It has a towing capability of over 14,000 pounds. It allows you to raise and lower suspension four inches in either direction for easy access to the Cybertruck or the vault.

Seats six comfortably with additional storage under the second-row seats.

It has an advanced 17” touchscreen with an all-new customized user interface.

A break up of the orders based on one of Elon Musk’s tweets showed the Dybertruck Dual motor AWD had the maximum reservations. Followed by the Tri Motor AWD.

Radical Design of the Cybertruck

The angular design of the pick-up has faced a lot of flak on social media.

Many people didn’t like the radical design of the electric pickup truck, but most agree that the specs and price are impressive.

Elon Musk, while talking about the cyber truck design plans almost two years ago, had said it would be very futuristic and something out of the sci-fi movie Blade Runner.

The design unveiled on stage at the launch was somewhat similar.  The model didn’t have side mirrors (as required by law in the U.S.). The headlights were just a slit at the front, giving a thin strip of light as illumination.

It had no shock-absorbing crumple zone to take the brunt of force in a collision. 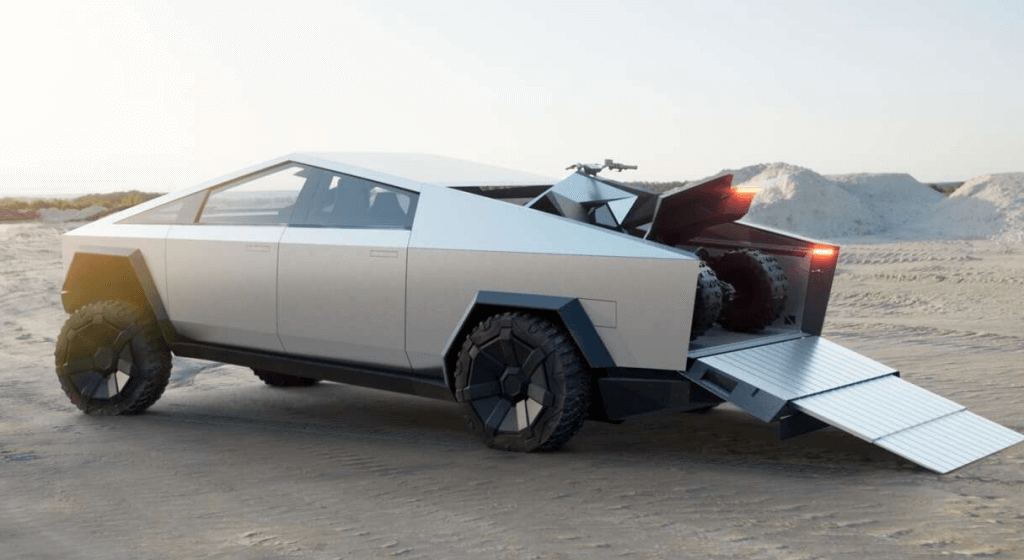 Design engineer Lee Walton told Wired that it is more of a concept car, built by many automakers, but then they do not put it up for sale as Tesla Inc has.

Another auto design instructor Zammit finds the design brilliant. According to him, the prices for the base and dual range, and the mileage are just amazing for the design specs.

By keeping the pickup style flat, plain and functional, the company did away with a lot of assembly-line costs, he said.

People who were skeptical of its market and customer interest can now rest easy going by the pre-orders. Even if some of these orders do not turn into sales, the numbers are still impressive

The Cybertruck will be road-ready and on sale by 2021. Tesla may still bring in some changes to the design based on reviews and concerns, though it has not replied to any media queries on the issue.

Anna Domanska
Anna Domanska is an Industry Leaders Magazine author possessing wide-range of knowledge for Business News. She is an avid reader and writer of Business and CEO Magazines and a rigorous follower of Business Leaders.
« Productivity hacks that successful entrepreneurs swear by
What Novartis’ Potential Acquisition of The Medicines Company Means for the Industry Leader »
Leave a Comment
Close