Tesco Profits Fall in Almost 2 Decades despite Rising Sales in the U.K.

Clarke to announce Tesco’s withdrawal from US market 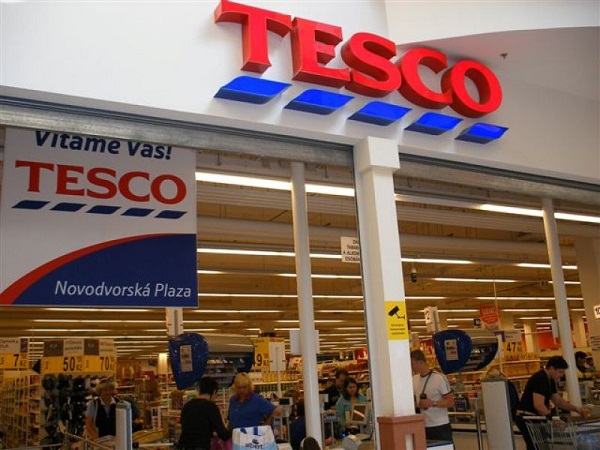 Tesco PLC, the Britain’s largest retailer, has reported a 12 percent fall in half-year pretax profit to $2.7 billion, or £1.7 billion as downturn in Asia and Europe balanced rising sales in the U.K. The Tesco fall in the profit is its first fall in nearly two decades. The U.K. sales have started rising after 18 months.

Tesco PLC, the Britain’s biggest supermarket chain, reported on the 3rd of October a fall in its profit for the first six months of the year while the company is still implementing a £1 billion turnaround plan. Tesco PLC informed that pre-tax profits dropped about 11.6 percent, to £1.7 billion in the first half of the year ended on the 25th of August, with group’s U.K. and international businesses seeing a drop in like-for-like sales. In addition, the company also informed that net profit in the first half of the year decreased to £1.28 billion from £1.38 billion. Tesco PLC saw a 1.4 percent growth in group’s sales in the period, to £36 billion, while sales in U.K. grew 2.2 percent, to £23.9 pounds. Many analysts believe that the performance in the Tesco domestic chain is essential to the group’s success as it generates over two-thirds of group’s profit.

Consequently, like-for-likes sales in the U.K. suggest that the £1 billion turnaround plan is working. According to data, in the second quarter Tesco PLC sales grew 0.1 percent excluding fuel and VAT, compared with a 1.5 percent drop in the first quarter.

However Tesco PLC’s problems, which the company is currently struggling with, are not confined only to the U.K. market. Tesco PLC also faces trading issues in other key markets such as South Korea or Central Europe. For example, new regulations implemented in South Korea force Tesco to close its stores on two Sundays a month, which will cut approximately £100 million from group’s profits. The company has highlighted that Sunday accounts for over 20 percent of the whole week trade. Philip Clarke, Chief Executive Officer at Tesco PLC, said:  “Whilst our businesses in Asia and Europe have continued to do a great job for customers, our financial performance there reflects the tough economic backdrop and particularly the regulatory changes in South Korea.” Yet consumer confidence in the Central Europe, in particular Poland, Hungary and Czech Republic, was affected by the eurozone crisis. Therefore, Tesco PLC saw a drop of over a fifth in this division.

Tesco PLC, which is the world’s third-biggest retailer just behind France’s Carrefour and the U.S. No.1 Wal-Mart, started implementing its £1 billion turnaround plan in April to reverse decline in the U.K. market share to Asda, Sainsbury and Morrisons. Since the launch of the recovery plan Tesco PLC has hired approximately 8,000 permanent workers to give its consumers better service and modernized nearly 230 stores. Tesco PLC also decided to expand its services into the smartphone world by offering more its products online.

Philip Clarke is pleased with results of the £1 billion turnaround plan for Tesco, which is also known as ‘Build a Better Tesco’. He  believes that the company is going in the right way. However it is only the beginning of the long journey ahead of Tesco PLC.