The UK-based Tesco Plc announced to form a strategic alliance with France-based Carrefour SA to survive in the competitive environment of the retail market. The move is undertaken to give more quality and a wider choice of products to shoppers at reduced prices. Both the companies declared to close the agreement formalities within next two months that will be operational for next three years.

The newest strategic alliance between the- UK’s biggest grocer, Tesco and Europe’s largest retailer, Carrefour is built on achieving the economies of scale. The partnership will boost purchasing power while dealing with the global suppliers and allow cross-purchasing of own-brand goods, cites The Guardian.

The deal also covers goods not-for-resale. Additionally, the released note states that the members of Alliance will manage their suppliers at local and national level respectively.

Tesco Chief Executive Dave Lewis said, “By working together and making the most of our collective product expertise and sourcing capability, we will be able to serve our customers even better, further improving choice, quality and value.”

In 2017, Tesco reported an operating profit of £1,017 million with earning £55.9 billion whereas Carrefour posted net sales of €78,897 million with negative operating revenue standing at €2,006 million. 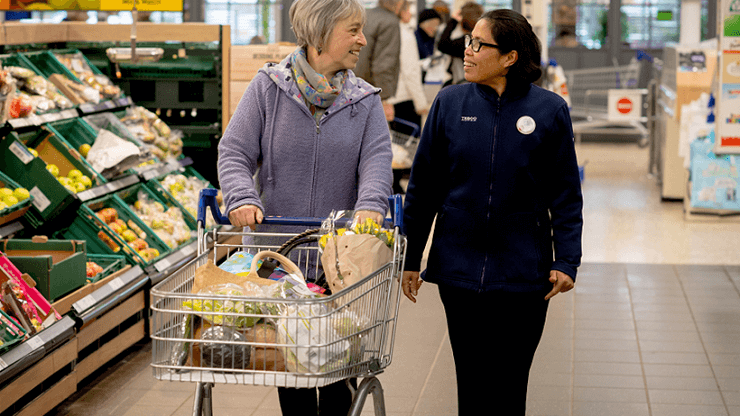 Tesco announced to form a strategic alliance with Carrefour to survive in the competitive retail market. Source: Tesco

Morissons, Sainsbury, Asda, and Tesco are the big 4 supermarket chains in the UK. They are facing tough competitions from steep discount chains Lidl and Aldi. Moreover, the online retail giant Amazon also entered into the offline grocery business with the buyout of Whole Foods last year, augmenting the threat of ‘price war’.

Surrounded by the price-sensitive retail business, Tesco bought wholesaler Booker this March. And now it has announced to form a strategic alliance with a cross-border complementary retail setup.

“It’s a defensive move,” Bloomberg Intelligence analyst Charles Allen mentioned, “There is little growth in the U.K. or France, so Tesco and Carrefour are trying to eke out every bit of saving they can.”

Alexandre Bompard, Chairman and CEO of Carrefour Group, said, “This strategic alliance between Carrefour and Tesco is a major agreement as it combines the purchasing expertise of two world leaders, complementary in their geographies, with common strategies.”

“This agreement is a great opportunity to develop our two brands at the service of our customers. This international alliance further strengthens Carrefour allowing it to reach a key milestone in the implementation of its strategy,” he added.

Tesco and Carrefour in 2020

With ten consecutive positive quarter results, Tesco is aiming an operating profit margin between 3.5 percent and 4 percent by 2020, progressing from present 3 percent.  Currently, the UK’s grocery chain is in the process of rebranding its entire family of own-label products and reducing costs on meat, fruit, and vegetables in this year.

At the beginning of this year, Carrefour decided a major renovation plan entailing price cuts of €2 billion by 2020 and investing €2.8 billion in online retail business by 2022.

The Federal Communications Commission rejected by a vote of 3-2 on Tuesday to freeze the rollout of Ligado Networks’ nationwide mobile bro...
15 hours ago

The crude oil prices showed an upswing with Brentwood going up to $56.08 a barrel and the US West Texas Intermediate crude oil selling at $5...
15 hours ago

Apple Inc.’s much-coveted Apple Car could be produced by Kia Corp. at the latter’s manufacturing facility in the United States. The Sout...
15 hours ago