Tech billionaire Elon Musk doesn’t shy away from talking about exciting new ventures he has dreamed up. Recently at the TED conference in Vancouver, the chief executive of Tesla, SpaceX, the Boring Company and Neuralink, discussed the future of transportation, electric car maker Tesla, our journey to Mars, and more. 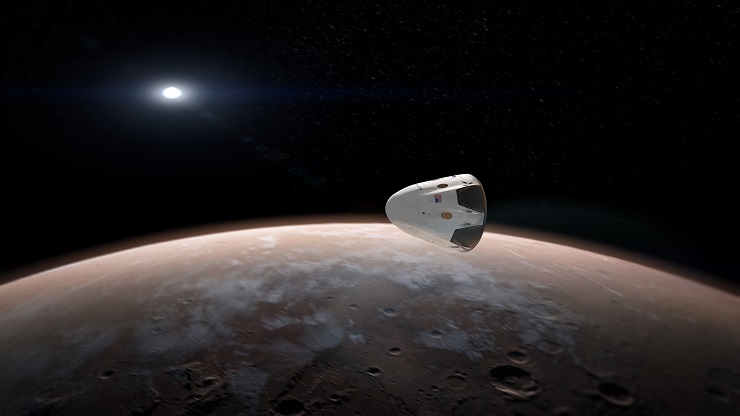 Elon Musk envisions futuristic parking spots that are actually elevator entrances. Drivers can pull in and descend to what is presumably an underground tunnel. These network interweaving highways move cars around on magnetic platforms, at speeds of up to 124 mph.

Musk also hints at a better public transport option like, a big glass rectangle that could ferry numerous people, bicycles, and freight through the underground tunnel network. The Boring Company, released a concept video on YouTube, as it recently formed a unit which is working on building a test track underneath the parking lot of SpaceX’s Hawthorne, Calif., headquarters. It also has a 400-ft-long, 1,200-ton boring machine nicknamed “Nannie.”

Needless to say, Musk will require city permits to tunnel on public property. As of now, there’s no word on where the tunnel might take the city traffic. It’s interesting how near-gridlock has had Musk come up with the idea for a supersonic transportation through airless tubes called “Hyperloop Alpha” and now the new tunneling venture.

Musk also talked about a few ongoing Tesla projects he’s mentioned before. On April 28, 2017, the Tesla CEO took to Twitter to give us a first look at his forthcoming electric Semi Truck would look like. While at the same time, he dropped the suggestion that Tesla is likely to announce four new Gigafactory locations by the end of this year.

The transport truck is anything but rugged; it has a seamless continuous design between the upper façade and the windshield. The headlights are trademark Tesla, and as a matter of fact resemble the ones on existing cars, including the Model X and Model S. On the whole, one can expect a design continuity between Tesla’s consumer and commercial models.

Tesla will remain secretive about the transport truck until the fall of 2017.

Speaking of the Gigafactory, Tesla has shelled out more than $5 billion for its factory in Nevada where it will build its Model 3 vehicles. The new factories are likely to be constructed outside the U.S. soil.

Elon Musk’s next world-changing endeavor dabbles with colonizing on Mars. The co-founder of PayPal showed off plans for a massive rocket that’s the size of a 40-storey building. The thrust level will be roughly four times the thrust of a Saturn V moon rocket. It is destined to be the biggest rocket humanity has ever created on the face of the planet. With units of 747s, the thrust equivalent will be 120 747s with all engines blazing, says Musk. The spacecraft could take a fully-loaded 747 as cargo.

Anna Domanska
Anna Domanska is an Industry Leaders Magazine author possessing wide-range of knowledge for Business News. She is an avid reader and writer of Business and CEO Magazines and a rigorous follower of Business Leaders.
« Elon Musk’s ‘Boring’ Tunnel Vision is Amazing and not Boring at all
Chinese Encyclopaedia Claims to Beat Wikipedia at its Own Game Next Year »
Leave a Comment
Close

Starlink, the satellite internet unit of Elon Musk’s SpaceX, will most likely be able to provide global coverage by September, according to the company’s president Gwynne S
17 hours ago

Krispy Kreme, the popular donut chain, aims raise roughly $4 billion as it makes one of the biggest IPO debuts at the NYSE.
18 hours ago