Technology that conjures up road safety. World without car accidents is knocking at the door 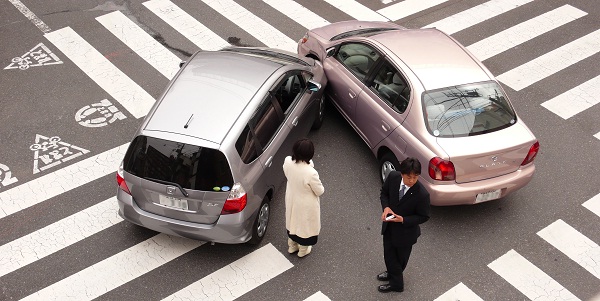 World without car accidents is possible

in the days of Robert Houdin.”

About 150 years ago, no one did imagine cars. These days no one imagines lives without them. But with omnipresent cars, we have to face the growing number of accidents. Truth be told, accident statistics are inexorable. And if you think that fatal accidents are caused only by drunk or drugged drivers, you are simply mistaken.

The fact is that we are more afraid of a plane crush than a car accident. Yet taking into consideration data, we should keep in mind that we have a better chance to die in a car accident, no doubt about that. Even though many of us are also convinced about their luck, some individuals, however, have religious symbols such as rosaries or statues of different gods in their cars. This means nothing else that they believe that God, whatever one they believe in, can help them avoid an accident. Not going in the sociological and religious details, the fear of accident accompanies almost most of us and this is something completely natural.

Now, imagine yourself living in a world without car accidents. Probably you think that it is something unimaginable or even unrealistic. Nothing further from the truth, just look at examples from the past when people did not imagine cars, planes, computers, etc. Humankind, however, desires development which also brings the better quality of life. Therefore we should not be surprised that many companies as well as individuals have dedicated their work to developing technology and methods which will eliminate car accidents. The world without accidents is nothing unrealistic, it is simply within reach. It is for the asking as so many institutions and companies have been working hard to make a dream come true.

Talking cars probably ring the bell, hmm? But try to forget about this cartoon showing crazily colorful cars which can talk. The idea of talking cars, which in its basics assumes that it will prevent us from taking part in car accidents, is not a new one. It has been developed by many companies and research institutions.

Indeed, this dream is within reach as Jennifer Healey, who is a scientist at Intel Corporation Research Labs, notes that we are in possession of  proper technology to achieve it. She believes in talking cars which will be able to share the important data with each other, thereby bringing the road safety. It is important to note what she once stated: “You can’t really sense the world around you. You’re in this extended body. You’re tasked with navigating it down roadways in and amongst other metal giants at superhuman speeds. And all you have to guide you are your two eyes.”

Therefore Jennifer Healey calls attention to the fact that with advanced patterns and developed algorithms, we can predict situations that might just happen. Yet the most important is the willingness to share data, without this readiness, all estimations will be incomplete and  technology will not work.

Talking cars indeed might be a revolutionary change, taking into account that people and their senses are imperfect also while sitting in a “glass bubble.”

The idea of talking cars is not new at all and what is even more interesting is the fact that in some parts of the world this technology is being tested.

All these tests confirm that the idea is not taken only from the science-fiction movies, that it has strong theoretical and practical foundations. Undeniably, one of big supporters of the idea of talking cars and at the same time an opponent of science-fiction connotations is Mike Shulman, technical leader for Ford Active Safety Research and Innovation, who once underlined: “Mostly, the cars will be sending messages to each other and people won’t even know about it except on the rare occasions when they need a warning or help understanding what’s going on around their vehicle.”

No doubt that talking cars are within reach as we should just look at the possibility of broader usage of Wi-Fi which would add  a new quality to jam accident-prevention technology, thereby strengthening the road safety.

Is anyone at wheel?

Self-driving cars seemed also unrealistic. But these days we can say that they are reality which materialized from science- fiction movies from the 60s and 70s of twentieth century. And what is more, they do not just exist as models standing in the garages but they appear on roads.

The most known self-driving car is one produced by Google Inc., but it does not mean that other carmakers are not investing in this “science-fiction” project, just to mention BMW or Audi. But self-driving cars will not only increase the road safety, but they will also enable disabled individuals to enjoy what they have lost – “the joy of driving”.

Before the era of self-driving cars starts, we should however be willing to share data which is so important to creating talking cars. Without question, self-driving cars will be a continuation of  the idea of intelligent and talking cars as well as a natural expansion of current driver aids such as lane-keeping systems, auto-parking feature, GPS. We have technology, but we still have to enhance software which will be responsible for processing all data to steer a car.

It seems that Google Inc. is on the right path or even close to perfection (if perfection even exists) as back in late 2012, the company informed that its self-driving vehicles logged around 300,000 miles without a single accident. This result is enviable.

As it has been already mentioned, not only Google Inc. can take pride in its project of a self-driving car. Also BMW AG has shared news about its BMW i3 with the wider public. According to the German carmaker, its new jim dandy was able to drive itself in stop-go traffic.  With all these advances, we might say with all certainty that in a few years we will witness emergence of self-driving cars. But with this emergence, also we will witness changes in many other dimensions starting with car designs, institution of car ownership and ending with urban planning – nothing to sneeze at.

Inevitable changes on the road

Since its beginning, the auto industry has been the lifeblood of innovation and economic growth. With new innovations springing up like a mushroom, it is inevitable that the auto industry will see a quality change as a new tech revolution is knocking at door. When it comes to a revolution in the auto industry, we all think about intelligent and self-driving cars. These might have looked unrealistic 30 years ago, but new technology can indeed help us avoiding car accidents, thereby saving potentially thousands of live each year.

The implementation of all new innovations aimed at creating talking and self-driving cars will, without a doubt, reshape not only the auto industry but the everyday life aspects, including transportation infrastructure, the way how carmakers compete, designs of the future cities.

We should be prepared for these revolutionary changes as we will witness them not in a distant future. It is not science fiction any more as it is becoming a reality.

Anna Domanska
Anna Domanska is an Industry Leaders Magazine author possessing wide-range of knowledge for Business News. She is an avid reader and writer of Business and CEO Magazines and a rigorous follower of Business Leaders.
« Apple to start trade-ins on its iPhone in US and mulls launch of iRadio
PRISM Whistleblower Edward Snowden puts Obama & Tech Companies on the defensive »
Leave a Comment
Close

Neslon admitted that gasoline, travel, food courts, and business centers performed exceptionally well, adding to the overall profits. The retailer hit an all-time high when it came
28 mins ago

Musk has been critical of Twitter’s free speech policies as he believes the social media giant is “the de facto public town square.” When the Elon Musk Twitter deal was annou
28 mins ago