Tech companies that got a new lease of life during the pandemic are now initiating layoffs and putting hiring decisions on hold as the US economy grapples with record high inflation. Tech company layoffs are almost expected as the stocks have also continued to decline.

Startups that had record valuations and funding are scrambling to regroup its priorities as inflation and an unstable economy wreck future plans. On June 14, crypto firm Coinbase announced that it will lay off 18% of its employees which comes to around 1,100 people. CEO Brian Armstrong hinted that the company made this precautionary decision as “we appear to be entering a recession after a 10-plus year economic boom.” He also stated that the company, which was valued at over $13 billion, grew too quickly during the last year, but it seems unlikely that they will be able to maintain the same momentum. In a letter to employees addressing the Coinbase layoffs, he mentioned that they might enter a “crypto winter” wherein trading revenue could decline significantly.

The Coinbase layoffs come at a time when crypto has continued to fall, triggering a huge sell-off in the market. 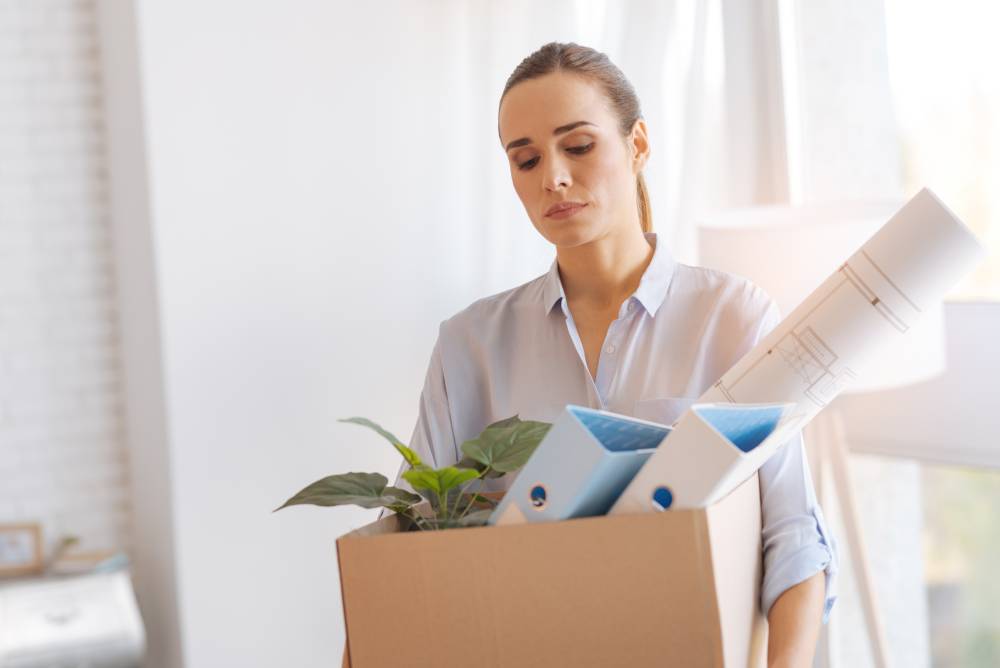 Tech company layoffs are on the rise as managements revise future plans to ensure profitability.

The industry downturn has also affected big tech companies including Meta, Salesforce, and Netflix that have announced hiring freezes or layoffs to combat the economic downturn. The S&P 500, which is dominated by tech stocks, has crashed almost 20% this year. According to Layoffs.fyi, tech company layoffs have affected over 35,000 workers so far. Industry experts note that many firms have also rescinded job offers.

Another crypto trading platform BlockFi announced on June 13 that it will let off 20% of its 850 staff. The company decided to let go of nearly 170 to 200 people as there has been a “dramatic shift in macroeconomic conditions.” CEO Zac Prince mentioned on Twitter that the platform is working towards profitability. He admitted that the BlockFi layoffs have come after a period of explosive growth, where it grew nearly six times in 2021, but the crypto firm needs to carefully chart its future course of action.  Most tech company layoffs have happened as a result of overhiring during the pandemic, when business was booming. However, an economic slump and inflation have played spoilsport with companies struggling to stay relevant. Geopolitical issues and high interest rates have also destabilized markets resulting in an industry downturn.

Tech companies worldwide are consolidating as they wait to see how things pan out. According to Andrew Challenger, senior vice president of outplacement firm Challenger, Gray & Christmas, in May, job cut announcements in tech were 10 times greater in comparison to the first four months of the year.

Most tech and crypto companies announced last month that an ambiguous future has forced them to take concrete steps to safeguard the company. Microsoft and Meta both revealed that they will be slowing or pausing hiring completely for certain levels. Snap CEO Evan Spiegel stated that the media company will significantly reduce hiring after it failed to meet expectations and is expected to miss its quarterly revenue and earnings targets. Tesla too admitted to plans to cut jobs for salaried workers. Digital brokerage firm Robinhood made it to the list of tech company layoffs after spectacular growth in the past year. They will lay off nearly 9% of total employees.

Tech investors usually weather change well, as they are always prepared to deal with risks. They are even capable of forgoing profitability for growth. But when inflation continues to rise, borrowing money becomes difficult which directly affects a business’ expansion plans. The industry downturn has forced the hand of many entrepreneurs whose startups looked poised for flight, but sadly have been left with clipped wings due to inflation.

Christy Gren
Christy Gren is an Industry Specialist Reporter at Industry Leaders Magazine she enjoys writing about Unicorns, Silicon Valley, Startups, Business Leaders and Innovators. Her articles provide an insight about the Power Players in the field of Technology, Auto, Manufacturing, and F&B.
« Modern Synthesis Textiles: Microbial Textile From Sugar
Bitcoin Crash Pulls Crypto to Its Lowest Since December 2020 »
Leave a Comment
Close