In the US, billionaires have become richer to the tune of $565 billion since March--Steve Ballmer, Jeff Bezos and Elon Musk have all added to their wealth since January,

The Bloomberg Billionaire’s Index says that tech moguls have amassed more wealth since this year’s beginning than any other time. The Coronavirus Pandemic may have played havoc with the economic, social and physical health of people across the globe, but some seem to have benefitted from the contagion.

Steve Ballmer, Jeff Bezos and Elon Musk have all added to their wealth since January, the outbreak of the Pandemic.

In the US, billionaires have become richer to the tune of $565 billion since March, according to a report published by the Washington DC-based think tank Institute for Policy Studies and Clearwater, Florida-based advocacy group Americans For Fair Taxation. The total wealth for billionaires stood at $3.5 trillion, the report said.

Jeff Bezos’s net worth grew by $13 billion July 21, the largest single-day jump since Bloomberg began tracking the day-to-day changes in 2012. He is still the world’s richest man.

While many businesses have been hit hard by the Pandemic and the beginnings of what threatens to be the worst economic crisis since the Great Depression of the 1930s, Amazon’s shares have increased by 70% since the start of the year. On Monday alone, the share price rose by 8% to a record $3,197. 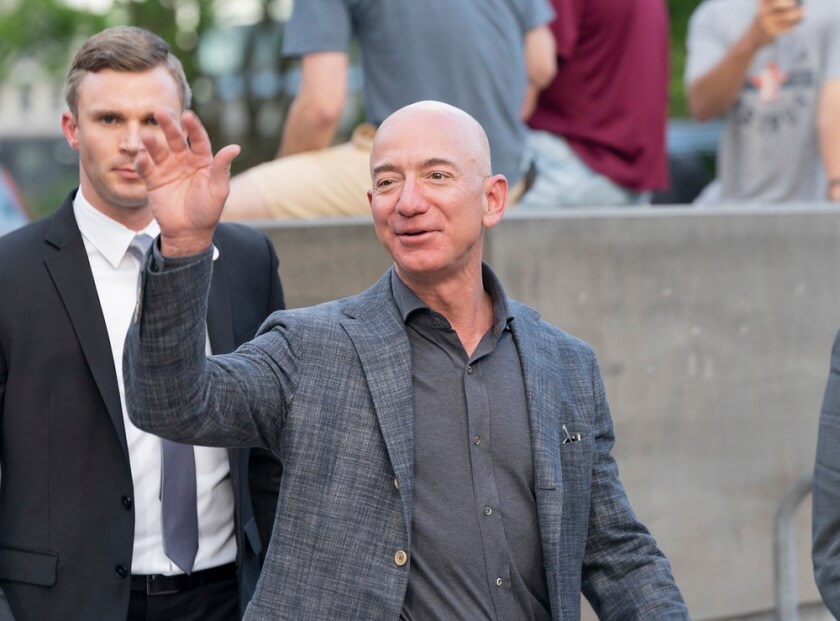 Steve Ballmar, Jeff Bezos and Elon Musk have all added to their wealth since January, the outbreak of the Pandemic.

Tesla Chief Executive Elon Musk, just today that is July 22, qualified for a payout worth an unprecedented $2.1 billion, his second jackpot since May, following Tesla’s six-month average market capitalization for the first time has reached $150 billion. This is despite the stocks seeing a dip. Musk qualifies for second of 12 tranches of options granted to the billionaire in his 2018 pay package to buy Tesla stock at a discount.

Each tranche gives Musk the option to buy 1.69 million Tesla shares at $350.02 each. At Tesla’s current stock price of $1,594, Musk can sell the combined shares from his May bounty and the current tranche for a combined profit of $4.2 billion, or almost $2.1 billion per tranche. Musk is now the sixth richest person in the world. He started the year as the 35th richest.

The wealth generation in billions becomes more glaring when one sees the 30 million people in the current pandemic situation that qualify for the unemployment benefits and the 14 percent unemployment rates. Added to that is the $600 emergency unemployment benefit incoming to an end, which would leave many without any recourse to eat or pay rent.

The income gaps between the haves and have not have grown more dramatic. There are arguments on both sides, the left believers and the capitalists and free-market thinkers.

The glaring economic inequity has led to people with left leanings, who believe in an equitable distribution of wealth, demanding something called zero-sum — redistribution of the extra zeroes that keep on adding into the coffers of the very rich. They would like to see the very wealthy pay more in taxes in order to repair what they believe is an insufficient safety net.

“It is hard to reconcile this obscene figure with the reality the rest of us are living through,” Rebecca Gowland, Oxfam’s head of inequality campaign and policy, said. “At a time when hardship is commonplace, hunger is on the increase and half a billion more people face being pushed into extreme poverty, it is truly shocking that one already extremely wealthy individual has pocketed another $74bn already this year.”

People who believe in a free market and capital economy see nothing wrong in making money, performing well and bringing largess to the people who have invested in their companies.

Be as it may, the rise in fortunes needs some tracking and assessment.

A good way would be to see how Bezo’s net asset has grown to $200 billion, the last $75 billion he made in the last six months. Bezo’s wife Mackenzie has added $63 billion to her name to become one of the wealthiest women of the world.

The lockdown and the increased online buying added to his fortunes.

The stock appreciation at Facebook, Apple, and Google parent company Alphabet has created billionaires of the company executives.

Steve Ballmer of Microsoft is one of the low-lying personalities compared to Bezos and Musk, who also ranks right up there with them. Ballmer, surprisingly is America’s fifth-richest person thanks to the enormous growth in Microsoft’s stock, which has almost quadrupled over the last five years. He began the year as the world’s fifteenth richest person.

The reasons for the gush in fortunes is because of the stimulation package that the government of US was forced to float and the other measures that the US Treasury had to take to keep the economy buoyant. That meant cutting interest rates to zero and undertaking to buy unlimited amounts of bonds.Stocks in the United States showed an upswing over the $2.3 trillion stimulus package and the assurance by the Federal Reserve Bank that they would be investing in municipal bonds of the state and local governments to help them respond to the health crisis.

Those who invested in stocks in the US have also benefited from the V-shaped recovery in the stock market. An investment in a regular fund that tracks the S&P 500 would have given investors a tidy return of nearly 40 per cent since the March 23 lows, according to a CNN estimate.

The tech companies and billionaires have benefitted as their company’s stocks have grown with performance. The world has gone online and digital. Zoom, Walmart, pharma companies and owners have all benefitted from the corona crisis.

Wealth inequality is likely to get even worse because of this crisis, experts say. “The surge in billionaire wealth during a global pandemic underscores the grotesque nature of unequal sacrifice,” said Chuck Collins, one of the co-authors of the Americans for Tax Fairness and the Institute for Policy Studies study. The widening gap is already manifesting in civil unrest and push backs in the developed world already.

The Pandemic Crisis has the potential to descend into a world geopolitical crisis if emergency safety nets are not floated – both political and economic.

Anna Domanska
Anna Domanska is an Industry Leaders Magazine author possessing wide-range of knowledge for Business News. She is an avid reader and writer of Business and CEO Magazines and a rigorous follower of Business Leaders.
« Japanese firm launches Smart C-Mask: Connects to Smartphone, talks in 8 languages
Tesla Announces Austin, Texas as its choice for Cybertruck Factory »
Leave a Comment
Close

Auto Industry Leaders push EV plans ahead to raise new outcomes by 2030. Environmentalists also add to the bar by shaking things with vehicle emission rules by 2026.
3 hours ago