The Tallest Timber Building to Unveil in Newark

Architects Go Big On Wooden Skyscrapers of the Future

Michael Green Architecture has unveiled plans to erect the tallest timber building complex in the USA on the waterfront of Newark, New Jersey. The Canada-based Studio also revealed that the “plyscraper” would be designed in three different sections, rising to six, eight and 11 stories. And the proposed tallest wooden skyscraper will be erected with engineered wood products such as cross and glulam to make a mass-timber structure.

Newark’s “plyscraper” which will become the biggest and tallest timber building in the USA when completed will measure 46,451 square meters (500,000 square feet) to surpass all office buildings constructed with engineered timber. Including the previously named “largest mass-timber building” in the US, the Michael Green Architecture’s office in Minneapolis completed in 2016.

According to Dezeen, the contract to build the commercial timber office was issued by Lotus Equity Group; New York-based Real Estate Company for Newark’s Riverfront Square, about 4.8 hectares (11.8 acres), seating adjacent to the Passaic River. Before the contract was closed, the project was open for any type of building material, but construction speed, sustainability, and quality of timber buildings made Michael Green Architectures choose cross-laminated timber over concrete or steel. 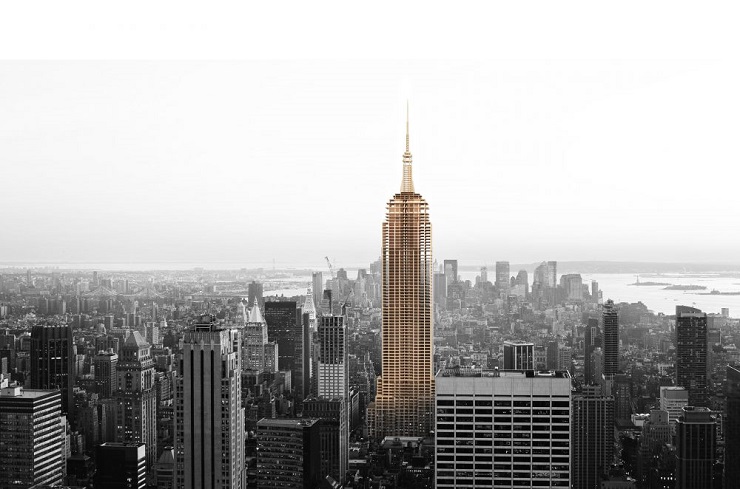 The “most ambitious mixed-use project” as described by the developers will have office space of two million square foot in total, public space, a hotel, two thousand residential units and cultural facilities.

Ben Korman, the founder of Lotus Equity Group said, “The vision we share with Michael Green is to design the most environmentally sustainable office tower that enhances the health of tenants and the surrounding communities through efficient planning and green design.” “Good buildings are good neighbors and we envision a sustainable, efficient and architecturally stunning future for Newark.”

The “most ambitious mixed-use project” as described by the developers will have office space of two million square foot in total, public space, a hotel, two thousand residential units and cultural facilities.

As a growing technology hub, Newark, already housing some major retail companies such as Panasonic, Audible, and Prudentia is expected to attract more to become their second headquarters after the tallest wooden skyscraper is completed in the city.

“To build the nation’s largest timber building in Newark speaks to the confidence and belief we have in the city and Riverfront Square as a world-class location that can compete with any great city around the world,” Ben Korman added.

Is “Plyscraper” really the future?

Some have argued that timber buildings are trending to end before 2035, with an alleged vulnerability of fire outbreaks. “Plyscraper” is a skyscraper made of wood; panels from cross-laminated timber (CTL). The bulk timber is engineered to provide high fire resistance – the panels are locked with carbon during construction to prevent its susceptibility to fire. Timber properties also provide its resistance to ground movement. Aside from prone effects from different climatic conditions, high maintenance and necessary LOSP or ACQ treatments, a lot of benefits suggest that “plyscraper” has a big future the world is yet to harness.