Renowned luxury watch brand Tag Heuer will soon be entering the smartwatch arena with its own exclusive version. While mobile device makers are jumping on the wearable device bandwagon by launching smartwatches, a luxury watchmaker will certainly have an advantage over a phone company making smartwatch. 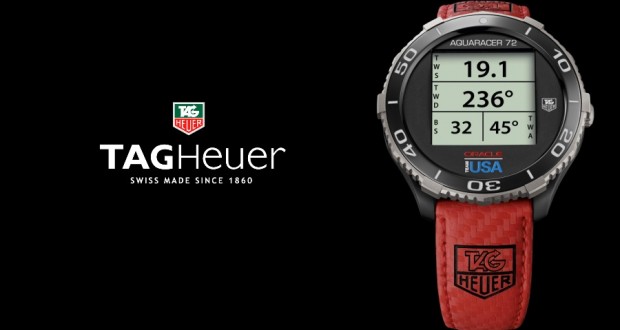 In an interview with a local Swiss newspaper, NZZ am Sonntag, Jean-Claude Biver, head of watches at luxury group confirmed the company’s plans to launch a smartwatch of its own.

“We want to launch a smartwatch at Tag Heuer, but it must not copy the Apple Watch. We cannot afford to just follow in somebody else’s footsteps,” he said.

There’s been a lot of buzz with smartwatches this year with the launch of Android Wear and the announcement of the Apple Watch. These small wristwatches operate as a second screen to the smartphones with access to a range of functions like answering calls, reading texts, responding to messages, tracking fitness and many more. Main players in the tech industry like Apple, Samsung, LG, and Sony and other startups have deluged the smartwatch arena with new entries in various ranges and specs.

However, most devices haven’t delivered according to people’s expectations from a watch. The Apple Watch looks very much like Sony Smartwatch and Samsung Gear products. Even with clever connected features, the first generation Android Wear watches were rather generic.

Tag Heuer will unveil its first smartwatch at the Baselworld 2015, which takes place in March. Biver also said that certain other companies which are part of the Swiss watch industry will be unveiling their own smartwatches at the Basel fair. While he did not disclose any major details about the Tag Heuer smartwatch, it is quite obvious that the smartwatch will hit a premium price range similar to its luxury timepiece collection.

Baselworld showcases some of world’s most luxurious watches, but now we might see a shift towards something more connected than previously seen from the Swiss watch industry.

French luxury group LVMH’s watch brand, Tag Heuer, has its own Android smartphone, but what makes it unique is the use of luxury materials and quality craftsmanship. The brand has also experimented with smartwatches when it created a one-off device for the members of the Oracle sailing team. The luxury watch brand is most likely to go down the same route with the smartwatch. It will certainly be interesting to see what it comes up with.

Royal Dutch Shell commences share buybacks before the end of this year while reducing its first quarter dividend to 16 cents per share, a 66% cut.
35 mins ago