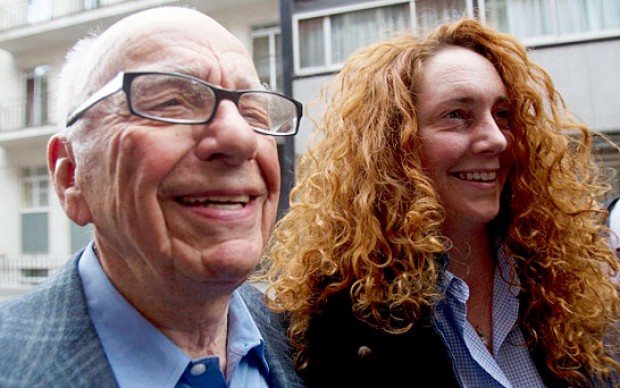 What started off as a typical tabloid tale about media having compromised security issues and having ended up in scandal, seems to have grown in mammoth proportions with fresh allegations emerging regarding the possibility that News Corp. reporters might have illegally accessed  messages of Prince Charles and his wife, Camilla, as well as former British Prime Minister Gordon Brown.

The new charges include journalists from a couple of Murdoch’s other newspapers having illegally obtained information from Gordon Brown’s bank records as well as his 4-year old son’s medical files.

According to further reports by the BBC, other News Corporation reporters tried to buy the personal phone numbers of members of Britain’s royal family, leading to media suspicions that the phone hacking scandal might even have extended to the Queen.

While the phone hacking and bribery scandal that erupted last week could possibly have been slowly quelled after Rupert and James Murdoch announced the closing of the News of the World tabloid, these new charges, if they prove to be true, are likely to wreck havoc across the entire Murdoch Empire.

News Corp. is the world’s second-largest media conglomerate as of 2010 in terms of revenue, and includes the popular U.S – based Fox network. With total holdings worth $33 billion, the other businesses within the Murdoch empire are film studio 20th Century Fox, publishing giant HarperCollins, The Wall Street Journal and the New York Post.

When outrage broke out last week regarding reporters from Murdoch’s News of the World tabloid, having hacked into phone messages of British teen Milly Dowler who was later found murdered, many market experts voiced their opinion regarding the closing down of News of the World being Murdoch’s sacrificial lamb towards salvaging the much more lucrative $12billion BSkyB deal.

Others thought the shutdown might end up being a rebranding exercise, and News of the World would soon be re-constituted in some form. Even others were of the opinion that now News International – News Corporation’s British subsidiary – would up the circulation of its other papers, which include The Sun, The Sunday Times and The Times.

This might not be possible after all, with investigations by news media including the Independent, Channel 4, the Guardian and the BBC, suggesting that journalists from some of News International’s more prestigious papers, i.e., The Sunday Times and the Sun, targeted former British Prime Minister Gordon Brown’s personal details.

And despite Ed Miliband, leader of the Labour Party, having publicly asked for Brooks’ resignation, Murdoch has publicly firmly stood by Brooks’, even as he closed down News of the World.

Effect on the BSkyB Deal

Murdoch had earlier put forth a $12 billion bid to further expand his holdings here, and to take full ownership of BSkyB.

Following the unraveling of the phone hacks and bribery scandals related to the Murdoch empire, that seem to be growing wider and murkier with each passing day, Culture Secretary Jeremy Hunt, who had given preliminary approval to the BSkyB bid, announced that he planned to ask Ofcom, the communications regulator, whether News Corp. is “fit and proper” to hold a broadcasting license.

A broadcasting license would be denied to Murdoch if Ofcom decides that News Corp is not fit to hold such a permit.

After these fresh reports of other News International papers having obtained information illegally, Michael Wolff, Murdoch’s biographer, has stated having heard strong speculation that News Corp may sell or spin off News International.

The scale and repercussions of the scandal are apparent from the estimated $4.7 billion decrease in the News Corp conglomerate’s market value over the past week alone; this despite News Corp’s British newspapers accounting for just over $500 million in revenue, or 5% of the company’s revenue.

Thomas Zurbuchen revealed that seeing the deepest image of the universe for the first time will be akin to witnessing nature “giving up secrets that have been there for many, man
5 hours ago

The SEC said that EY had earlier been intimated about the potential of staff cheating on accountant exams by an employee. Furthermore, even after an internal EY investigation confi
9 hours ago