Symantec might be the next Silicon Valley company to split up 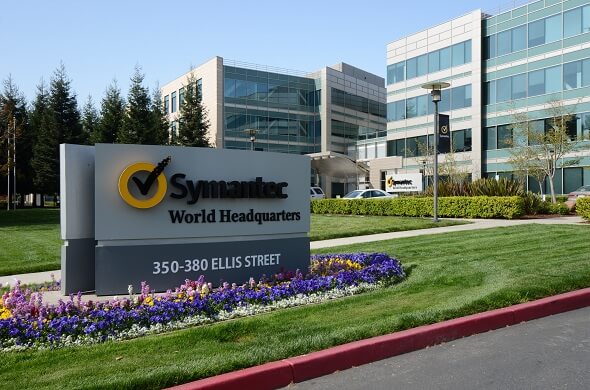 Symantec in presently exploring alternatives to split the company into two separate entities, one unit handling data storage and the other software security, individuals acquainted with the matter revealed on condition of anonymity. The Mountain View, Calif.-based company is the latest to join the ranks of Silicon Valley technology companies trying to adopt a more focused and agile approach by breaking up their business units. While the talks are currently held behind closed doors, announcement regarding the impending split could be less than a few weeks away, a source revealed.

Symantec has a business value of $16 billion.

Hewlett-Packard Co. which is struggling to seek its place in today’s digital era dominated by mobile technology is planning to split into two separate companies, one focusing on corporate hardware and the other on services businesses. EBay Inc. announced a week ago that it would separate its PayPal digital-payments unit and marketplace business into two companies by the end of 2015.

Symantec, a month ago signed up its interim CEO permanently, has been attempting to hammer on its growth. Its revenue fell in fiscal 2013-2014 and is likely to remain unaltered for the current fiscal year, due to the ever slumping PC business that has pleated sales of its antivirus software. It was recently reported that Symantec hired JPMorgan Chase & Co. to explore premeditated options and set a safeguard strategy against activist shareholders.

Symantec has previously dropped the idea of splitting up, sources revealed, but with the new CEO Michael Brown, who advocates for a breakup, it is now more likely for a pro-breakup decision to materialize.

“We are focusing our investments in businesses where demand is greatest and improving operational efficiencies to grow revenue and operating margin,” Brown said in a statement in September when he was appointed as the CEO on a permanent basis. “I look forward to continuing to focus the company’s strategy to deliver for our customers and our shareholders.”

An imminent split may position Symantec’s divided units as acquisition targets, keeping in mind the fact that giants including EMC Corp. as well as Hewlett-Packard Co. have been eyeing its security business or more like an independent security storage business in today’s era of big data, a source revealed.

In the 1990s Symantec helped pioneer anti-hacking technologies, with its Norton Antivirus software that once ubiquitous on the planet. However Symantec has gradually dropped out of security industry that is as vulnerable as its clients.