Symantec and PayPal hit by an Anonymous hacking spree 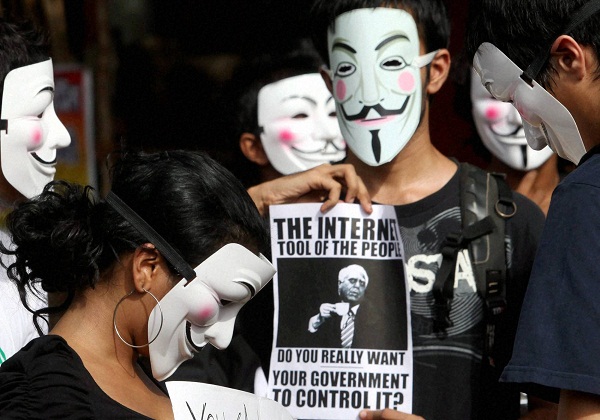 The protest by Anonymous

The Anonymous hacking spree on Symantec and PayPal is apparently just the inauguration of defacements and document dumps on the 5th of November that is marked as the Guy Fawkes Day or a day of protest.

As it was stated by press division of Anonymous, the hacking spree on Guy Fawkes Day was nothing but a mark of protest by Anonymous. According to the assertions made by Anonymous, the account information of both the employees and the users has been dumped by them on accounts of Symantec, PayPal and many websites belonging to the Australian Government and a lot more. The main aim on the 5th of November is considered to be that of an anti-surveillance protest, as with the recent October 20 protest by Anonymous. The Guy Fawkes Day or the November 5th protest is aimed mainly at the surveillance systems like INDECT and Trapwire. According to some of the enemies of Trapwire and INDECT, the surveillance systems run by these companies pose a danger to the civil freedoms but also to the privacy of people. The implementation of these surveillance systems could very well comprise of threats to the violations of human rights.

As per several Anonymous accounts on Twitter, the announcements of these hacks and the linking to the document dumps, is only the inauguration of defacements and document dumps for the day of protest by Anonymous. The news of this Anonymous hacking spree is being shared widely on various social network websites like Facebook, Twitter, Pastebin and YouTube. In their Guy Fawkes Day announcements, the hackers have also included the names of various Australian sites that have been defaced. These sites include for example PayPal, ImageShack, NBC.com, Ascension Australia, Saturday Night Live’s Web site, Ghana Consulate Website  and Australia Arcelor Mittal, etc. The Anonymous hacking spree has also informed that they leaked the source code of the VMware ESX Server Kernel by means of twitter. At this point of time the Anonymous Australia is considered to be the most operative.

The reports from Anonymous:

In an announcement made by the press division of Anonymous through a press release on Pastebin, it had been made clear that it was rallying the common public for a protest at the Houses of the Parliament in London at 8pm. The protest by Anonymous will supposedly be a V for Vendetta kind of protest that will be held in person. Since the House of Commons in Canada has approved of a bill that prohibits people from hiding faces during riots, protestors in Canada are most likely to face a rude surprise in Canada if they wear the Guy Fawkes masks. The developments and the advancements are being watched and followed quite closely and they seem to be happening quite furiously. The Anonymous hacking spree is only the minute portrait of a much bigger picture that is beginning to shape up slowly but steadily. As significant as the day is, Guy Fawkes Day perhaps marks the dawn of the long day in Australia and all over the world.