In a rendezvous with a Swiss newspaper Neue Zürcher Zeitung, Jean-Claude Biver, the head of watchmaking at LVMH, the parent company of TAG Heuer said the company will release a new smartwatch in May 2017. Turns out, the Swiss timepiece manufacturer has unveiled the $1,500 TAG Heuer Connected, its first ever high-end smartwatch.

Over the past 14 months, TAG Heuer saw strong sales for the expensive wrist piece, selling 56,000 units exceeding its initial goal of 20,000 units. All said and done, Biver still considers smartwatch technology to be in the “Stone Age,” with incremental future potential. The 157-year-old Swiss watchmaker aims to see around 150,000 units of the new version. It will tap into Mainland China and Europe to recover from the slowdown from last year.

Jerry Bautista, vice president of New Technology Group at Intel says TAG Heuer Connected is a luxury Android Wear module. TAG Heuer worked with Intel to build the watch like any other luxury watch. The smartwatch is modular, so one can customize its body parts before they make the purchase. One can pick from different colors, “modules, bracelets, horns and buckles.” TAG will also let you swap the module for mechanical or trade the entire kit for a Heuer 02T Tourbillon Chronograph. 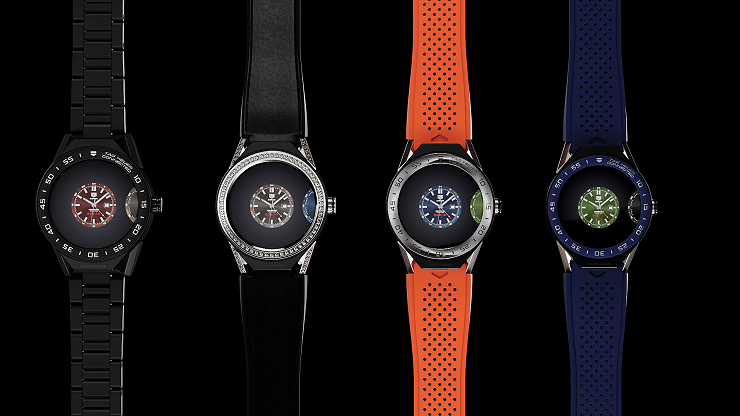 Dubbed the Modular 45, it comes in 56 versions, available in titanium, rose gold, ceramic and diamonds. One can get a module that will have a traditional face instead of the smartwatch one for an additional $1,650. The smartwatch features a larger screen and is powered by an Intel Atom Z34XX processor. It operates either on Android or iOS systems. Additionally, it has a memory of 4 gigabytes and a battery that lasts more than 24 hours. It also comes with Wi-Fi and GPS and can make mobile payments.

Luxury smartwatches are touted as the next wave of digital innovation. The reality is much different though; smartwatches pale in comparison to notable brands like Rolex and Audemars Piguet. The limited functionality has reduced the smartwatch to a digital watch. For example, one needs to purchase an accompanying smartphone of the same brand to make phone calls.

Most smartwatches lack craftsmanship of the traditional timepieces. While Apple and Samsung have dominated the smartwatch market, the sector has diminished over the last fifteen months. A few smartwatch manufacturers like Apple, Samsung, Pebble and Garmin have remained lucrative players. The rest, are either going out of business or pivoting their business models.

Anna Domanska
Anna Domanska is an Industry Leaders Magazine author possessing wide-range of knowledge for Business News. She is an avid reader and writer of Business and CEO Magazines and a rigorous follower of Business Leaders.
« Intel Acquires Mobileye for a Whopping $15.3 Billion
Engie SA considering $19.8 billion Innogy acquisition »
Leave a Comment
Close

Two tweets were posted using NFT artist Beeple’s account. The first one promoted an exclusive collection with Louis Vuitton. The second tweet announced that Beeple would soon rel
46 mins ago