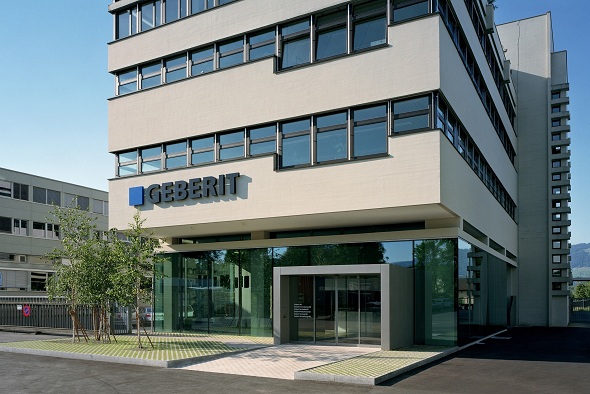 Geberit of Switzerland, maker sanitary equipments, said it would buy Sanitec Corporation, Finnish maker of toilets and bathroom ceramics, for $1.4 billion in cash, in what could be marked as its biggest acquisition by CEO Albert Baehny.

“The outstanding reputation of both companies for product quality and reliability, service and innovation combined with strong brands make this combination a perfect match,” Albert M. Baehny, of Geberit, said in a news release.

Shareholders of Sanitec, which is listed on Sweden’s stock exchange, will receive 97 krononr per share, esteeming the company at 9.7 billion kronor, Geberit said in a statement today.

“We are amazed by this move,” Andre Kukhnin, a Credit Suisse analyst, wrote in a memo to its clients, further stating that a transformation in the competitive scenario and Sanitec’s share value decrease from July’s 90 kronor may have pulled in the offer. Geberit “consistently commented on the ceramics market as unattractive, because of its competitive nature and resultant low operating profit margins.”

Joining Helsinki-based Sanitec’s quality in toilets, basins, bathtubs and bidets with Geberit’s aptitude in plumbing, flushing and piping system would make an organization with market value of about $3.4 billion. The transaction, supported by stakeholders EQT and Zeres Capital, may likewise support Geberit’s sales as Europe’s building industry crawls out of a dark period of recession.

“It’s impossible to find any acquisition target with our margin level,” Baehny said. “Either we stick here and refine our results, or we make a move,” he remarked on the acquisition. Geberit will pick up a solid footing in emerging markets, for example, Russia and Turkey and also have enhanced access to buyers through the acquisition, the official said.

“The industrial logic for this is compelling,” Peter Nilsson, the Sanitec president and chief executive, said in a news release. “With a unique complementary offering for in-house water and sanitary management, Geberit and Sanitec will create an unrivaled European player, both in front and behind the wall.”

EQT sold 50% of its 40 percent stake in May in Sanitec, which promotes brands, like Twyford and Keramag in the U.K. and Germany respectively. This is the biggest deal for Geberit, the producer of the Aquaclean shower toilet.

Geberit said it could in any case withdraw its offer, refering to a rundown of seven terms that must be satisfied. These incorporate no other contending offer with more positive terms, and no surprising material progressions to sales, profit and liquidity at Sanitec.