July 4th fireworks have a long, dazzling history, but the story of how they become a tradition on Independence Day dates back to 1776.

Fourth of July is Independence Day for the United States of America, and it is a day marked by fireworks displays, parades, family outings, barbecues, and picnics. This day without the traditional July 4th fireworks in the US is not complete. Generally, Americans blow up nearly a billion dollars in smoke every year that is beside the associated injuries.

History of Fireworks on Fourth of July

July 4th is the day that the 13 colonies of Britain adopted the Declaration of Independence in 1776, and hived off from the motherland’s hegemony. It was declared a federal holiday from 1941.

The independence was a culmination of the American Revolution that started in 1775, where the colonists fought the British army and gained independence a year later.

The tradition of celebrations started with the burning of the effigy of King George III as a way of marking the end of the monarchy. Festivities including concerts, bonfires, parades and the firing of cannons and muskets usually accompanied the first public readings of the Declaration of Independence.

The first Fourth of July fireworks show was held on 1777, during the first organized celebration of Independence Day in Philadelphia. 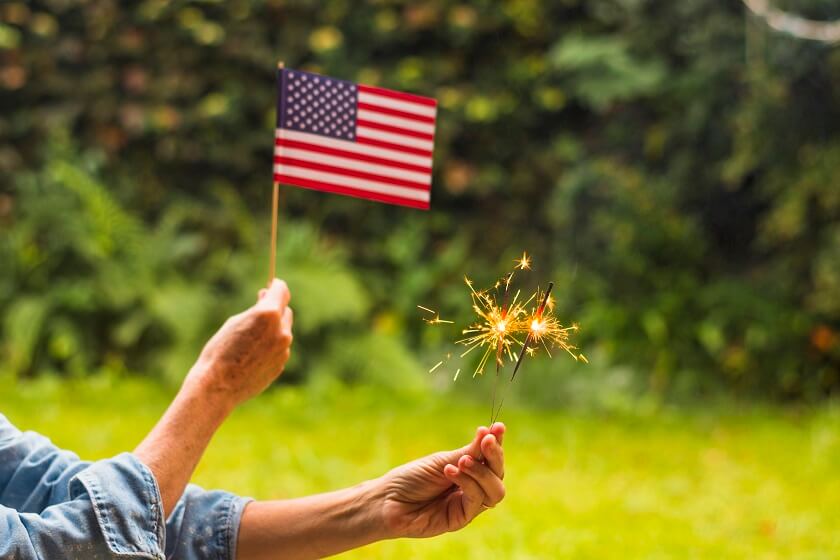 Our forefathers celebrated Independence Day with the burning of effigy of King George III. Why do Americans celebrate July 4th with fireworks display?

The Pennsylvania Evening Post reported: “At night there was a grand exhibition of fireworks (which began and concluded with thirteen rockets) on the Commons, and the city was beautifully illuminated.”

The celebrations with fireworks started gaining popularity as more victories were won against Britain in 1812 and then in 1871.

Slowly, the cannons and gun salutes were replaced by fireworks’ show due to the danger ammunitions posed.

By 1898, a reporter would note that “the American Fourth of July is the greatest event the maker of firecrackers knows.”

Since the day falls in the middle of summer, the celebrations were held outdoors, and activities like cookouts, picnics and family gatherings with competitive events were added to it.

Almost 99 percent of the nationwide celebrations of the 1 billion worth of fireworks come from China.

This year, due to the Pandemic, people are restricted to homes and no social gathering; hence one way to mark the day is by lighting up the skies. TNT Fireworks, a national brand of fireworks and a distributor with multiple temporary locations, has seen an uptick in sales nationally, according to a local website.

Fireworks sellers are seeing a huge jump in sales, some are reporting over 200 to 300 percent rise in sales, according to Julie Heckman, president of the American Pyrotechnics Association.

“Sales also are higher when the Fourth of July holiday falls on a Saturday, as is the case this year,” said Sherri Simmons, a spokesperson for TNT. “Customers are making their purchases earlier in many cases to avoid long lines closer to the holiday.”

Fireworks injuries are pretty common in the one month period around July 4th. So much so that some states have banned fireworks, some only allow them on one day—July 4th and others only allow sparklers and small fireworks, which are considered less harmful.

Krispy Kreme, the popular donut chain, aims raise roughly $4 billion as it makes one of the biggest IPO debuts at the NYSE.
11 hours ago