Surplus US Shale Leads to Gas Shortage in Mexico 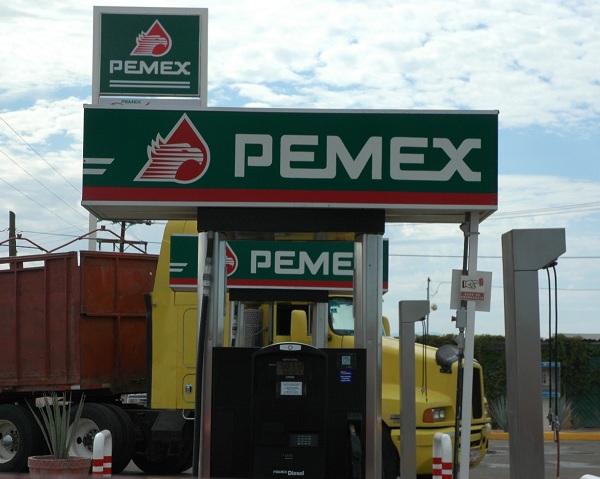 Mexico has been forced to reduce supplies of natural gas to several of its biggest consumers by almost as much as 45 percent in order to keep up with the increasing demand from steelmakers like Arcelor Mittal and Ternium SA to households.

Monopoly contractor, Pemex, began to reduce gas supplies on a case-by-case basis due to the government studies imposing the measure on every company and the ongoing gas supply shortage in Mexico. Pemex has already improved imports coming from the U.S. to record levels this year due to its state-owned pipelines functioning at only 95 percent of its overall capacity.

The second largest economy in Latin America faces a holdup due to the ongoing energy whiplash arising from the shale gas boom in the U.S. Mexican gas rates are connected to the prices in the U.S., where increasing supplies from shale fields led to prices of gas dipping down to the lowest in 10 years. This reduced the wholesale price in Mexico by 32 percent in the previous year. Manufacturers are unable to obtain the required amount of energy.

The deficiency of natural gas seems to be affecting corporations both technically and economically. The gas supply shortage in Mexico has been led to a reduction by almost 40 percent to 45 percent of what was originally determined in some plants.

Pemex got in touch with all its clients for the 15th time in the course of the year to suggest that they trim down on consumption or face partial deliveries in comparison to the 18 times in the whole of 2011.

According to market analysts, the trouble has mostly got to do with pricing instead of reserves and pipelines. Companies ask for the same price in the U.S. when the reality of supply is vastly different in the U.S.

Even official discussions regarding the increase in imports of liquefied natural gas from other regions in exchange for larger rates to consumers did not yield any results.

The longer the period of gas supply shortage in Mexico continues, the more it is probable that companies based in the U.S. will profit. Pemex has several projects lined up to add to the number of pipelines from other points in the U.S., but they will not likely start operations before 2014. The majority of its supply, derived from domestic gas and shale fields, has in a similar manner suffered from the lack of demand growth. Pemex’s monopoly for the production of gas usually deals with leaving fields with as much as 1 trillion cubic feet of gas reserves and shale fields to lie idle as the cheap prices currently seen in North America is likely to deter investments. On the other hand, the constitution of Mexico prevents private companies from proceeding forward with such projects due to the gas supply shortage in Mexico.

The output is also limited due to the equipment which dates back by decades and a policy of prioritizing ventures in crude oil projects. The domestic sale of natural gas in Mexico has increased by 70 percent in the course of the previous decade, crossing a 46 percent increase in the level of production.

U.S. exports via pipeline to Mexico attained an all-time high of 5.2 billion cubic feet in the month of May as formations from shale fields led to a rise in U.S. output.

US Federal Reserve is charging investors with inflationary pressures by putting up interest rates to create a response to the surging inflation.
4 hours ago

Changpeng Zhao, also known as CZ, is now the 11th richest person in the world with an estimated net worth of $96 billion.
5 hours ago

The stock was listed at $78 per share and later rose to $172.01 within five days. The Rivian IPO buoyed investor spirits and was the largest IPO in the US after 2014.
8 hours ago